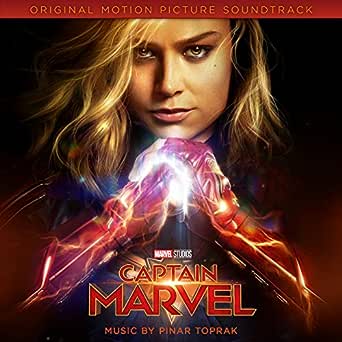 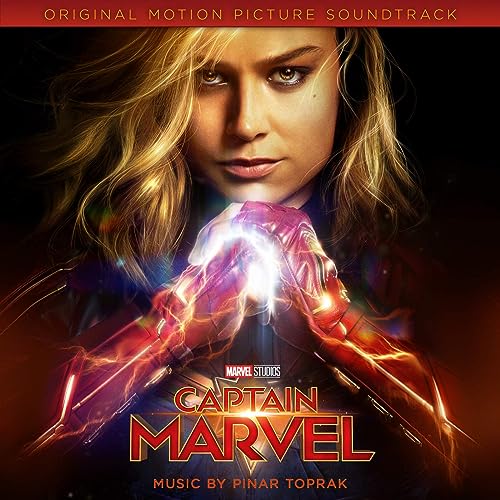 3.7 out of 5 stars
3.7 out of 5
38 global ratings
How are ratings calculated?
To calculate the overall star rating and percentage breakdown by star, we don’t use a simple average. Instead, our system considers things like how recent a review is and if the reviewer bought the item on Amazon. It also analyzes reviews to verify trustworthiness.
Top reviews

alan darklighter
1.0 out of 5 stars Do not care for formats
Reviewed in the United States on March 19, 2019
WHY ISN'T THERE EVER PHYSICAL CD'S TO BUY ANYMORE! NOT HAPPY.
Read more
64 people found this helpful
Helpful
Comment Report abuse

lifevoyager007
5.0 out of 5 stars Fantastic soundtrack!
Reviewed in the United States on March 8, 2019
Verified Purchase
Fell in love with the music of Captain Marvel while in the theatre and immediately searched up the mp3 album on Amazon. Pinar Toprak does a fantastic job of fusing electronic and orchestral sounds to create a strong, yet emotionally resounding musical identity for the film. I do wish that the 1990s songs featured in Captain Marvel (such as "Man on the Moon" by R.E.M., "You Gotta Be" by Des'ree, and "Come as You Are" by Nirvana) were on this album. However, maybe a "mixtape" similar to Guardians of the Galaxy: Awesome Mix Vol. 1 will be released in the future?
Read more
25 people found this helpful
Helpful
Comment Report abuse

Lily Potter
3.0 out of 5 stars GIVE US IN CD!!!!
Reviewed in the United States on March 18, 2019
Come on, give us in CD format. All other marvel movies have their soundtrack in CD, why does Captain Marvel hasn't got one?
Read more
51 people found this helpful
Helpful
Comment Report abuse

Rivkah Rance
1.0 out of 5 stars ALL BACKGROUND MUSIC! NO 90'S HITS!!!
Reviewed in the United States on June 15, 2019
Verified Purchase
This is BS. Since when does a sound track not include the actual songs from the movie. I mean the REAL songs not the background music. There is a lot of really good 90's songs on this movie. Not one of them are in this soundtrack. WTF! how do I get a refund!😠
Read more
17 people found this helpful
Helpful
Comment Report abuse

Hard Hero
4.0 out of 5 stars Captain Marvel Soundtrack not including 90's
Reviewed in the United States on March 10, 2019
I love this, but if you are looking for the 90's songs you have heard from the movie. they are not in this album. You can buy them individually at Amazon Music. The best track is Celebrity Skin by Hole and I am only Happy when it Rains by Garbage.
Read more
44 people found this helpful
Helpful
Comment Report abuse

JBL
4.0 out of 5 stars Great score
Reviewed in the United States on March 17, 2019
Verified Purchase
It's not as unique as Mark Mothersbaugh's RAGNAROK score, but it's definitely one of the better Marvel soundtracks.
Read more
5 people found this helpful
Helpful
Comment Report abuse