You've subscribed to The Faction War Chronicles! We will preorder your items within 24 hours of when they become available. When new books are released, we'll charge your default payment method for the lowest price available during the pre-order period.
Update your device or payment method, cancel individual pre-orders or your subscription at
Your Memberships & Subscriptions
There was an error. We were unable to process your subscription due to an error. Please refresh and try again. 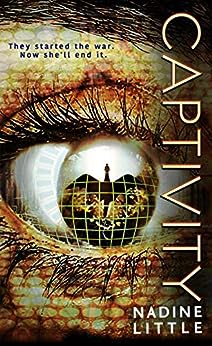 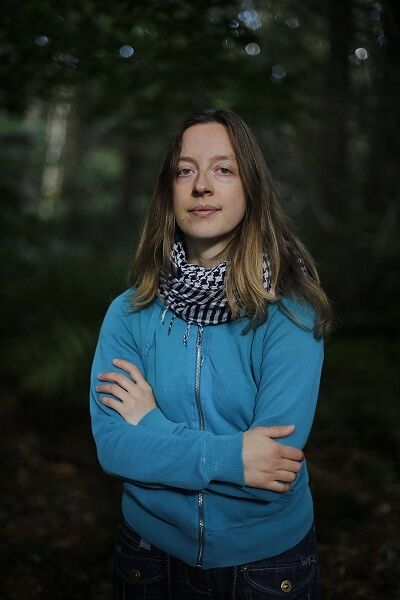 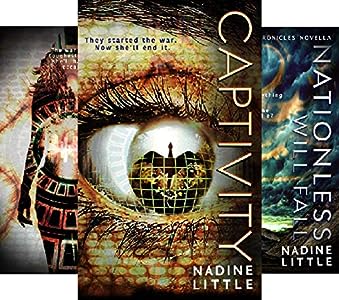 "This striking debut takes us to an alternate version of Scotland wherebrutal factions reign supreme and our heroine Anita seeks justice forher murdered sister. What follows is a twisting tale of betrayal,vengeance, and fighting against forces that seem to be too powerful todefeat.

Author Nadine Little has produced a superb work ofgraphic dystopian adventure that delivers in every brutal detail of itswell-developed reality. From just the first few pages you are thrustinto this world and committed to it, understanding the relationshipsbetween different factions and the complex social structure of the world in which Anita tries to survive. Though it is indeed an extreme worldwith some very harrowing experiences, these serve to produce a hero whonever shies away from the fight, and in Anita, there's a bright futurefor powerful female leads in the action genre. The plot is aswell-conceived as the immersive world in which it takes place, and there are some masterful heart-stopping moments that readers will neverforget. Overall, I would highly recommend Captivity to fans seekingbrilliantly brutal dystopia, and a promising new author in the field."- K.C. Finn for Readers' Favorite

This book has been two decades in the making and I can't believe it's finally been published. It started out from a dream I had as a teenager and my mum read that first, handwritten copy, which was terrible. In my dream, all the adults had fled the country, leaving the teenagers at war with each other and they split Scotland into factions.Bit of a weird dream for a thirteen-year-old.Obviously, a whole country version of 'Lord of the Flies' wasn't believable so the story has developed over the years into what it is today--a tale of Anita Carmichael's search for the truth about who killed her sister and started a war.And it's no longer terrible.

Nadine Little lives in Scotland and is an ecologist with a particular interest in botany. She writes science fiction and fantasy in her spare time when she's not reading or playing Worms on her PlayStation. The year 2020 seemed the perfect time to publish her debut trilogy, The Faction War Chronicles, since it all went to hell. Sometimes she worries that people will look at her differently once it's published. But not really.
Read more

Edward V. Fuller
4.0 out of 5 stars Gritty Action Tale of Multiple Betrayals
Reviewed in the United States on January 22, 2021
Verified Purchase
I’m sure Ol’ Blood & Guts Patton would have enjoyed this book. The near future weapons are creative. The protagonist is tougher than a cheap steak, and gets pulverized for much of the book. Her vicious skillset powers her through a treacherous maze of murky factions, enemies, and frenemies.
Read more
3 people found this helpful
Helpful
Report abuse

Sarah Smith
5.0 out of 5 stars An intense and empowering read!
Reviewed in the United States on January 11, 2021
Damn this book! I don't normally read dystopian books like this, but I loved Nadine Little's debut. Such a creative concept and the author executed it so well. The worldbuilding was incredible--I honestly felt like I was in this dystopian military Scotland and it kind of freaked me out haha--in a good way! Anita was such a badass. So full of fight and spirit and refusing to give up. Excited for the rest of this series!
Read more
2 people found this helpful
Helpful
Report abuse
See all reviews

Colin Mitchell
5.0 out of 5 stars Pure dead brilliant!
Reviewed in the United Kingdom on October 23, 2020
Verified Purchase
As a debut novel, this dystopian adventure fairly rattles along. Once you get your head around the setting in a future Scotland, you are drawn in to the life of the protagonist Anita and her search for her sister's killer. Full of descriptive imagery (some not very nice), this book shows an author who is willing to let her imagination take her and this reader to places never previously experienced. A thrilling read which kept me up till the small hours, such was its grip. I look forward to the next volume in Anita's story through a country dominated by warring factions in desolate and dangerous countryside.
Read more
2 people found this helpful
Report abuse

Scottish Customer
5.0 out of 5 stars Distopian Scotland's not a place I'd want to live.
Reviewed in the United Kingdom on October 8, 2020
Verified Purchase
Captivity paints a picture of a very bleak future I hope we never see, but the story is well written. This book is full of action, betrayal, and death - some very messy ie dystopia, but ends with a glimmer of hope. If this is your genre, I can thoroughly recommend reading it. Nadine has crafted an interesting version of Scotland, full of intrigue, plots and nasty beasties.
Read more
2 people found this helpful
Report abuse
See all reviews