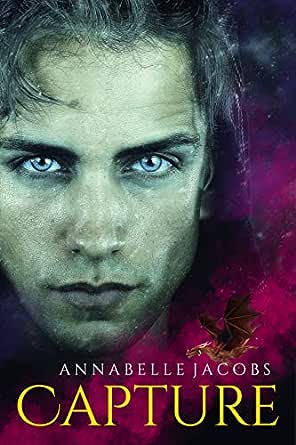 You've subscribed to Torsere! We will preorder your items within 24 hours of when they become available. When new books are released, we'll charge your default payment method for the lowest price available during the pre-order period.
Update your device or payment method, cancel individual pre-orders or your subscription at
Your Memberships & Subscriptions
There was an error. We were unable to process your subscription due to an error. Please refresh and try again. 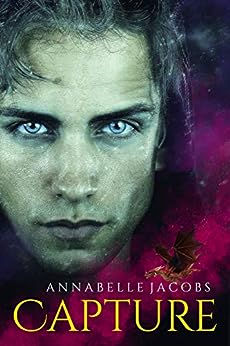 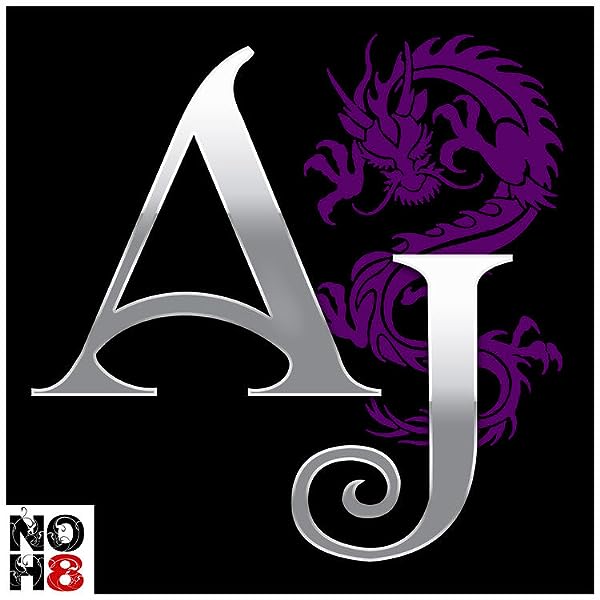 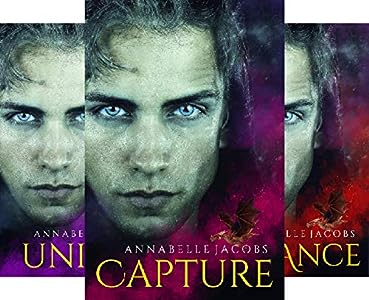 Book UNfunk
4.0 out of 5 stars There's no question Jacobs delivers clever and captivating fantasy stories...
Reviewed in the United States on November 8, 2020
There's no question Jacobs delivers clever and captivating fantasy stories. I believe she's a wolf wizard and was looking forward to diving into her world of dragons. I don't know about you, but right about now any sort of magic calls me to...kindle, take me away! This is the first of her 'Torsere' trilogy and it's clearly setting the stage while simultaneously sparking a fire between King Ryneq and his dragon rider, Nykin. I was easily caught and knew from experience the hooks would only dig deeper as the series continues. Add in a fake relationship and my mouth was watering. And just as expected, as soon as I finished the final page I was queuing up the second story. But before I get ahead of myself, let's start at the beginning...

What's to like: This unique world has magical elements but it's not strictly supernatural. Torsere is a place full of humans, both royal and common. A limited number are born enchanted with the ability to bond with dragons. Sounds cool, right? Many moons ago the dragons took refuge in the kingdom negotiating a deal to benefit both the people and the dragons. Nykin was blessed with the ability and only recently bonded with his dragon, Fimor. Nykin is young, brave, and eager to prove his loyalty. As the story unfolds we are introduced to more mystical creatures, such as elves and witches. Of course, there are good and bad. A fragile peace has kept things quiet but when Ryneq is kidnapped a burst of turbulence takes everyone under. War ignites and an action-packed rescue mission kept me on the edge of my seat. Good stuff my friends!

What's to love: Even with a hefty plot, the guys soar to the top. I fell victim to the king's charm and was rooting for our dragon rider from the first moment of his mission. Save a life and steal a heart...what more can you ask for? Well, how about faithful friends, a delightful sibling, and sharp-witted dragons...oh, and I can't forget steamy sexual tension and daring battles! I enjoyed the unexpected moments as much as the anticipated ones. I loved the banter and the danger. I loved the passion and the excitement. Romance wasn't the heartbeat of this tale but it was a steady pulse. I have no doubt it's only going to get hotter and grip even tighter with the next book. Can't wait to find out!

Beware of: This introduction is an entertaining keystone...sure to whet your appetite. Dragon bonds are intimate...yet limited. And the king may be captured...but so is his heart.

This book is for: If you need an escape this magical ride is guaranteed to take you away!
Read more
Helpful
Comment Report abuse

Rebecca Slone
VINE VOICE
5.0 out of 5 stars 4.5*
Reviewed in the United States on September 13, 2020
This was a good start to this series. I was intrigued, of course, by Nykin and his dragon to want to read it, but it was more than that. It felt like a good story in the making here and I wasn’t wrong. I’m very happy with how it turned out and I’m curious to see what is going to happen next.
Nykin loved being a dragon rider. Since marked at birth, he couldn’t wait to be bonded with his own dragon. And he was. Their bond was strong, but only would become stronger when Nykin actually fully trusted Fimor, his dragon, knew best, even when Nykin thinks he didn’t. But only being bonded a year, it would take a little time. But the love they already had for each other was obvious in all they did. But just when things seemed to calm for a moment from attacks from others, and the wedding of the princess seemed to finally be going forward, a sneak attack came, that ended with the king kidnapped and the princess in hiding. And with how Nykin felt about Ryneq, although he denied it, he wanted to go save him and now. But they had to make a good plan. Regardless, Nykin was going in. He knew he would be the best choice. He was the most expendable. But none of them have a clue of how far deep the spies are or who they are. And Nykin is about to face certain death when they catch him. It’s going to be a fight to see if the plan they have works, or if it falls apart before their eyes.
I was so enraptured with Nykin from the get go. I love his energy, his enthusiasm and his love of Fimor and their bond. He’s incredibly brave and sometimes a bit strong willed. But only because he’s young and has more to learn. But that doesn’t stop him from making sure all is right between him and Fimor or stop him from being brave when needed, even if he’s scared to his core. It’s amazing how incredible he really is and I had to laugh when Fimor was trying to get the King’s attention with Nykin. Ryneq was already incredibly aware of Nykin, but he had to run a kingdom. And with the threats at every turn, he felt he had no time for a fling. And that’s all it could be for now. And Nykin is not a fling kind of man. But sometimes I wanted to shake Rykin because you have to take opportunities when they come because life isn’t a sure thing. As he quickly learned. I think who made this book even more for me though, was Fimor himself. His personality is off the charts. His sarcasm, his quick wit, his humor. He was the one who made things more interesting. And I love how he’s willing to risk it all, for his rider, who he would snort at than admit, he’s quite fond of.
It’s a good start to this series. Espionage, kingdoms in wars, elves, dragons, magic. Mystery, intrigue. All the good stuff to make it a page turner you can’t put down.
Read more
Helpful
Comment Report abuse

Evelise @ S.E.X. Reviews
4.0 out of 5 stars Unique World
Reviewed in the United States on August 12, 2020
I enjoyed Capture (Torsere Book 1) by Annabelle Jacobs. Not usually a fan of books that require a glossary, Capture did not disappoint and the book was easy to follow. The King of Torsere, Ryneq and dragon rider Nykin made an imposing pair. Circumstances brought the two men together for the greater good of the kingdom and the safety of all, allowing them to also explore their attraction and act upon it.
I enjoyed the personalities of both Ryneq and Nykin, but especially the dragon rider. Fimor the bonded dragon to Nykin stole the show with his humor and wit. Slightly temperamental, the dragon added to the overall storyline and gave the reader a greater glimpse between rider and dragon.
Ms. Jacobs’s world was unique with twists and turns and open ended to allow the evolution of the subsequent books. As a fan of Ms. Jacobs, I look forward to reading the remainder of the series.
Sexy & Sizzling
A four handcuff review
Read more
Helpful
Comment Report abuse

WendyM
3.0 out of 5 stars Dragons!
Reviewed in the United States on August 12, 2020
I liked this book, I think due to it being the first book in the series and being a Fantasy book we had to go through the world-building before we can actually get into the romance. I'm okay with that, we need to know who is who and what everyone does throughout the series.
Dragons! A dragon rider and a king, what can be better than that? I liked Nykin right out of the gate, I think he states what he wants and loves his job. Ryneq, he took a little while for me to like, I'm not sure what it was that held me back from liking him at the beginning of the book.
All in all, it was a good read and I look forward to book two.
Read more
Helpful
Comment Report abuse
See all reviews

Rowan
5.0 out of 5 stars Exciting
Reviewed in the United Kingdom on August 20, 2020
Verified Purchase
Another series that has now for me hanging, waiting for the next book to come out. I love books with magic, dragons and to boot it also has elves and a great story to bind them all together
Read more
Report abuse