Add to Cart
$18.88
& FREE Shipping on eligible orders. Details
Sold by: Amazon.com
Have one to sell?
Sell on Amazon 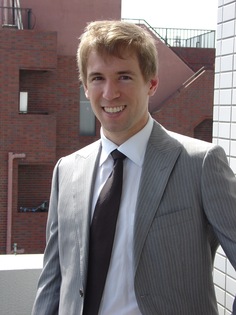 The author has been studying Chinese for the past eight years. Starting with no background in the language he studied hard at Cornell, went to Beijing, met his beautiful wife, and now speaks Chinese every day. Disappointed with the quality of intermediate and advanced Chinese books, he wrote this book focused on easing the intermediate/advanced student into reading some of China's best literature. He currently lives in Japan where he continues his passion for learning languages. He continues to study Chinese and is in now learning Japanese as well.

Karen Nelson
5.0 out of 5 stars Excellent adaptation
Reviewed in the United States on February 1, 2017
Verified Purchase
I haven't gotten far yet, but I'm enjoying the story SO MUCH MORE than a graded reader! The glosses (footnotes) are very detailed and wide-ranging (everything from obscure characters to historical events to schools of Confucianism) So far, based on what I've read, Lu Xun has a wry sense of humor. The pictures are also intriguing and a welcome respite from some of the heavy-going reading. If you're impatient with your Chinese reading options and hoping to absorb some history and culture, give it a try!
Read more
Helpful
Comment Report abuse

Eager Reader
5.0 out of 5 stars A great service for Chinese learners
Reviewed in the United States on December 27, 2016
Verified Purchase
I cannot give a strong enough endorsement of the Capturing Chinese edition of Ah Q. What these editions do is replace the tepid, meaningless passages from Mandarin textbooks and replaces them with the most well-known and influential works of Chinese literature. The footnote translations of words adds history and meaning to the process of language learning. I find this incredibly important, because languages are not arbitrary conglomerations of symbols and sounds; rather they are the collective creations of nations and cultures and each word is imbued with history and meaning. These editions make the cultural significance of the Mandarin language slightly more accessible to 假洋鬼子 like myself. After I read Ah Q I bought two other editions of Capturing Chinese and eagerly await their arrival.
Read more
Helpful
Comment Report abuse

Student of Chinese
5.0 out of 5 stars A Treat for Students of Chinese
Reviewed in the United States on January 16, 2012
Verified Purchase
I've been studying Chinese for a few years now and consider myself at the intermediate level, perhaps approaching the advanced level, and I loved this book. The story was interesting and the book was extremely helpful in not only building my vocabulary but also reinforcing my existing vocabulary and what Chinese grammar I know. I'll soon order another of these books (haven't decided which one yet) and get the feeling that I'll wind up getting the entire series.
Read more
4 people found this helpful
Helpful
Comment Report abuse

Orna Taub
5.0 out of 5 stars increases language skills and very enjoyable too.
Reviewed in the United States on July 15, 2014
Verified Purchase
i enjoyed the beautiful stories very much and in the same time increased my vocabulary and mastering in the language.
Read more
Helpful
Comment Report abuse

Annie Cannistra
5.0 out of 5 stars Chinese book gift
Reviewed in the United States on January 8, 2012
Verified Purchase
I bought this as a gift. The receiver of the gift loved it and felt it was great and is enjoying it.
Read more
One person found this helpful
Helpful
Comment Report abuse
See all reviews

rainydayinTO
5.0 out of 5 stars Excellent series
Reviewed in Canada on July 17, 2013
Verified Purchase
The Capturing Chinese series is a godsend for anyone whose Chinese is, like mine, permanently stuck in that twilight intermediate zone where the beginning readers are too easy but newspapers or real literature are too hard. I have the CC edition of Lu Xun's Nahan, where the characters (in simplified Chinese), pinyin and glosses of hard words are all on the same page. In this edition, the pinyin is collected at the end of every chapter, but the glosses are still on the same page as the text. It is mind-boggling to me that no one ever thought of doing this before! Lu Xun is a terrific writer--Ah Q has to be among the best short stories of all time, in any language. I don't think anything in Chinese has ever made me laugh out loud before (unfortunately, due to my schooling, I have always associated this language with prim, self-righteous texts), but the Capturing Chinese decision to concentrate on Lu Xun's writings brings a breath of fresh air to anyone who has ever struggled with their motivation in learning Chinese because the stuff they were given to read was so un-hip.
Read more
One person found this helpful
Report abuse
See all reviews

Page 1 of 1 Start overPage 1 of 1
This shopping feature will continue to load items when the Enter key is pressed. In order to navigate out of this carousel please use your heading shortcut key to navigate to the next or previous heading.
Back
Next
Pages with related products. See and discover other items: lu xun, mandarin chinese english dictionary, chinese to english dictionary