You've subscribed to A Calamity Falls Small Town Romance Novel! We will preorder your items within 24 hours of when they become available. When new books are released, we'll charge your default payment method for the lowest price available during the pre-order period.
Update your device or payment method, cancel individual pre-orders or your subscription at
Your Memberships & Subscriptions
There was an error. We were unable to process your subscription due to an error. Please refresh and try again. 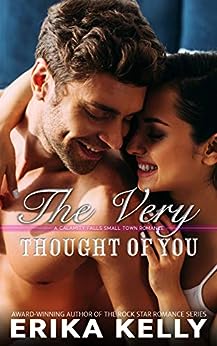 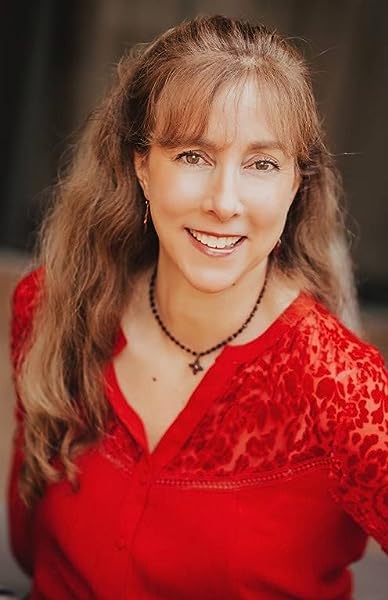 An Amazon Book with Buzz: "Punch Me Up to the Gods" by Brian Broome
"One of the most electrifying, powerful, simply spectacular memoirs I—or you— have ever read." —Augusten Burroughs Learn more
Books In This Series (9 Books)
Complete Series 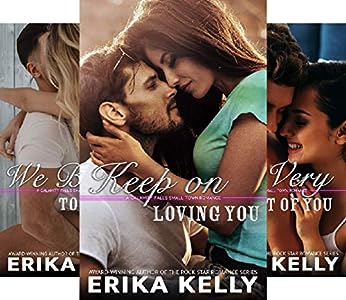 "I loved the previous two books in the series and this was no different. Gray and Knox's friends to lovers story was everything I'd hoped for. Gray has been in love with Knox his entire life, but he couldn't be with her because she dated his best friend. Erika Kelly has been my go-to author when I want a well written contemporary romance with a hero that will make me swoon. I highly recommend this series!" -- author Shelly Bell

"THE VERY THOUGHT OF YOU is a story of second chances; of friendship and family; of betrayal and heartbreak; of addiction and loss. The premise is engaging and captivating; the romance is seductive and spicy; the characters are colorful, energetic and inspiring." -- The Reading Cafe
"This book is a captivating read that had me on chapter one. I was hooked on this emotional journey. I read the book in one sitting, I simply couldn't put it down, I had to know what happens next. THE VERY THOUGHT OF YOU is a beautifully thought out, beautifully told and beautifully written second chance romance, a rom/com of it's finest. I give 4.5 stars and can't wait for We Belong Together." -- Goodreads reviewer

Please note that 10% of pretax income on all Erika Kelly books goes to the Semper Fi Fund, which provides immediate financial assistance and lifetime support for wounded, critically ill and injured members of the U.S. Armed Forces and their families, directing urgently needed resources to post-9/11 service members. To see how you can help, please visit them at semperfifund.org/

4.7 out of 5 stars
4.7 out of 5
56 global ratings
How are ratings calculated?
To calculate the overall star rating and percentage breakdown by star, we don’t use a simple average. Instead, our system considers things like how recent a review is and if the reviewer bought the item on Amazon. It also analyzes reviews to verify trustworthiness.
Top reviews

Christine Blood
4.0 out of 5 stars The Careless Boyfriend
Reviewed in the United States on March 17, 2021
Verified Purchase
I Loved this book and I probably laughed a little more than I should have.
Gray has loved Knox since they were teenagers, however she was seeing his one of his best friends. I really enjoyed how Knox and Gray got back together (which is where I had a laugh) Gray doesn’t hesitate to step up and help Knox out. He feels terrible and needs to help her. It was a little heart breaking watching them try to figure out where they stood in the past and how they could make it a future.
Read more
Helpful
Report abuse

Linn Christine
5.0 out of 5 stars Swoon!
Reviewed in the United States on June 25, 2019
Verified Purchase
I loved this story! Emotional and well written with all the swoon worthy book boyfriend-elements I'm used to from Erika Kelly. A complicated history can't keep this couple apart.
Read more
Helpful
Report abuse

judy howard
5.0 out of 5 stars Jude
Reviewed in the United States on October 4, 2020
Verified Purchase
I just finished book 3 in the Calamity Falls series and absolutely loved it. I cannot wait to read number 4.
Read more
Helpful
Report abuse

Mariisms
4.0 out of 5 stars Not a careless friends to lovers romance
Reviewed in the United States on May 1, 2019
Nothing says angst like unrequited love. Though I'm not a fan of it, I was glued to this. I've enjoyed the first two Bowie brothers I was curious about Gray. Gray and Knox were childhood friends, Robert their other friend and an ex of Knox was an addict. He was part of the reason there was a rift in Knox and Gray's relationship. While Knox was from the other side of the tracks, Gray was always there for her and it was hard when the Robert turned out had an addiction it was more than they could handle. Knox wanted to stick bu her ex so badly even when it was toxic. Gray knew it was a never ending cycle that he'd never get out of with him being in love with best friend's girlfriend. That may have caused the whole falling out with Knox but I think what he did was wake up call.

Years later they bump into each other while that may have cause a huge problem for Knox and her fashion dreams. Gray was her huge help and got her back on track. She might feel like he's doing it again like when they kids but she doesn't know they extent of his feelings that he would do anything for her. I swear everyone needs a Gray someone to always help you, support, be a good shoulder to lean on. I don't get why Knox always pushes Gray away even when the feelings come out. It's frustrating to see Gray hurt with each rejection, it's true though Knox does have one foot out the door in a way. Waiting for her big break even if she has a good thing in Calamity. I don't blame her with the bullying and her past but I would be more honest about that. But she's too in her head at times too.

Tension between them is crazy waiting for it to finally light a match. When things just start to get better, Robert comes back into the picture making things difficult. Bringing back past worries and insecurities but also a big opportunity for Knox. Trusting him and all those confusing emotions with it made it difficult for her and Gray. It was a mess. Gray has always had issues with being not noticed so this hit a soft spot, Robert was always a contention between them. But that ending though way to go big for them both. I just wished it didn't have to come with all that drama with it. Gray is awesome and so dedicated, his love Knox shines bright she only needed to let it in and return it.

I wasn't too keen how this ended but it made sense after how it all started. Fashion industry can be cut throat. Gray did not fit the careless boyfriend title at all he was great. Bowie brothers are a tight knit group along with their SO's they welcomed Knox into the fray so easily. Interesting hint for Brodie's book up next.
Read more
2 people found this helpful
Helpful
Report abuse

Told from dual third person perspectives (Gray and Knox) THE CARELESS BOYFRIEND follows the rebuilding friendship and relationship between twenty-five year olds- extreme sport athlete Gray Bowie, and bridal gown designer Knox Holliday. The night of their senior prom Gray Bowie lost his two best friends as he witnessed one life spiral out of control, and another life pulled into the abyss of enabling. Fast forward to present day wherein a car accident would bring him face to face with the woman he has always loved. Enter bridal gown designer Knox Holliday, a woman whose enter future was destroyed by an accident not of her making. What ensues is the rebuilding friendship and romance between Gray and Knox, and the potential fall-out as Knox’s business is sabotaged by someone from the past.

Years earlier, Knox Holliday was caught between the love of two friends but addiction destroyed said friendship sending the trio in opposite directions. With her business on the line, an upcoming bridal show featuring her designs hangs in the balance when a ‘freak’ car accident destroys a year’s worth of work in a matter of seconds. Gray Bowie knows a thing or two about business, and with his connections helps Knox repair and replenish that which was destroyed.

The relationship between Gray and Knox is one of second chances, of a sorts, between two people whose friendship was destroyed by addiction, miscommunication and loss. Knox struggles with issues of trust as Gray battles the memories from the past. The $ex scenes are intimate and passionate, without the use of over the top, sexually graphic language and text.

We are reintroduced to Gray’s brothers Fin Bowie and Calli (The World’s Worst Boyfriend #1); Will Bowie, Delilah and Ruby (the Heartless Boyfriend #2), and Brodie Bowie; Knox’s ex boyfriend Robert Granger; her mentor Luc Bellerose; and an assortment of people who work for Gray Bowie.

THE CARELESS BOYFRIEND is a story of second chances; of friendship and family; of betrayal and heartbreak; of addiction and loss. The premise is engaging and captivating; the romance is seductive and spicy; the characters are colorful, energetic and inspiring.
Read more
One person found this helpful
Helpful
Report abuse
See all reviews