I grew up in a military family and moved every couple of years, so friends never lasted long. It was hard being the 'new kid' so often.

My favorite smell is green, favorite flavor is mist, and favorite day of the week is Mischief day. I wonder if fish wish they could wink and trees wish they could walk. I think it's bizarre that your belly button harbors more bacteria than there are birds in Borneo.

I believe biographies are boring and think it's fun to speak in silly-sounding sentences with wacky words that start with the same letters.

I live in the city of rain and thunder in the land Down Under, which is home to koalas, kangaroos, and kookaburras--a kingfisher.

Finally, I believe in exercising your imagination and secretly staying up past your bedtime. Visit my Web site: careyfessler.com
Read more

Help us improve our Author Pages by updating your bibliography and submitting a new or current image and biography.
Learn more at Author Central
1 11 1
Previous page
Next page
Titles By Carey Fessler
All Formats Kindle Edition Paperback Sort by:Popularity 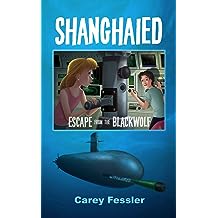 Shanghaied: forced to join a ship lacking a full crew by kidnapping or other underhanded means.

Twelve-year-olds Emma and Scott stumble across a dark secret and are shanghaied by a rogue submarine that once suffered a ghastly fate: a radioactive incident that transformed its crew into mutants.

They are plunged into the depths of the ocean, far beyond the reach of help, where the Blackwolf battles against lurking enemy navies.

Now they must find a way off the submarine without being killed first—or even worse, being forced into service for the rest of their lives.

The race to escape has begun. 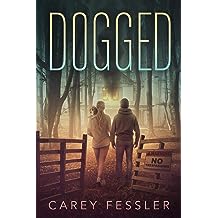 She crossed the line to save puppies.

Now she has to save her own skin.

For thirteen-year-old Karrisa, volunteering at an animal shelter sometimes means taking "work" with her wherever she goes. But little did she know that her dog-rescuing exploits would continue while at summer camp, when she discovers a puppy mill located at a farmhouse. Frank, the man who owns the property, has a history of surviving abuse at the hands of a church clergy member and it has left him feeling trapped and trying to deal with his mental health issues.

Karrisa once again slips into rescue mode and tries to aid a visibly ill pup. However, her efforts are dashed by a shotgun-wielding farmgirl. After being removed by the local deputy and given a warning to never return, Karrisa sets about drumming up neighborhood support to help shut down the mill. When opposition seems to be the theme from townsfolk, Karrisa realizes the resistance has a great deal to do with the female sheriff, who has hidden ties to Frank and the puppy mill and whose reign is marred with suspicious, iron-fisted behavior.

Along with her new friends, Ryan and Gail, Karrisa unearths disturbing news of what the dogs are really being used for. With the stakes suddenly more troubling than before, Karrisa embarks on her most dangerous rescue mission yet, one that will leave her hog-tied and face to face with two murderous she-wolves with the potential to end her young life. 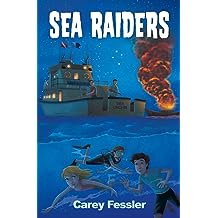 The battle has begun, and the pirates want blood.

Twelve-year-olds Emma and Scott are on board the dive boat the Sea Urchin, anchored at night off Dragon Island, when a band of trigger-happy marauders board their boat.

So begins their battle to survive a modern-day pirate raid and escape their hostage situation so they can return home to their families. But not before having to fight for their lives and escape to a savage land and the last place on earth they wanted to return—Dragon Island. Can the young hostages stay alive and raise the alarm? 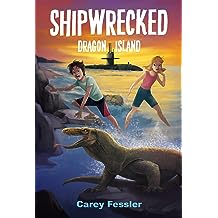 The trek has begun, and the trail will show no mercy.

After escaping a rogue submarine, twelve-year-old cousins Emma and Scott wash ashore on the beach of a remote tropical island lurking with jungle dragons and headhunters.

So begins their trek to find safety and civilization so they can return home to their families in Australia—but not before having to fight for their lives across a savage land. Can the young castaways survive long enough to find help? 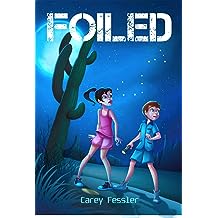 
It's 1947 on a U.S. Army base near Roswell, New Mexico, and eleven-year-old Kate's friend and neighbor, Billy, shows her a secret. A CIA agent arrives at Billy's house, to recover the Top Secret items, and threatens the family, warning them to never talk about the incident-ever! Special Agent Falco informs them of their sudden reassignment to Germany. Billy, not wanting to move to Germany or return his treasures, begs Kate for help. Feisty and fiercely loyal, she agrees to hide him.

Thus begins a most unusual road trip in which the two friends use their wits, their knowledge of the terrain and geography around the base, and sheer determination to evade capture. Kate must also reach her grandfather, more than two hundred miles away, and warn him how the secret poses a dangerous threat ... to anyone involved.

Their race has begun, and there's no turning back.
Read more
Other Formats: Kindle , Paperback