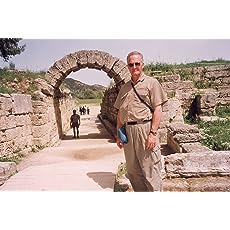 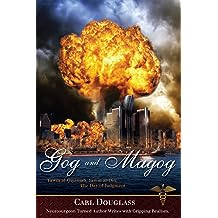 Gog and Magog: Yawm al-Qiyamah, Yawm al-Din The Day of Judgment Nov 10, 2015
by Carl Douglass
( 2 )
$9.99
Gog and Magog, Yawm al-Qiyamah, Yawm al-Din, The Day of Judgment opens with a meeting of highly secretive Islamic jihadists who have a well-organized and ingenious plan to cripple the United States and Europe. The leader cautions his followers--true believers all--to be patient. On the other side of the world, a former federal prosecutor named Elizabeth Rowan is beginning the first of many steps in a meteoric rise up the federal ladder which will culminate in her being appointed president. First, however, highly placed people have to be proved to be corrupt, and some to die, to open her way. Her predecessor is an idealist whose life's ambition is to achieve world peace. He makes unprecedented compromises with Islam's rulers and its jihadists in order to achieve that goal. The leader of the jihadists recognizes an opportunity to lull the American president and his people into a stupor by offering them belief in an end to terrorism and the promise of real peace. While the West sleeps, the terrorists plan and put into place a nuclear holocaust to bring about a permanent crippling to America and Europe.
Read more
Other Formats: Paperback 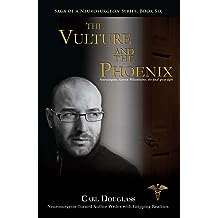 The Vulture and the Phoenix: Neurosurgeon, Garven Wilsonhulme, the final great fight (Saga Of A Neurosurgeon Series Book Six) Oct 10, 2015
by Carl Douglass
$3.99
Arthur Koestler, the notable twentieth century playwright said, "Nothing is more sad than the death of an illusion." Carl Douglass, neurosurgeon turned author, writes with gripping realism about the point in Garven Wilsonhulme, M.D., F.A.C.S's life when he turns the hopes and aspirations of his family, friends, colleagues, and opponents into illusions. In so doing, he realizes that he has become both The Vulture and The Phoenix in his own life. He scrambles to the heights of fame, prestige, riches, and cruelty. There, he meets a wall of opposition and begins the final great fight of his complicated life and career. What he does will surprise and amaze you. This is the finale of the successful Saga of a Neurosurgeon series.
Read more
Other Formats: Paperback 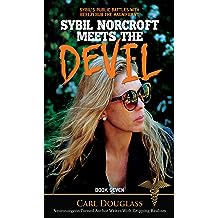 Sybil Norcroft Meets the Devil: Sybil's Public Battle with Beelzebub The Magnificent (Sybil Norcroft Book Seven) Mar 15, 2020
by Carl Douglass
$6.99
This is the seventh in the Sybil Norcroft series. The potential of high office is dangled by the president to the woman who has earned a BS degree in medical biology, an M.D. degree magna cum laude, is a FACS [Fellow of the American College of Surgeons] and a FAANS [Fellow of the American Association of Neurological Surgeons], and has earned a PhD in neurological studies. She has been a world-famous television medical consultant, a spy, and is now the DCIA [Director of the Central Intelligence Agency]. But, there is no time to rest on her laurels. She must meet and defeat the monster—the real devil—who would destroy polite civilization, and soon. But first she has to find him, her, or it. This is her greatest adventure yet and might well be her last one.
Read more
Other Formats: Paperback 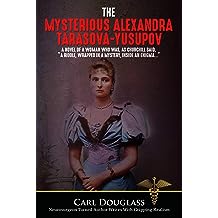 The Mysterious Alexandra Tarasova-Yusupov: A Novel of a Woman who was, as Churchill said, “a riddle, wrapped in a mystery, inside an enigma…” (Alexandra;Yusupov;Russia;Tzar;pirates) Dec 7, 2018
by Carl Douglass
$9.99
The Mysterious Alexandra Tarasova-Yusupov is historical fiction about the glory years and the end of Tzarist Russia, and the time when Australia came into its own. It is a tale of swashbuckling heroes, ferocious pirates, and ruthless business tai-pans. The book chronicles the life of a woman who could outcompete them all, but could not conquer her own demons. Alexandra was at once lovable, beguiling, reasonable, and admirable, but also despicable, disenchanting, capricious, and—at times—deplorable. She was always mysterious.
Read more
Other Formats: Paperback 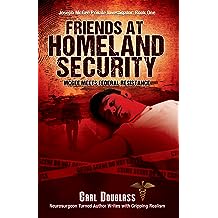 Friends At Homeland Security: McGee Meets Federal Resistance (Joseph McGee Private Investigator: Book One 1) Jul 9, 2016
by Carl Douglass
$5.99
Friends at Homeland Security is the first in the six novella McGee series by Carl Douglass. McGee is a pre-eminent private investigator whose clients include the rich, famous, infamous, the important, and the unfortunate. Decklin Marcus, scion of the very wealthy investment banker, Howard Everhart Marcus, and mother Anne—residents of exclusive Gramercy Park, New York—is found dead in his rather seedy apartment; and no one seems to know how, why, or perhaps by whom. The investigation comes to involve all of McGee's considerable resources, NYPD detectives, senior CIA agents, DNI scientists, hostile Homeland Security agents, national and international databases, a Byelorussian hit man, and eventually the Russian mafia. There is something unusual about Decklin's corpse, something not copacetic at the bank, something suspicious about the parents, and something weird about Homeland Security's involvement in the whole thing. It is McGee's job to unravel the mystery, brave the tigers in their dens, to mollify all of the agencies, to protect his clients and his associates, and finally to achieve a denouement—a stunning surprise. He does it all with style and consummate intelligence.
Read more
Other Formats: Kindle , Paperback 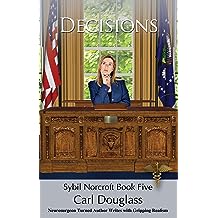 Decisions: Spy to Surgeon General to a Threat of Impeachment (Sybil Norcroft Book 5) Nov 10, 2015
by Carl Douglass
$6.99
Sybil Norcroft, M.D., Ph.D., F.A.C.S. has been nominated and confirmed to be the Surgeon General of the United States after a stellar career as a practicing and academic neurosurgeon and as a media darling for Wolf News. But...all is not what it seems to be. Dr. Norcroft is also a consummate spy whose secret life threatens her family and her very existence. The latest threat is to the world, and Sybil must use her role as the Surgeon General to gain access to the secret world of those who plan mass destruction. This turns out not to be an arms-length involvement. No, Sybil must fight.
Read more
Other Formats: Paperback 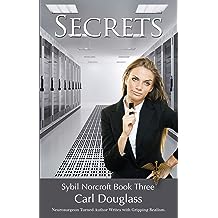 Secrets: Public Celebrity to CIA Secret Spy (Sybil Norcroft Book 3) Nov 10, 2015
by Carl Douglass
$6.99
In Secrets, Dr. Sybil Norcroft feels as if she has gotten in over her head in a welter of secrets and conflicts. She undergoes a lie detector test, gets a major national award, and gets inveigled into a secret association with the CIA, all in a dizzyingly brief period of time. She used to think her career as a practicing neurosurgeon was serious; but, after she is vetted for her CIA position, she gains a new appreciation for “serious”. The director asks her, “After you are actively engaged in Company work, failing the lie detector test may mean a Company trial and swift and sure justice—the least noxious being dismissal. Any questions about the seriousness of that kind of justice?” Sybil felt chilly after completing that line of questioning. Her first assignment is to hack into the Russian president's computer system. The second assignment is to kill a man. What on earth has this nice lady from California gotten herself into?
Read more
Other Formats: Paperback 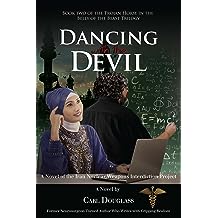 Dancing with the Devil: A Novel of the Iran Nuclear Weapons Interdiction Project (Trojan Horse in the Belly of the Beast Trilogy) Nov 10, 2015
by Carl Douglass
$4.64
Dancing with the Devil is the second book in the trilogy, The Trojan Horse in the Belly of the Beast, by Carl Douglass. The determined senior officials of the Iranian government present their progress to the Supreme Leader who is highly displeased with the effort and the accomplishment. He urges them to create a nuclear weapon with promises and veiled threats. The members of the U.S. ultrasecret Iran Nuclear Weapons Interdiction Project meet to find a way—any way—to prevent the religious extremists from getting a bomb. The two opposing forces drive inexorably towards an ultimate crisis, and Dr. Afsoon Mouradipour and Dr. Gideon Emmanuel Rothsberger are caught in the vortex of the whirlwind created by the two polar opposite forces converging on them. Despite the obstacles and the improbability of success, Afsoon agrees to become the Trojan Horse; and Gideon falls in love.
Read more
Other Formats: Paperback 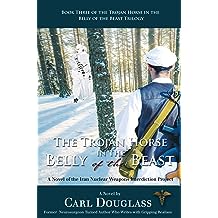 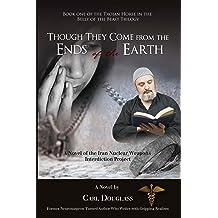 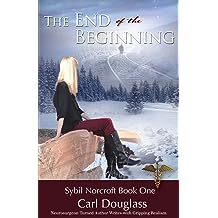 The End of the Beginning: Murder to Worldwide Celebrity (Sybil Norcroft Book 1) Nov 10, 2015
by Carl Douglass
$6.99
Sybil makes a serious mistake. Everyone who knows her or of her is aware that she and Attorney Paul Bel Geddes have locked horns for a decade, and each regard the other as the nemesis. Sybil's error is to get angry, then loud and demeaning, of Paul in a very public black tie New Year's Eve gathering after having received yet one more intent to sue 90 day letter" from the man. Her billionaire husband tries to shush her, but she all but shouted, "Don't patronize me, Charles. That bottom feeder has gone too far. Somebody needs to do something about him.""
Read more
Other Formats: Paperback 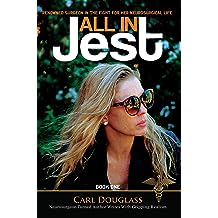 All in Jest: Renowned Neurosurgeon in the Fight of Her Life Nov 10, 2015
by Carl Douglass
( 1 )
$8.99
“It is really quite simple,” the renowned French Canadian expert on pituitary surgery began his answer. Neurosurgeon defendant Sybil Norcroft, M.D., F.A.C.S., PhD steeled herself to hear the description that could possibly spell the end of her rising career. Even a glance at the imperturbable face of her defense attorney failed to convey any calm to the roiling tempest in the surgeon's brain. Plaintiff's Attorney Paul Bel Geddes was the attack dog who declared a jihad against Dr. Norcroft in the Brendan McNeely malpractice case and hounded her then and afterward to the point of distraction. The case seared Sybil's soul because she had her own doubts about how and why the handsome young scion of the wealthiest family in the city had bled to death on her operating table. Bel Geddes could not let the animosity that was engendered by the McNeely case go, and he relentlessly pursued the famous woman neurosurgeon in a personal crusade. After years of harassment, Sybil Norcroft had had enough, and she applied her brilliant mind and her considerable resources to ending the war declared against her. The war was a classic example of uncivil justice both in and out of the courtroom. How the JEST comes about is worth the reading. The book is full of fun, humor, anger, fear, pathos, intense emotional conflict, and tense and riveting courtroom drama. There is a considerable amount of theater outside the courts as well. You will want to read it in one sitting and to pass it along to your family and friends the next day.
Read more
Other Formats: Paperback