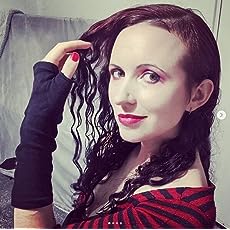 Martece wrote their first book, the semi-autobiographical Toxic Nursery, to provide insight into the often-misunderstood diagnosis of dissociative identity disorder. They have since received the dual diagnosis of autism, which explains how they have memorised pi to over two thousand digits! Deragon Hex: The Vipdile Key was their first work of science fiction, and has six hundred and sixty six digits of pi integrated into the narrative. Along with their latest novel, Chroma: Calanooka, these books form the Constructed Sanity Sequence, a series of autobiographies and novels that will become increasingly entangled as the overall story progresses.

If you enjoy their work, please leave reviews wherever possible. Leaving reviews, along with sharing links, is a great way to help independent authors.

The Carlie Nooka Martece collective is now living Toxic Nursery's sequel, and continues to share their creations with the world via their website at www.carliemartece.com.
Read more 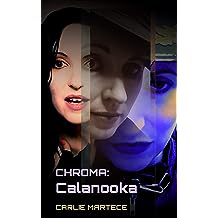 The third book in the Constructed Sanity series combines the terrifying honesty of Toxic Nursery with the complex yet captivating plot of The Vipdile Key. Could intergalactic battle training save these troubled siblings? Will they solve Summerton’s mysteries or be consumed by demonic forces? Where are they? When are they? And why does a vengeful witch haunt their cryptic dreams?

Rescue is not coming. 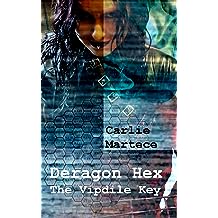 The six-sided setting is populated by mentally vacant consumers and insidious social climbers, but there’s also a helpful prison clerk, a mysterious night porter and a cat that drinks vodka. Can Leah be saved? Will anybody be pushed out of a level Plus Five window? Will Ash run out of hair gel? Which number is the trigger - a three digit figure that begins with five and is destined to cause a major explosion?

You'll find out if you follow the white badger.
Read more
Other Formats: Paperback 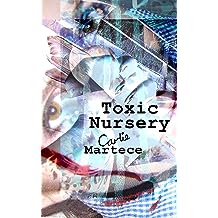 Toxic Nursery (Constructed Sanity Book 1) Jan 4, 2014
by Carlie Martece
( 49 )
$3.14
Toxic Nursery is a deranged, roller coaster journey written with beautiful brutality and stunning originality. Using semi-autobiographical storytelling, it explores the different facets of a fractured personality – from irritating cheerfulness to cold cynicism, from meek terror to unhinged exhibitionism, and from academic introversion to vitriolic fury. It scathingly mocks the “misery memoir” genre by turning dark subjects into even darker comedy.

This intensely psychological, vicious parody hurtles at breakneck speed through a series of bleakly hilarious misadventures. Lyrical and sardonic, it reads like a cross between a poem, a joke, an artists' manifesto, and a mental health case study, but with constant emphasis on the writer's twisted sense of humour.