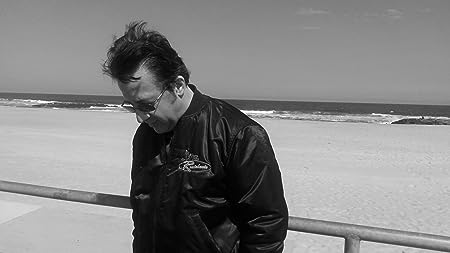 Born in Spanish Harlem and raised by Puerto Rican parents in the South Bronx, Carlos Colón was a storyteller from the start. He began in his pre-teens by writing comic strips for his parents and continued throughout school writing dramatic short stories in his English classes. Teachers immediately took notice nicknaming him Hemingway and encouraging him to the point where he eventually graduated from Lehman College, CUNY with an English degree in Creative Writing. That same year, 1979, his play "Jerome" won Honorable Mention for the Jacob Hammer Memorial Prize. Since then he wrote several screenplays for Hollywood producers but unfortunately never saw one reach the big screen. Nowadays, Carlos is living out on Jersey Shore, serving as a singer/songwriter/frontman for the retro rock n’ roll Jersey Shore Roustabouts band, one of the most in-demand entertainment acts of the New Jersey/New York/Philadelphia area. 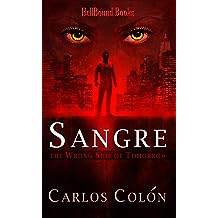 Sangre: The Wrong Side of Tomorrow May 31, 2019
by Carlos Colon
( 14 )
$4.99
The Story of a Reluctant, Undead Vigilante.
The harrowing saga of Nicky Negron’s tortured soul continues as the inner and outer demons shadowing Newark, New Jersey’s undead vigilante have no intention of letting him rest in peace.
Knowing his paranormal existence can only lead to complications, Nicky tries not to draw too much attention to himself. This becomes difficult as he learns that he has captured the interest of an unrelenting federal agent.
Suspected of being an assassin for a South American drug cartel, Nicky finds himself dealing with the exact kind of scrutiny he’s been trying to avoid since he was turned almost thirty years ago. It complicates matters even more when Nicky is confronted with another undead presence that is threatening to commit atrocities to the children of a friend Nicky had sworn to protect. This pits the foul-mouthed night stalker, Nicky Negron, against the most horrifying monsters - both the human and non-human variety.

An absolute rollercoaster of a novel, Sangre: The Wrong Side of Tomorrow delivers even more suspense, insight, laughs, and emotional wallop than its predecessor. Nicky is back! See you on the other side...
Read more
Other Formats: Paperback 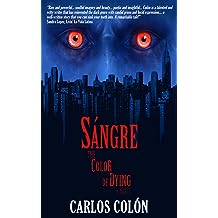 Sángre: The Color of Dying Jan 24, 2017
by Carlos Colón
( 29 )
$4.99
Contemporary Latino author, Carlos Colón’s first published novel is the story of Nicky Negrón, a Puerto Rican salesman in New York City who is turned into an urban vampire with a taste for the undesirables of society such as sexual predators, domestic abusers and drug dealers.

A tragic anti-hero, Nicky is haunted by profound loss. When his life is cut short due to an unforeseen event at the Ritz-Carlton, it results in a public sex scandal for his surviving family. He then rises from the dead to become a night stalker with a genetic resistance that enables him to retain his humanity, still valuing his family whilst also struggling to somehow maintain a sense of normalcy.

Described as haunting, hilarious, horrifying and heartbreaking, Sángre: The Color of Dying is a breathtakingly fun read.
Read more
Other Formats: Paperback