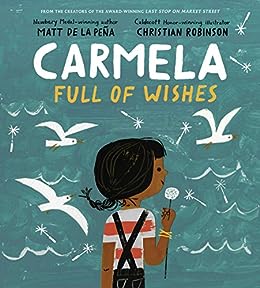 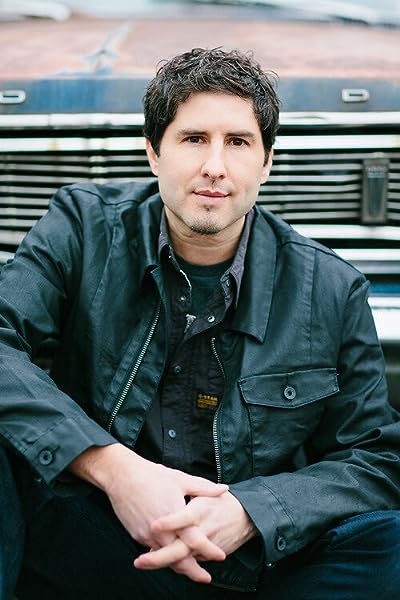 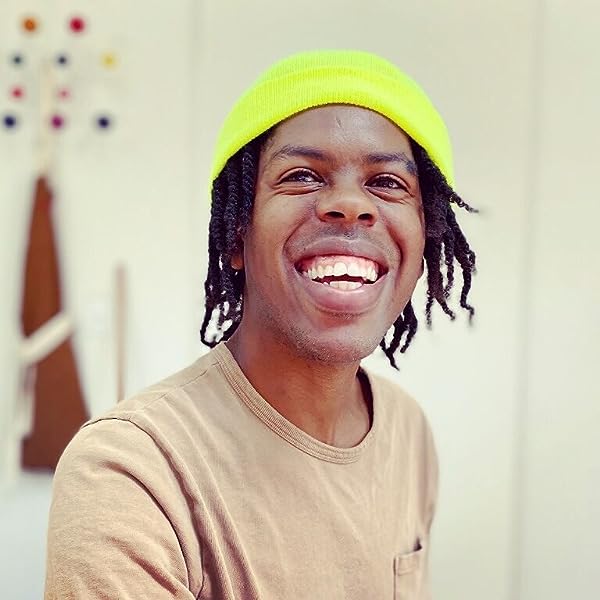 ★ “Full of rich details, sharp and restrained writing, and acrylic paintings that look textured enough to rise off the page . . . Another near-perfect slice of life from a duo that has found a way to spotlight underrepresented children without forgetting that they are children first.”—Kirkus Reviews, starred review

★ “[A] beautiful book about the love of siblings and community. . . . A must read for everyone.”—School Library Connection, starred review

“It’s also the warmth of their intergenerational relationship that will make this book so satisfying, for both young readers and the adults sharing it with them.”—The New York Times Book Review

★ “This celebration of cross-generational bonding is a textual and artistic tour de force.”—Kirkus Reviews, starred review

★ “Like still waters, de la Peña and Robinson’s story runs deep. It finds beauty in unexpected places, explores the difference between what’s fleeting and what lasts, acknowledges inequality, and testifies to the love shared by an African-American boy and his grandmother.”—Publishers Weekly, starred review

“Matt de la Peña’s warmhearted story is musical in its cadences…Christian Robinson’s angular, bright illustrations are energetic and vibrant... [A] celebration of the joys of service, the gifts of grandmothers and the tenderness that the city can contain.”—The Washington Post

★ “De la Peña and Robinson here are carrying on for Ezra Jack Keats in spirit and visual style. This quietly remarkable book will likely inspire questions… it will also have some adult readers reaching for a tissue.”—The Horn Book, starred review

“The sharp illustrations — in bold, and cheerful primaries — get CJ’s restless energy and curious postures exactly right. The voices of CJ and his grandmother carry the story along in subtle point and counterpoint so that at this book’s quiet close you feel like you’ve been listening to a song.”—The Boston Globe

Matt de la Peña is the Newbery Medal-winning author of Last Stop on Market Street. He is also the author of Love; A Nation's Hope: The Story of Boxing Legend Joe Louis; and six critically acclaimed young-adult novels. Matt teaches creative writing and visits schools and colleges throughout the country. Matt lives in Brooklyn, NY. You can visit Matt at mattdelapena.com or on Twitter @mattdelapena.

Christian Robinson is a 2016 Caldecott Honoree and also received a Coretta Scott King Illustrator Honor for his art in Last Stop on Market Street. His picture books include the Gaston and Friends series; Leo: A Ghost Story; School's First Day of School; The Smallest Girl in the Smallest Grade; Josephine: The Dazzling Life of Josephine Baker; and many more. You can visit Christian at theartoffun.com or on Instagram @theartoffun. --This text refers to an out of print or unavailable edition of this title.

4.6 out of 5 stars
4.6 out of 5
377 global ratings
How are ratings calculated?
To calculate the overall star rating and percentage breakdown by star, we don’t use a simple average. Instead, our system considers things like how recent a review is and if the reviewer bought the item on Amazon. It also analyzes reviews to verify trustworthiness.

Rach
1.0 out of 5 stars Donating this one. If I had read it, wouldn’t have bought it.
Reviewed in the United States on June 1, 2019
Verified Purchase
A little baffled by this book. Not the best morals in the story or perhaps it is just not for the age group it is suggested for. Reading to my 4 year old son I found myself making up my own story towards the end because throughout the book Carmella is giving dirty looks to her brother in defiance to him calling her “annoying”. She does so because “it’s a free country”. Not the type of thing I want to be teaching my son. Also, I completely respect the cultural side and difficulties we have in this country but trying to explain why Carmella’s dad can’t home because he needs to get his “papers fixed” is just a little too much for a bed time book and the suggested 3-5 reading level age group.
Read more
26 people found this helpful
Helpful
Report abuse

Tomas Milo
5.0 out of 5 stars Exceeded my expectations! Another fantastic book!
Reviewed in the United States on October 9, 2018
Verified Purchase
With this being their next collaboration after Last Stop on Market Street, comparisons will be imminent. My first thought was to compare the two, and I decided I liked this one more. Though it’s not fair to compare the two because they are two different types of stories even if they are both told while traveling through a city. I especially liked the sibling’s aspect of this story and think that anyone with a brother or sister could relate to this book. What amazed me with this book is that each page has so much going on. Between the text and illustrations, there are many opportunities to discuss a variety of topics from this book. I loved the ending, it has such a sweet ending!
Read more
17 people found this helpful
Helpful
Report abuse

Hope-LibrarianTop Contributor: Children's Books
5.0 out of 5 stars An afternoon that turns magical
Reviewed in the United States on October 10, 2018
Verified Purchase
Carmela is a typical little girl in that she wants to do everything her older brother can, she likes bracelets, and she likes to imagine all sorts of things as she wanders through town tagging after her brother. But in this story, she also learns something new. She learns about making a wish when you blow on a dandelion that’s turned into seeds. Things don’t always work out the way we want, but sometimes, they become magical in other ways. A good ending.

Illustrator Robinson knows just how to make a little girl stand out in a busy city and he gets all her facial expressions, simplistic and clear. De la Pena seems to know something about brothers and sisters and their invisible, powerful bonds. This book will make a good bedtime story or read-around at school, for ages 3-6, perhaps.

Eman Sanatkar
2.0 out of 5 stars Too nuanced for a 5 year old to understand the plight of the working class
Reviewed in the United States on June 30, 2019
Verified Purchase
I get what the writer and artists were trying to teach with displaying a more diverse socioeconomic theme in the book. It wasn't lost on me as a 37 year old...but it was completely lost on my 5 year old.

Each page had several subtle points being made. Well done for a college paper...but not in a children's book. One or two overall subtle themes throughout the book to push the writers social agenda would have a good impact on my kid's world view. I appreciate that kinda book.

I got the strong sense that this book was crafted to target certain parents so they feel like they are 'doing their part' for diversity and social equality.

I give the book two stars not because the book is pushing an agenda, but because it does it so poorly.

RS Burbank
2.0 out of 5 stars Beautiful
Reviewed in the United States on August 8, 2019
Verified Purchase
Beautiful book - and while I appreciate the lessons being taught - this was a bit heavy handed for a 5 year old's bed time story.

I found myself skipping parts of the story, and making up my own. As an immigrant myself, I definitely skipped the "papers" part of the book - the last thing I need is for my kids to be scared that I wont be able to come home, since I am not a citizen. Geez.

This book may be more appropriate for an 8 - 10 crowd. Definitely not age 5.

The illustrations are gorgeous.

Camille
5.0 out of 5 stars This is an organic and authentic story to connect with across all ages
Reviewed in the United States on October 11, 2018
Verified Purchase
The story draws the reader in right away. The story conveys deeply understandable messaging and themes for any age to connect with and the book's themes continue to engage you all the way through to the ending. Messages of hope, belonging, caring, making things right for another person, and appreciating a child's authentic lived realities and the multiple social spaces for which children move about. Additionally, the book threads throughout the pages two key messages: hope and perseverance. The ending is beautifully written and the book leaves a well-rooted imprint upon you long after you finish reading the book. The illustrations give rise to the powerful connections made between art and text as these connections in this book compel the reader to cohere all of the elements of this well-written book.
Read more
6 people found this helpful
Helpful
Report abuse

Amazon Customer
2.0 out of 5 stars Geared towards an older crowd maybe...
Reviewed in the United States on June 9, 2019
Verified Purchase
My almost three year old was not remotely interested in reading this book. As I was reading the story I realized what a downer it was and how inappropriate it was for a three year old. I can relate to the school of hard knocks life....but I don’t need to read it to my little one. I could see reading this book to an older kid, but not now. It’s lyrical, and teaches hope and an appreciation for all circumstances, but I won’t read this to her again until years later so I’m disappointed in this purchase.
Read more
4 people found this helpful
Helpful
Report abuse

CMP
1.0 out of 5 stars Don’t waste your money or time
Reviewed in the United States on November 20, 2019
Verified Purchase
Was so disappointed in this book. I had higher expectations, but not appropriate for the age level suggested. It’s young for the subject matter, but it’s not even that - I shelved it because my 3.5 yr old has a younger brother and the interactions between the siblings are full of dynamics no parent wants to instill in a budding relationship. That’s the bulk of the book, and the subject matter it’s trying to cover is veiled and too nuanced for the suggested audience. They can’t infer what the references are without a lot of base context, and that’s where the age level fails. I really hated it.
Read more
One person found this helpful
Helpful
Report abuse
See all reviews

Schnelli
5.0 out of 5 stars Cultural identity
Reviewed in the United Kingdom on February 9, 2019
Verified Purchase
It was a lovely story. I use books to read to my Kindergarten students and my grandkids. The story apealed to me because it tells pretty much the story of what often happens to culture in the second and third generations of immigrants. We can’t forget what we never knew, and how important is to keep it alive the memories through story telling.
Read more
Report abuse