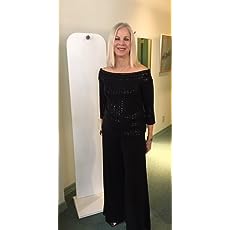 My books are contemporary fiction. In chronological order: Hidden Choices, From One Place to Another, Sitting Pretty, A Divided Duty, and my latest is a collection of inspirational short stories titled Coffee Breaks. These books have won a total of eight awards. My novel, A Divided Duty, is loosely based on Shakespeare's play, Othello, but you don't have to be a scholar to enjoy this tale of love, sex, jealousy, greed, brothers and business. Sitting Pretty is comprised of twenty short stories plus a bonus novella. From One Place to Another takes you to the fancy country clubs of Boca Raton, complete with a cheating husband, a new career for the wife he left, "mean girls" and catering escapades. The readers' guide addresses a few serious issues as well as some fun stuff. Hidden Choices makes a perfect Book Club selection - just don't read the epilogue before you make your choice!

About me:
Carol White, a Delray Beach resident, is an award-winning novelist, playwright, poet and free-lance writer. Her essays, stories and columns have been published by The Sun Sentinel, Writers Journal, Insight for Playwrights, Working Writers, Woman's World, The Florida Writer, and Senior Scene. She is a frequent fiction contributor to the East Hampton Star Newspaper.
Visit her website blog at http://carolwhitefiction.wordpress.com/

Southern Writers Magazine recently featured A Divided Duty in their Must Read column of their November/December issue. Read all about it here: http://authors.southernwritersmagazine.com/carol-white.html

You can read a recent interview with Carol at The Harvard Square Edition: http://litvote.com/carol-white-finds-success-as-an-author-and-playwright/

Find out more about Carol in this You-Tube interview: www.youtube.com/watch?v=R9E06F3iqzw

Carol is a long-standing member and officer of the National League of American Pen Women. She is also a member of Florida Mystery Writers, Florida Writers Association, National Women's Book Association and Theatre League of South Florida.

She is a published poet and her plays have been produced and staged in over twenty theatres around the country, including ten off-Broadway productions. Several South Florida theatres have produced her one-woman shows.

As the former Executive Producer for the Boca Raton Theatre Guild, Carol has worked in every facet of the theatre - from backstage dresser to producing full-scale musicals, and moderated a playwright critique workshop during that time. She has mentored high school and college students advising them on theatre production, and has given many young actors their start in community theatre. She won second and third place for full-length plays in the Royal Palm Literary Awards sponsored by The Florida Writer. 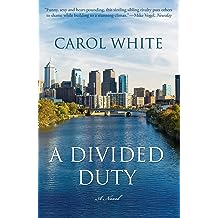 Set in Philadelphia, the city of brotherly love, a modern-day classic pits brothers Otto and Ivan Blackmoor against each other in a tale of business, love, jealousy, and revenge. When family matters of loyalty and betrayal escalate, secretive plots are exposed and misunderstandings run rampant until a vigilante-style justice is finally served.

"Oh brother! In Carol White's page-turner, A Divided Duty, brothers Otto and Ivan Blackmoor battle it out in both business and romance. Funny, sexy and heart-pounding, this sizzling sibling rivalry puts others to shame and builds to a stunning climax. This novel will keep you guessing until the end who the real victims—and villains—really are. A great read!"—Mike Vogel, Newsday

"A modern-day take on Shakespeare’s Othello, Carol White's tale of ambition, passion, and greed is a must-read for those who enjoy their suspense dished up sexy and witty, and with well-drawn characters who keep you guessing." —Benjamin Laskin, author of The Will and Murphy’s Luck 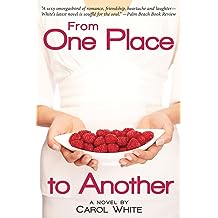 From One Place to Another Dec 2, 2013
by Carol White
( 79 )
$3.99
Dina and Mark Marshall, a nouveau riche couple in their thirties, live at Boca Forest, the top country club in Boca Raton, Florida, where they vie to keep up with wealthier residents. Mark, a financial planner and popular golf partner, regularly invites club members to partake in Dina's gourmet dinners in an attempt to further his business that affords them a luxurious Florida lifestyle. When Mark suddenly leaves his wife for the hot, younger blonde Taffie and the two take off for Key West, Dina finds little solace in her family and "friendships"--instead, she trumps her initial self-doubt and turns her obsessive list-making tendency into a flourishing home-catering business. Intent on keeping her head above the water and winning back her husband, Dina encounters a dashing young fellow chef and all-around great guy, Dex Ryder. Now everyone's talking--and not just about her fantastic cuisine. Dina's life is definitely on the upswing...until it all comes crashing down. Laugh, cry and cook with Dina as she discovers her true friends and decides where and with whom her future lies.
Read more
Other Formats: Paperback 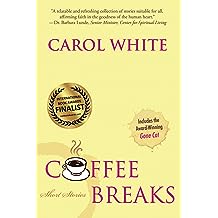 Coffee Breaks: Short Stories Jun 11, 2017
by Carol White
( 7 )
$3.99
Carol White’s Coffee Breaks is a collection of thirteen short stories plus a bonus novelette for dessert. Slice-of-life stories run the gamut from down-to-earth romance to hopeful scammers and everything in between. Escape into realistic dramas such as A Change of Plants, where Lara, an abused wife, champions through a somber situation, or laugh along with Jenna after she makes the most of a broken engagement and called-off wedding in The Icing on the Cake. The award-winning Gone Cat has Brooke chasing through her parents’ Florida retirement community trying to locate their runaway cat. The bonus novelette, Picture You and Me, takes sibling rivalry to a whole new dimension and to a satisfying conclusion. The charming stories in Coffee Breaks have two things in common: characters who rely on prayer and inspirational guidance to shape their future paths—and well, coffee, of course!
Read more
Other Formats: Paperback 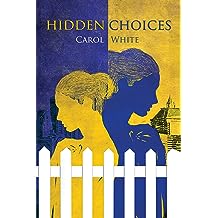