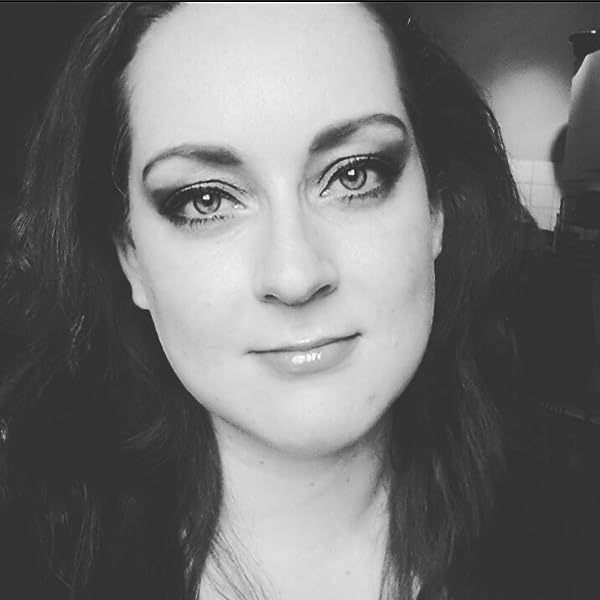 Carolina of Orange-Nassau: Ancestress of the Royal Houses of Europe Paperback – February 5, 2019

Moniek Bloks is the editor of the successful blog History of Royal Women. She lives in the Netherlands and has a background in law. Her interest in historical royal women and writing began at an early age, and she has been glad to share the stories of often little-known royal women. When she isn't writing, she is visiting castles and palaces around Europe with her trusty camera.

Start reading Carolina of Orange-Nassau on your Kindle in under a minute.

Todd Anderson
5.0 out of 5 stars good bio
Reviewed in the United States on August 25, 2020
Verified Purchase
A thin volume but a nice addition to a royal history buff's collection.
Read more
One person found this helpful
Helpful
Comment Report abuse

David Gemeinhardt
4.0 out of 5 stars Good mini-biography
Reviewed in the United States on March 9, 2020
Verified Purchase
It's a slim volume, but if effectively conveys to the reader the essential facts about a little-known and little-studied royal personage.
Read more
One person found this helpful
Helpful
Comment Report abuse

Lauralee
2.0 out of 5 stars Actually, 2.5 stars! Very Disorganized Biography!
Reviewed in the United States on March 13, 2019
Actually, 2.5 stars
Carolina of Orange-Nassau is whom many of today’s European monarchies consider an ancestor. As important as she was, not many historians have given her a detailed study. This is the first biography in English of this important figure. Carolina of Orange-Nassau is portrayed as a devoted mother and a lover of music.

Carolina is the granddaughter of King George II and Caroline of Ansbach. Her parents were William IV, the Prince of Orange, and Anne, the Princess Royal. She married Charles Christian, Prince of Nassau-Weilburg. She would give birth to 16 children. Carolina had a passion for arts and was the patroness of Mozart. Unfortunately, Carolina had an illness and died at the age of 44.

While Carolina’s life was short-lived, it seemed that she was a woman of significance. The author gives us a list of every royal who is descended from her and the list is long. Some of her descendants are King Willem-Alexander of the Netherlands, King Philippe of Belgium. Queen Margrethe II of Denmark, King Harald V of Norway, King Carl XVI Gustaf of Sweden, Queen Elizabeth II of Great Britain, and King Felipe VI of Spain. Thus, Carolina has made an important contribution to history.

I was a bit disappointed by this book’s length, which is 97 pages. Because there has not been a biography of this fascinating woman, I was sad that this book was not in-depth and only gave me a brief overview about her life. Instead of a detailed story, the author just gives me a list of dates and facts without much of an explanation of who these people were. For example, the author just gives us a list of Carolina’s husband, but gives us no backstory on him or why Carolina chose him as her husband. Instead of fleshing out the facts on her life, the author spends a chapter on all the castles that Carolina has lived in, which I found interesting but completely irrelevant in a biography. I was also a little disappointed that the author was given access to many of her letters, but only included very few snippets into the book.

Overall, this was a short and very easy to read biography of Carolina of Orange-Nassau. However, this book had the makings to be an excellent biography, but it was disorganized and not well-formed. I still recommend this for those who have never heard of Carolina and would like to read a light biography on this forgotten royal. However, for those who would like an in-depth biography on her, will still have to wait a little longer. Carolina of Orange-Nassau does bring a significant woman out from obscurity.
(Note: I read an ARC copy of this book in courtesy of Netgalley.)

AmazonCustomer
5.0 out of 5 stars Fascinating Lady
Reviewed in the United States on January 25, 2019
Carolina of Orange-Nassau. Ancestress of the royal houses of Europe by Moniek Bloks from John Hunt Publishing, Ltd. is a fascinating look at a little remembered European royal who like Queen Victoria had children and grandchildren on many of Europe's thrones. Just some of the countries Carolina's ancestors reign over are Luxembourg, the Netherlands, Belgium, Denmark, Norway, Sweden, the United Kingdom and Spain.
This well written well researched book is a winner. It introduced me to an amazing woman history has chosen to put on the back shelf. Carolina had a life worth sharing and this book is an excellent start.
This is a good book that was difficult to put down. Being a history buff I started reading and realized I was going to have to get through the hectic days of the holidays to complete reading this book since I wouldn't want to put it down. When life finally slowed down for me I read the book in one day. This in a fast and enjoyable read and I highly recommend this book to all, but especially those interested in European history.
Thank you NetGalley, John Hunt Publishing, author Moniek Books and Ben Craib of JHP for the opportunity to read this book in exchange for an honest review.
Read more
5 people found this helpful
Helpful
Comment Report abuse

Marissa Giles
4.0 out of 5 stars Meet Carolina - Patron of the Arts, Doting Mother, and Ancestress of European Royalty
Reviewed in the United States on January 26, 2019
Carolina of Orange-Nassau is a little known member of the Dutch royal family that played a key role in Mozart's life and is biologically responsible for a large number of royal houses in Europe through her ancestry. This was a well researched biographical account of this interesting woman. She is portrayed as a patron of the arts, a musician, a doting mother, and a supportive sister. During her life, she gave birth to fifteen children, seven of whom survived to adulthood. The effect of these losses on Carolina are illustrated through personal letters quoted in the book. Towards the end of the book, the author provides a run down of the ancestry for each of the numerous royal houses in Europe that her progeny played a role in. The impact this woman had on European royal history is astounding. A brief history of the buildings/landmarks that played a prominent role in the royal's life is also provided, which lead to me doing quite a bit of research.

Based on the information provided, one could easily make the argument that she is responsible for the gift that is Mozart's music. She met Mozart as a young budding musical prodigy and provided support for his musical talent. Unfortunately, Mozart became quite ill during one of the visits with Carolina. Because Mozart was with Carolina at the time, she was able to provide the resources to aid in his recovery. I found this part of Carolina's story the most intriguing.

I found this book to be a good brief biographical overview of Carolina. It was by no means a complete account of this royal's life. There were acknowledged multi-year holes missing in personal letters used as references in writing this book. Regardless, the author did an admirable job of writing Carolina's story with the information available. I recommend this book for anyone with an interest in the European royals.
Read more
4 people found this helpful
Helpful
Comment Report abuse
See all reviews

hertfordshire bibliopile
4.0 out of 5 stars Interesting
Reviewed in the United Kingdom on May 13, 2019
Verified Purchase
Carolina of Orange-Nassau is a compact read , which probably shows how little there is in the historical archives. Which is a shame as she was an important figure in the politics and governance of the Netherlands. Moniek Bloks gives a good account of her life and times. It is with sadness one reads of her many miscarriages and pregnancies which often lead to still born babies or children that don't survive for very long. Her resilience must have been very strong, although we are told of a short period of depression. The accompanying details of her legacy and where she lived and what survives today is very interesting and could spur on a trip to Germany and the Netherlands. It would have been useful to have included a family tree as many of her relatives have similar names and the Nassau family had so many branches, only an expert would know who was who and that is from someone interested in the Nassau family! The editing of the book has left a few errors regarding the use of colloquial English and a bloomer regarding the identification of Caroline of Ansbach's photo. Overall an interesting read to anyone interested in the history of the Netherlands and of women who lived in the 18th century.
Read more
Report abuse
See all reviews