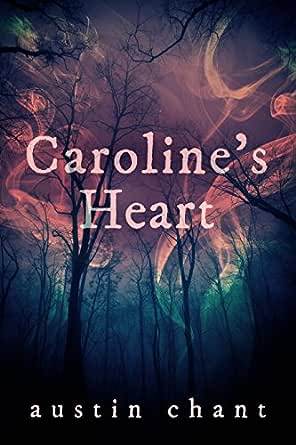 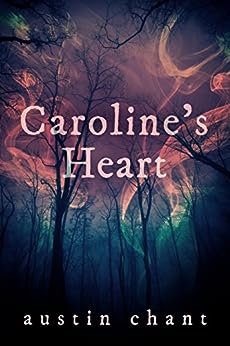 T. Jones
3.0 out of 5 stars dream-like fairy tale
Reviewed in the United States on December 19, 2017
Verified Purchase
In some ways this is a five-star story; who the protagonists are, and why they do what they do, are compelling. The prose is almost dream-like, often very evocative. I'm not sorry I read it, not at all. That would be like resenting the weight of a snow globe that's entertained me with its pretty, glittery scene. Where the narrative fell short for me was the climax. It felt more dreamlike than served the events, easing me through so that all of what followed took too long. I left the book with a shrug rather than a smile.

But I love the messages this book offers. Some of us struggle to be who we really are, and measure our success by not drawing attention to ourselves. So, to be seen and yet accepted without question? That is rare and wonderful. Sometimes being visibly very different is good, sometimes bad. Grief tangles everything up. Grief and obsession can become poison. These themes aren't new, but I do love what the author did with them. If you need a fairly gentle take on these themes, try this book.

Nina S
4.0 out of 5 stars Chant Does It Again!
Reviewed in the United States on February 6, 2018
Verified Purchase
Austin Chant has done it again and created a badass, emotional, and captivating story in less than 100 words! There's so much going on in this book. There's Roy, the wayward cowboy who has no real home or ambitions other than just getting my. There's Cecily, the witch both feared for her aloofness and cold attitude and respected for helping the injured in her village. Then of course there's Caroline, a lost love whose memory has lived on, probably for longer than it should...

How a novella has complete world building and a slow-burn romance in 98 pages, I don't know, but it really does. The magic of the world is cool. Cecily, a witch, can do basic spells like summoning items or teleporting across a room. But the main thing she does is create artificial limbs for injured people. There's not much explanation beyond that, but for the length of the story, the physics of the world sit perfectly and make sense for the forwarding of the plot.

Roy and Cecily were also fantastic leads. Roy, while private and closed off from others, has such a warm heart that everyone seems drawn to him. And Cecily, while extremely prickly, shows her goodness in the righteousness of her actions.

Like all of Chant's work, this is a trans romance - this time with both MCs. This plot works so beautifully as there's so much richness to the metaphors of being at conflict with your own physical body. It's also a blended fantasy and western historical fiction, so well the word "trans" is never used, it has some great exploration about the characters' identities without being a soapbox.

It reminds me of a sort of trans Howl's Moving Castle with a little Fullmetal Alchemist twist (don't attempt human resurrection, y'all!) Definitely dark in places, but a really beautiful story of some memorable characters.
Read more
Helpful
Comment Report abuse

KSENiA
5.0 out of 5 stars Amazingly sweet love story.
Reviewed in the United States on November 16, 2017
Verified Purchase
I read Peter Darling and Coffee Boy earlier this year and loved them both. So I was excited to read Chant’s new story; and it was lovely. Adorably sweet and tender love story between 2 transgender characters set in Wild West with a touch of magic. The story is told from both Cecily and Roy POV, but we are aware only of Roy’s identity from the beginning. And only casually hinted in the end of the story that there is any similarity between the two. I think it was endearing how accepting both of the characters were of the each other identity and sexuality. What are the chances for two bisexual, transgender people to meet at the world without such concepts?.. May be not, but that why we read Romances to experience hope and share happiness. And frankly life is full of amazing accidents.
The magic was one of the most unusual and unique systems I ever read.
Read more
One person found this helpful
Helpful
Comment Report abuse

Alexa
5.0 out of 5 stars Magical story with queer people
Reviewed in the United States on March 16, 2018
Verified Purchase
I have seen many people recommend this story, but what really made me pick it up was the end of RoAnna Sylver's review of it:

Ultimately this is a story about letting go of a clenched fist so your hand can be open for whatever goodness next comes to you. The same is true of hearts.

This story was exactly as good as everyone said it would be. It is a magical love story between two trans, bi protagonists in the 1800s, and also about holding on to and moving on from lost loved ones.

I really loved the writing in this story - I was captivated by the story, especially towards the end when everything started unraveling. I also loved the little details or choices, like Cecily making prosthetic limbs and the people loving and remembering her for it even years later.

I'm not very coherent with this review, but trust me when I say that I loved this and you should read it too. <3
Read more
Helpful
Comment Report abuse

Leigh Kramer
5.0 out of 5 stars Gem of a story
Reviewed in the United States on July 31, 2019
Verified Purchase
This is such a sweet historical romance novella! Austin Chant writes with economy, each word chosen with care. This is the second novella I’ve read by them and they are so clearly a master of this form. Roy and Cecily were richly drawn characters. Roy is a cowboy with a heart of gold. I loved how Cecily’s magic figured into the story. Her grief after the death of her lover five years prior is a living, breathing thing and Chant explores this with compassion.

Jessie O
5.0 out of 5 stars Charming, atmospheric novella
Reviewed in the United States on February 12, 2018
Verified Purchase
I love how this jumps (magically) between Texas and Oregon and how those two settings feel different while the novella keeps the same atmosphere and tone. It's all very understated.

Roy and Cecily's relationship is so charming from the moment they meet. Roy is polite but persistent, and Cecily is interested and cares despite herself. I love Roy's awe at Cecily after the scene where he realizes they're both trans.

A huge part of the book is Cecily trying to figure out a relationship (of any kind) with Roy while being reluctant to let go of Caroline. Grief and how to grieve healthily are important ideas here.
Read more
Helpful
Comment Report abuse
See all reviews

I'm not a huge historical romance fan, but Chant's writing style is so lovely and I really enjoyed the soft tone of the story. He has a deft hand at establishing characters in a succinct and precise way that feels meaningful, for instance the small gestures within the text that show Roy's rejection of toxic masculinity. I also love how he sets up the sense of a world and an atmosphere in such a small space of time. Caroline's Heart has a slightly eerie ghost story vibe, and I really like the way that magic is portrayed and utilised within the setting. I'd love to have seen more of it, but I think that's just my fantasy bias talking.

I also wish we could've learnt a bit more about Roy's and Cecily's characters, but I guess the issue with a novella is that you always want more.
Read more
Report abuse

Lucy
4.0 out of 5 stars a stunning little novella
Reviewed in the United Kingdom on September 9, 2020
Verified Purchase
for such a short novella S.A Chant certainly packs a punch into this one! I loved both main characters but especially Roy, who was the most adorable cowboy. the writing was fantastic and the author did a wonderful job in setting up this magic system in such few pages. overall this one was just a beautiful read.
Read more
Report abuse

Kindle Customer
5.0 out of 5 stars A New Favourite
Reviewed in the United Kingdom on March 22, 2018
Verified Purchase
I loved this story. It was beautiful, I had really enjoyed Coffee Boy and had meant to read this sooner. This story was incredible, the setting was so intriguing throughout and the characters were brilliant. Roy and Cecily are absolutely adorable together and how their relationship grew was a pleasure to read. This is definitely one of my new favourites, can't wait to re-read it.
Read more
Report abuse

Helen George
5.0 out of 5 stars Short & Sweet
Reviewed in the United Kingdom on November 10, 2017
Verified Purchase
Caroline's Heart was so soft. It was everything <3