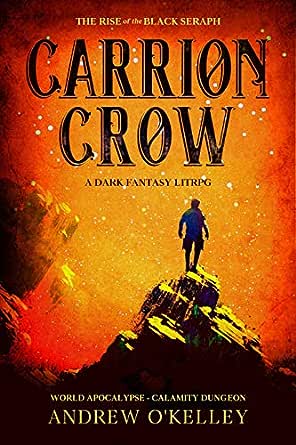 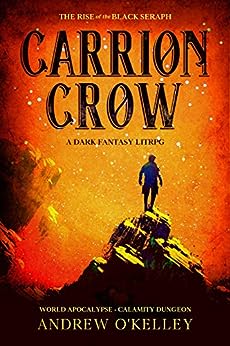 3.6 out of 5 stars
3.6 out of 5
6 customer ratings
How does Amazon calculate star ratings?
Amazon calculates a product’s star ratings based on a machine learned model instead of a raw data average. The model takes into account factors including the age of a rating, whether the ratings are from verified purchasers, and factors that establish reviewer trustworthiness.
Top Reviews

Caio Percario
4.0 out of 5 stars Great potential, slow start
Reviewed in the United States on June 14, 2020
Verified Purchase
Overall a good book. It simply took too long for the actuall action to start. The book starts getting better at the 80% mark. Gave it 4* for the series potential, otherwise it would have been 3*
Read more
2 people found this helpful
Helpful
Comment Report abuse

LitRPGPodcastTop Contributor: Fantasy Books
TOP 1000 REVIEWER
3.0 out of 5 stars Fine dark world building, but kinda bored up until the 80% mark
Reviewed in the United States on April 17, 2020
This is an apocalypse dungeon story that frankly takes too long to get to any kind of RPG progression. It's dark, but that aspect got boring as I kept waiting for something RPG related to appear. It does so about the 20% mark when the main character (MC), a kid who can't walk, is thrown into a dungeon and bonds with the dark deity there thus gaining access to the RPG system powers lorded by the invading alien elves.

From the 23% mark on it's a dungeon dive, sort of. The tone of the novel is dark with everyone looking to hurt everyone else or take advantage of them to survive. But beyond that there's not much that stands out.

The world is dark with everyone being super selfish and willing to sacrifice anyone to get ahead, but it doesn’t make sense why they’re like that. At the beginning of the novel the RPG apocalypse happens, and monsters appear. Great with you. But then after only a few days of waiting, it feels like the entire universe just did a 180 turn and turned into selfish jerks with no real transition between. Some of that can sorta be explained in the story with some time stuff, but it never really felt well developed to me.

Another thing that stopped me from enjoying the story more was the emotional/mental inconsistency of the MC. He's a whiny kid when the apocalypse hits and is thrown into the dungeon. But after he is transformed his thoughts and internal dialogue are of an adult that is bitter, vengeful, and driven to become powerful.

Despite the dark tone, I was frankly bored. I know the story is supposed to be building the world but I got tired of nothing happening. It was disappointing that for a world of dungeon diving, no actual dives happen till the 70% mark. Even then it's the MC being power leveled by the guild he joins in the dungeon. He's doing very little power gain based on his own efforts. He gets boosted stats, a new race, and a class from a dark deity. He's power leveled by his guild and his summoned demon. The MC is meant to be a dark badass but he doesn't actually do much of anything till the end of the story.

Yet, that ending was almost enough to redeem the story for me. The last minute betrayal and bad ass response was what I'd wanted to see the entire story.

Overall, most of the story didn’t work for me. While I enjoyed the very end of the novel, I was kinda bored until the 80% mark. I’ll give the next story a shot and hope future novellas continue the better pacing.

Dustin & Lisa W.
4.0 out of 5 stars Tons of potential.
Reviewed in the United States on April 15, 2020
Really enjoyed the concept of the book, but could really have used an editor. Felt a bit unpolished in places, misspelled and misused words and the last chapter was extremely rushed and confusing. That being said I will be reading the sequels and look forward for more adventures.
Read more
2 people found this helpful
Helpful
Comment Report abuse

Kindle Customer
5.0 out of 5 stars Good start of a series, dark, but a bit short.
Reviewed in the United States on April 12, 2020
So decided to give this book a try, being a fan of dark, post apocalyptic type LitRPGs I really enjoyed the book, although it seemed very short and ended a bit abruptly. Wishing the next books were already available to continue the series.
Read more
One person found this helpful
Helpful
Comment Report abuse

Jared Alexander
1.0 out of 5 stars Well...
Reviewed in the United States on April 10, 2020
Such a good idea , very poorly executed. Could have been good, hopefully the author keeps trying, that's the only way to improve.
Read more
One person found this helpful
Helpful
Comment Report abuse
See all reviews from the United States