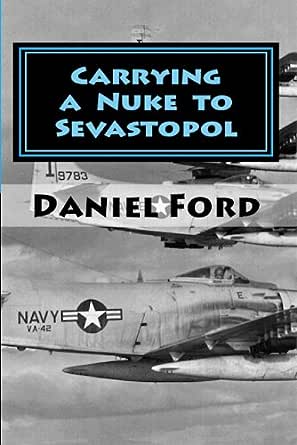 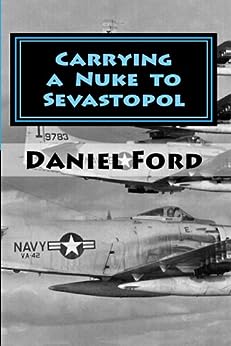 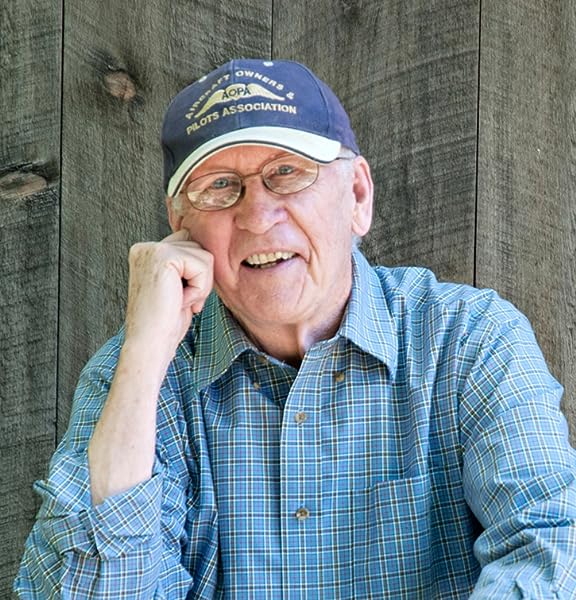 Carrying a Nuke to Sevastopol: One Pilot, One Engine, and One Plutonium Bomb Kindle Edition

This story began as a study of lofting or tossing nuclear weapons, so as to extend the range of slower warplanes and to better their chances of escape. I became fascinated with the notion of using the prop-driven Skyraider for this purpose, and the story evolved into an account of what it would have been like to drive this 1940s aircraft to Sevastopol on the first day of the Third World War. "Crazy days," as one pilot called the notion. The article was published in Foundation magazine of the Naval Aviation Museum and is somewhat expanded here. I have included my email correspondence with the men who call themselves the "Spadguys," for the benefit of those who'd like to delve deeper into the sometimes desperate measures that were taken during the Cold War years. The book's frontispiece shows the pretty Pokrovsky cathedral in the center of Sevastopol, which I have chosen as the IP or Initial Point of my mythical sortie. From its spire, all other calculations would be based. Crazy days, indeed! -- Daniel Ford

Daniel Ford has spent a lifetime studying and writing about the wars of the past hundred years, from the Irish rebellion of 1916 to the counter-guerrilla operations in Iraq and Afghanistan. He is best known for his history of the American Volunteer Group--the 'Flying Tigers' of the Second World War--and his Vietnam novel that was filmed as Go Tell the Spartans, starring Burt Lancaster. Most recently, he has turned to the invasion of Poland in 1939 by Germany and Soviet Russia. Most of his books and many shorter pieces are available for Amazon's Kindle ebook reader. He lives and works in New Hampshire.

Bob Bergin
5.0 out of 5 stars And You Think Our World Is Crazy
Reviewed in the United States on November 3, 2015
Verified Purchase
I knew how the Soviets did it, and I had talked with the Chinese Communist pilot who had tossed a live one - an H-bomb. But after meeting a U.S. Marine who flew the A-4 Skyhawk on nuclear missions, I realized I knew nothing about how the Americans used “toss” or “loft bombing.” I came to Amazon to find out – and Dan Ford had the answers.

“Carrying a Nuke to Sevastopol" is Ford’s study of what the U.S. military called “LABS” or “Low Altitude Bombing System.” He tells how it was done in 1957 by the pilots who flew the venerable, single-engine, propeller-driven Douglas AD-6 Skyraider, also known as the AD or Able Dog. The AD would later earn its reputation in Vietnam as “the finest close support aircraft ever built.” There it was called the “Spad” after a World War I wood-and-fabric biplane. And that tells you something.

Using a WWII era airplane for a nuclear mission seems crazy now, but that was the nature of the Cold War and the doctrine of Mutually Assured Destruction (MAD), the sure annihilation of both sides if nuclear weapons were put to use. Had World War III started suddenly, the AD was ready, sitting on a carrier deck in the Mediterranean. It would take off – not catapult - and fly the many miles to the Soviet Union – at 140 knots and fifty feet above the water. A few miles from its target, the AD would perform the LABS maneuver or “idiot loop” to fling the bomb toward its still distant target and allow the AD to get out of the way before the bomb exploded. If the AD and its pilot survived the blast, there was really no place to go. Their carrier was probably already sunk. And the “bright suns…rising all over Russia” that morning would also be rising over America as the Russians struck back. “We really didn’t worry too much about the mission,” one AD pilot told Ford. “Sort of figured it would be the end of the world anyway.”

The book includes email Ford received from pilots who flew the Skyraider as a nuclear bomber. The messages give insight into the real life things the pilots had to deal with as they trained for their nuclear mission - and accepted the reality of their role. This is a book for airplane buffs, many of whom probably haven’t come across the AD’s nuclear mission before – it was kept secret for a long time. But this is also a book for anyone with interest in the Cold War and what mankind faced in the most dangerous time for the survival of what we call civilization. But maybe the MAD doctrine was not so crazy. We are all still here.
Read more
3 people found this helpful
Helpful
Comment Report abuse

Debbie Marron
5.0 out of 5 stars Good book.
Reviewed in the United States on February 15, 2013
Verified Purchase
Husband was interested in this subject as he was a pilot in the Navy during that time. (Cold War and then in Vietnam)
Read more
3 people found this helpful
Helpful
Comment Report abuse

Mike OBrien
5.0 out of 5 stars This stuff is REAL!!!
Reviewed in the United States on July 19, 2015
WOW!! My dad flew these missions in the early 60's!! I used to ask him if it ever hit him during maneuvers that, as a single seat plane, he actually had so much power at his disposal?!?! He explained that while the squadron would conduct training, one pilot would sit in the ready room on a 12 hour shift. That pilots plane would be prepped, armed, and ready to go. If the word came, he'd launch! If the carrier was still there (think about that!!!!) the rest of the squadron would land, arm, and go!!!!!

AK
4.0 out of 5 stars Two part booklet on the Skyraider as an unlikely nuclear delivery platform - informative but short
Reviewed in the United Kingdom on December 18, 2013
Verified Purchase
Daniel Ford - perhaps best known for his early Vietnam book  Incident at Muc Wa (Go Tell the Spartans) A Story of the Vietnam War  (subsequently turned into a successful movie ( Go Tell The Spartans [DVD ])) - has produced a handful of books on various military / history related subjects over the past handful of years, of which this is one. It covers the use of the USN carrier based Skyraiders in the nuclear deterrence role for a short time in the late 1950s and early 1960s.

The piston engined Skyraider is certainly an unlikely platform for the nuclear delivery role and the survival rate of the aircraft in such missions would surely have been close to nil. Yet in the context of the Cold War turning into an all out nuclear holocaust, one can definitely understand the thinking behind using all options available.

The book is divided into two parts - the first one covering what a specific nuclear mission bombing the Sevastopol airport would look like, and the second one, which is a collection of e-mail exchanges the author had with the pilots actually having trained in the nuclear delivery role on the Skyraider.

This means a concise and structured first part, with descriptions of what the mission would look like, how the training for the low level lobbing delivery took place and on what the difficulties prior to delivering the payload and subsequent to the delivery would have been. This is then followed by a fairly unstructured but also unfiltered second part, with the individual responses of the former aviators tasked with preparing for those missions.

Arming highly vulnerable (in the context of an all out war) Skyraiders with nukes was certainly one of the more outrageous ideas of the Cold War, so getting some collected information on this is certainly highly interesting. The first (short) part of the book is also highly readable and well structured. The second one probably of higher value to former USMC / USN aviators, who flew the plane and would like to reminisce over times past. Overall an interesting piece on an unlikely Cold War aviation topic.
Read more
Helpful
Sending feedback...
Thank you for your feedback.
Sorry, we failed to record your vote. Please try again
Report abuse

Toofanifan
4.0 out of 5 stars Interesting glimpse into MAD...
Reviewed in India on August 18, 2019
Verified Purchase
(Mutually Assured Destruction)....low tech nuke delivery training and preparedness by the US Navy during the Cold War.
10 hour solo missions at 140 knots ....200 feet above the sea.
Read more
Helpful
Sending feedback...
Thank you for your feedback.
Sorry, we failed to record your vote. Please try again
Report abuse