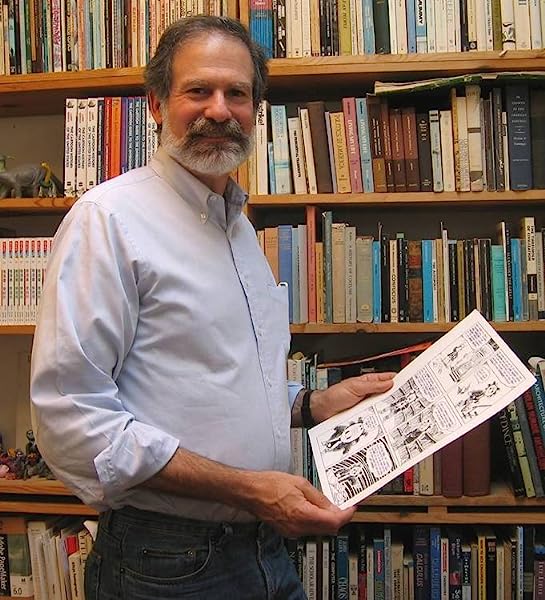 One of the beautiful things about comics is that it is possibly the best medium for combining education and entertainment. No one knows this better than Larry Gonick, whose Cartoon History series spans many subjects. Whether you are a fan of history, comics, or Gonick's books, The Cartoon History of the Universe I is a great place to start. Part I contains volumes 1 to 7, from the Big Bang to Alexander the Great.

Gonick's hilariously informative history of the planet is a great addition to the growing field of comics trade books. Starting with the Big Bang theory and moving on to the "evolution of everything," he manages to cover three billion years--from the origins of cellular life to the fossil and dinosaur periods that followed, right up to the first appearance of hominids--all with casual erudition, silly humor and delightfully cartoony black-and-white drawings. But Gonick doesn't stop there. He reinstates the record of women (their theoretical role in the development of agriculture and the matrilineal clans of the neolithic era) as well as accurately restoring black racial characteristics to the Egyptian dynasties. He also surveys other highly evolved ancient civilizations: the Sumerians, the Hittites, the Assyrians and the Israelites. Gonick cheerfully conjures rulers, warriors and slaves alike, many stumbling around in the desert, as they form the foundations for Western civilization. This is Gonick's first book.
Copyright 1990 Reed Business Information, Inc.

"Obviously one of the great books of  all time." -- Terry Jones.

"Obviously one of the great books of all time." -- Terry Jones.

Larry Gonick is a professional cartoonist and author of The Cartoon History of the Universe series, among other illustrated books. He lives in San Francisco, California.
Read more

Page 1 of 1 Start overPage 1 of 1
This shopping feature will continue to load items when the Enter key is pressed. In order to navigate out of this carousel please use your heading shortcut key to navigate to the next or previous heading.
Back
Next
Pages with related products. See and discover other items: human form, cat cartoons, cat comic, satire cartoons, big cats, big history