Casa Marcela and millions of other books are available for Amazon Kindle. Learn more 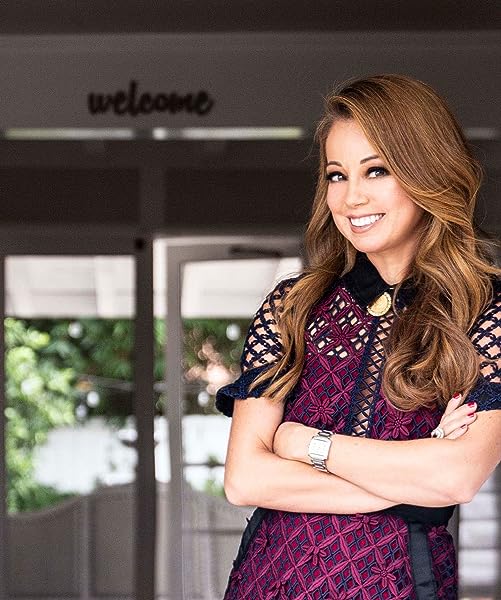 Casa Marcela: Recipes and Food Stories of My Life in the Californias Hardcover – Illustrated, April 25, 2017

This is a showstopper right here. If you are lucky enough to travel through Mexico, you’ll find that there are countless versions of stuffed peppers: with cheese, with meat, with beans, with dried fruit, and here with seafood. This simple, rich, creamy perfection fills the optimal pepper for stuffing: the poblano. Be careful, though, because depending on the crop, they can range from totally mild to pretty darn spicy. Don’t be afraid to smell them at the market: if it stings your nose a little, you’re probably gonna get some fire from the pepper. If spice is what you are looking for, you can certainly use a jalapeño. They are smaller, so you’ll have to purchase a few more to use up all the stuffing, but they also come out great.

Turn a gas burner to high. Char the poblano chiles directly on the burner, turning with tongs, until blackened all over. (Alternatively, roast in the oven under the broiler.) Place the chiles in a plastic bag and let steam for 10 minutes.

Gently rub the chiles with paper towels to remove as much skin as possible. Using a paring knife, make a slit across the top of a chile just below the stem, leaving the stem intact. Starting from the middle of the slit, slice lengthwise down to the tip of the pepper (cut through only one layer). Open the chile like a book and pull out the seeds and inner membranes. You may need to use a paring knife to loosen the top of the seedpod. Repeat with the remaining chiles.

Melt the butter in a large, heavy saucepan over medium heat. Add the garlic and chiles de árbol and cook, stirring, until fragrant, about 2 minutes. Add the shrimp and cook, stirring, until lightly pink, about 1 minute. Season with salt to taste. Stir in the beer and cook until lightly evaporated, about 3 minutes. Stir in the cream and bring the mixture to a simmer. Remove the shrimp from the sauce and cook the sauce until thickened, about 6 minutes more. Return the shrimp to the pan and add 1/2 cup of the cheese, stirring until the cheese is completely melted. Turn off the heat.

Preheat the broiler to high.

Fill each chile with about 1/4 cup of the creamy shrimp and transfer to a large glass baking dish. Divide the remaining 1/2 cup cheese among the chiles and broil until the cheese is melted and golden brown, about 6 minutes.

“Marcela and I both come from very close families that place huge value on food. The thing I love most about her recipes is the story behind them. Her new cookbook not only brings you into the heart of her home, but shows you how delicious tradition can be! This new cookbook feels like a memoir of her life told through food. You will enjoy the journey as much as the recipes! A great addition to your collection of Mexican cookbooks!”
—Eva Longoria

“Food is life. That is true for Marcela and for me. In this collection, Marcela brings her delicious culture and recipes right to you. So spend time at Casa Marcela, and you’ll never want to leave.”
—Rachael Ray

“I have always believed that our homes should tell our stories, and, no matter who you are, we all want to live beautifully. Marcela’s book exemplifies that . . . the story of food, design, and what matters most, all wonderfully woven together.”
—Nate Berkus, interior designer and author

“One of the greatest bonuses of The Kitchen has been getting to know Marcela. This is a woman who truly does it all, making it look so easy with style and grace, while having FUN. I have learned so much about Mexican cooking from her, and this cookbook is truly phenomenal. Make the sweet potato enchiladas and the jalapeño roasted chicken ASAP!”
—Katie Lee, cookbook author and Food Network host

“In this collection, Marcela shows us what food truly is: a bridge, not a wall, between cultures. Through each dish she tells a story of her upbringing on the border between Tijuana and San Diego, and she helps you to understand what it means to take pride in where you come from and where you are at this very moment. Marcela will make you appreciate the time, care, history, and love that goes into every Mexican recipe she shares, and will inspire you to want to spend a night, or more if you are lucky, with her and her family at Casa Marcela. I’m proud to call her my Mexican sister.”
—José Andrés, chef/owner, ThinkFoodGroup and minibar by José Andrés

“Sharing your culture by cooking at home with your family and friends is so important. Furthermore, having a garden at home is such a great way to have a direct connection with the ingredients you are combining. Taking these homegrown items and manipulating them as little as possible to create fresh, authentic dishes is the best way to honor your heritage and culture. Getting back to the basics and really perfecting those family recipes are so crucial to carrying on tradition.”
—Aarón Sánchez, chef/owner of Johnny Sánchez

“If you have seen Marcela on the Food Network or follow her on social media, you know, like I do, that this is a long-awaited cookbook. You have also probably witnessed the careful making, step by step, of her Casa Marcela, a place full of color, warmth, humor, and love for family, friends, and neighbors. A place with a gorgeous and unique style. A place with ridiculously delicious food, where past and present blend to show how tasty Mexican in America can be. With this book, Marcela, without any reservations, has swung the door wide open to her home, and has wholeheartedly invited us in. You can’t miss out!”
—Pati Jinich, chef, author, and PBS host of Pati’s Mexican Table

"In Valladolid’s latest cookbook, the Food Network host warmly welcomes readers into her southern California home ... an inspiring blend of everyday recipes, along with more time-consuming dishes meant for special occasions... Some of her most interesting recipes are mash-ups of different cuisines, including huitla-waffles, pork shoulder in morita-hoisin sauce, and Mexican ramen. Valladolid’s fans will enjoy reading this book as much as they enjoy cooking from it."
—Publishers Weekly

MARCELA VALLADOLID grew up in Tijuana and jumped straight into a culinary life with her first job working at her aunt’s cooking school in Baja, Mexico. She soon realized she wanted to pursue her growing love for food full time. After cooking school, Marcela eventually parlayed her classical training and skills to become a food editor at Bon Appétit magazine. Next she crossed into TV when she landed her own cooking show on Discovery en Español called Relatos con Sabor and was selected as one of the contenders on The Apprentice: Martha Stewart. In 2009, Marcela was given the chance to showcase her family recipes when she released her first cookbook titled Fresh Mexico: 100 Simple Recipes for True Mexican Flavor. Soon after her book release, she landed a dream job as the host of her own Food Network show, Mexican Made Easy, which aired for five seasons. Marcela released a second cookbook called Mexican Made Easy in 2011, a companion to her Food Network show and an entryway into authentic Mexican cuisine. She she was a long-time co-host of The Kitchen, the Emmy-nominated talk show on The Food Network and is currently a permanent judge on Best Baker in America, also on Food Network. Her latest book is Casa Marcela, released in 2017. She lives in San Diego, California.
Start reading Casa Marcela on your Kindle in under a minute.

4.8 out of 5 stars
4.8 out of 5
270 global ratings
How are ratings calculated?
To calculate the overall star rating and percentage breakdown by star, we don’t use a simple average. Instead, our system considers things like how recent a review is and if the reviewer bought the item on Amazon. It also analyzes reviews to verify trustworthiness.

K. Wooten
5.0 out of 5 stars I simply love this beautiful cookbook
Reviewed in the United States on July 16, 2017
Verified Purchase
I simply love this beautiful cookbook! I haven't had this book for that long but have made several recipes from it. Every single recipe has been excellent. The Jalapeño Roasted Chicken is perfection; chicken is just right with a hint of spice and the potatoes placed underneath the chicken were a welcomed addition! I think I have made this 3 or 4 times since receiving this book about 2 months ago! I just made the Kale Potato Enchiladas and was very happy with its taste! Nice to have a vegetarian dish. She has some lamb dishes that are very flavorful and I recommend them. The salmon with tomatillos was also yummy. This is a gorgeous book and fun to read. Many stylists were used to help make this book so pretty and their efforts came though. This is the first book I have bought from this chef, but I may have to consider others as I am very happy with it!
Read more
12 people found this helpful
Helpful
Report abuse

Karem Ochoa
5.0 out of 5 stars Cooking with Marcela Valladolid
Reviewed in the United States on May 7, 2017
Verified Purchase
This book has everything you need to know about making a traditional Mexican meal. This book has so much color and happy pages of a beautiful happy family makes me want to cook every day with Marcela.
Can't wait to make my favorite dessert Conchas.
Read more
8 people found this helpful
Helpful
Report abuse

Sarah Wurm Rossi
5.0 out of 5 stars Get this Cookbook! You can’t go wrong!
Reviewed in the United States on November 21, 2020
Verified Purchase
A marvelous cookbook! Bought two of them for Christmas gifts. My girlfriends will love this book. Marcela is a great cook and such a warm kind person.
Read more
2 people found this helpful
Helpful
Report abuse

Marii
5.0 out of 5 stars Take me home to Mexico
Reviewed in the United States on October 6, 2020
Verified Purchase
This book is perfection. Recipes are simple and tasty. Open any page and start cooking. Comfort through and through
Read more
Helpful
Report abuse
See all reviews

David Wragg
5.0 out of 5 stars Good stuff
Reviewed in Australia on September 3, 2019
Verified Purchase
Bought for my wife and she really likes it.
Read more
Report abuse
See all reviews

Page 1 of 1 Start overPage 1 of 1
Previous page
Next page
Pages with related products. See and discover other items: houghton mifflin harcourt cooking, chef cookbooks, chefs cookbooks, 2017 chef cookbooks, story of life, tv show books
Back to top
Get to Know Us
Make Money with Us
Amazon Payment Products
Let Us Help You
EnglishChoose a language for shopping. United StatesChoose a country/region for shopping.
© 1996-2021, Amazon.com, Inc. or its affiliates