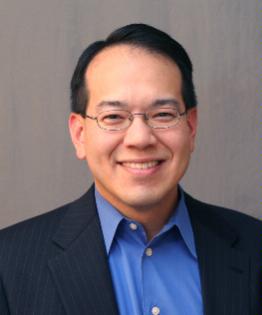 "With Victor's help, I went from not knowing anything about consulting to securing offers from McKinsey and BCG."
--Mihnea Munteanu, University of Michigan

"Despite having a liberal arts degree from a state school, I landed a dream job with L.E.K. Consulting. Thanks, Victor."
--Jackson Boyar, Indiana University

"Victor has put me in a very difficult position--now I have to decide between offers from two of the top three consultancies!"
--Christopher Perez, The Wharton School

"Victor gave me a clear understanding of how to structure a case interview using a highly logical approach. This helped me get offers from BCG and a boutique firm and make it to McKinsey's final round before opting out."
--Martin Pustilnick, Boston Consulting Group, Argentina

"In my first attempt to break into consulting, I failed every one of my interviews with McKinsey, Bain, BCG, Oliver Wyman, Monitor, Booz and probably a few others. On my second attempt two years later, I followed everything Victor Cheng suggested and took advantage of every resource he provided ... and received an offer from McKinsey!"
--Daniel Suo, Business Analyst (Offer Recipient), McKinsey, Stamford

"Without Victor's help, I never would have gotten an offer from BCG. What he teaches really makes the difference between getting an offer and not."
--Puttipath Tasnavites, Boston Consulting Group, Thailand

"After following Victor's guidance, I had a complete breakthrough in my case interview performance and got an offer from Monitor."
--Marine Serres, Monitor & Company

"As a PhD candidate in engineering, I had an academic background that left me completely unprepared for the case interview process. That's when I found Victor Cheng and ended up getting my dream job. Thank you, Victor!"
--Zach Jacobson, McKinsey, New York

"Rather than 'teach to the test,' Victor teaches you how to think like a consultant. It's an approach that required me to memorize nothing more than a few simple business ideas yet allowed me to perform well in the case interview regardless of the type of case I received. I could not have gotten my BCG offer without his help. Thank you, Victor!"
--Warren Cheng, Boston Consulting Group, Hong Kong

"Victor and all his materials on the case interview are by far the best resources on the topic that exist. The combination of Victor's advice and hard work made all the difference for me." --Dmitry Papulin, McKinsey, Dubai

"Victor taught me how to prepare both technically and mentally, and this is what makes the difference between him and the competitors. Without his help I probably wouldn't have gotten the offer from BCG. Thank you, Victor Cheng!"
--István Mag, Boston Consulting Group, Hungary

"Victor is effective because he focuses on behaviors and habits that make you successful and not just on frameworks. With his help, I received a McKinsey Summer Associate offer."
--Abhi Patangay, Kellogg School of Management

As a former McKinsey consultant, résumé screener, and case interviewer, Victor Cheng mentors thousands of aspiring consultants via his articles and videos at www.caseinterview.com. As a candidate, he passed 60 cases and received job offers from McKinsey, Bain, Monitor, LEK, AT Kearney, and Oliver Wyman. At McKinsey, he was rated in the top 10 percent of consultants worldwide in his cohort. Today he advises Inc. 500 CEOs.