Add to Cart
$9.57
& FREE Shipping on eligible orders. Details
Sold by: Amazon.com
Have one to sell?
Sell on Amazon 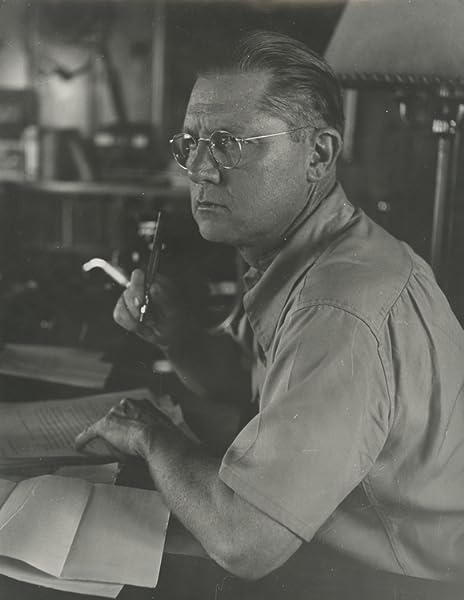 4.5 out of 5 stars
4.5 out of 5
67 customer ratings
How does Amazon calculate star ratings?
Amazon calculates a product’s star ratings based on a machine learned model instead of a raw data average. The model takes into account factors including the age of a rating, whether the ratings are from verified purchasers, and factors that establish reviewer trustworthiness.
Top Reviews

L. Buell
4.0 out of 5 stars Lucky to Get It
Reviewed in the United States on January 12, 2013
Verified Purchase
Perry Mason solves another one! He knows the law and how to push it as far as he can, bending it to the benefit of his innocent (naturally) client without actually breaking it. He is scrupulous in a just-shy-of-unscrupulous way. Ends justifying the means, perhaps?

Ethical questions notwithstanding, Gardner is ever entertaining. His language is crisp, plots endlessly twisting, and characters deliciously villainous or improbably naive. Forgive him his stereotypes (racial, gender, or whatever) because he was a reflection of his times.

Despite Gardner's frequently sexist portrayals of damsels in distress, one of his strongest and most interesting characters is none other than Della Street. She ran the show but was wise enough to not let on to her single-minded boss who would rattle off a litany of orders, confident she would get them all down on her steno pad, finish them on an impossibly short timeline, and never have a hair out of place. She was his defensive tackle who ran interference for him without ever showing a single ruffled feather. The soul of discretion, she would make the most secure information vault pale in comparison to her secret-keeping abilities. No wonder she remained 'Miss Street' all those years--there way no way she had a life outside that office. But we loved her for it.

These books from Earl Stanley Gardner are kind of a time capsule. You might enjoy references to 'expensive $5.00 ties,' or dropping a nickle into a pay phone. And no matter how dangerous the world seemed to them, it feels nostalgic and safe to visit now.

So if you want a (somewhat predictable) brain teaser, interesting (though somewhat stereotypical) characters, and a hero who is equal parts anti-hero, you'll enjoy these books. Take them for what they are and enjoy!

Kindle Customer
5.0 out of 5 stars "Lucky" to have Perry Mason as her attorney
Reviewed in the United States on August 2, 2015
Verified Purchase
What a wonderful book! Erle Stanley Gardner has done it again with this third installment of the Perry Mason series. This case deals with the murder of a shady promoter of good-looking young women. Young women win a "legs" contest and are promised a Hollywood career and attendant fame. This is, of course, a scam, and the girls are left fame-less and penniless. The promoter, of course, is murdered and Mason represents the girl and man who are the prime suspects. The plotting is intricate; the pace is fast and the end is surprising. Through it all, Mason is calm, deliberative, ingenuous, and brilliant. I highly recommend this book.
Read more
Helpful
Comment Report abuse

Britt619
5.0 out of 5 stars Such fun
Reviewed in the United States on June 24, 2020
Verified Purchase
I loved the Perry Mason books when I first read them as a teenager, and I'm really delighted to find that I like them quite as much now that I'm quite a few years older. Perry and Della and Paul are awesome characters.
Read more
Helpful
Comment Report abuse

David Elebute
5.0 out of 5 stars another great case!
Reviewed in the United States on December 30, 2019
Verified Purchase
this story is why the book is always better than the screenplay
this story twists so much that I kept reviewing what I I had just read

PT
4.0 out of 5 stars Enjoyable
Reviewed in the United States on September 8, 2019
Verified Purchase
I am reading the series in order so I might gauge the changes in Mr. Gardner's perception of legal and police practices changed through the decades.
Read more
One person found this helpful
Helpful
Comment Report abuse

DRRD
3.0 out of 5 stars Mostly Detective Work
Reviewed in the United States on January 6, 2015
Verified Purchase
Not one of the more interesting ones. I'm partial to those where we get to see Perry solve the mystery in court, in front of a jury, fighting for his client's life.

This one happened more behind the scenes, with a lot of Detective work, moving people around and playing musical hotel rooms. I did catch on to who 'did it' about half way through, but it did keep me reading. Mostly because Perry crosses a line (like he usually does) but could get caught at it. Not good to have a lawyer have to do time! So wanting to see how that played out kept me interested.

RFUrbaniak
4.0 out of 5 stars Learning from Erle Stanley Gardner
Reviewed in the United States on April 24, 2016
Verified Purchase
Slowly reading through the Perry Mason series, I am still in the middle of this one. It is a light escape from the chore of reading about Ptolemeic Egypt as translated from papyrus and the Rosetta Stone. Erle Stanley Gardner, with his particular vices (look it up), is an often copied story teller from whom I hope to learn something. His stories seem quite formulaic and often worked well as screenplays. I'll probably read another 3 or 4 in the series.
Read more
Helpful
Comment Report abuse
See all reviews from the United States

Richa Bhargav
2.0 out of 5 stars Can be skipped
Reviewed in India on December 13, 2016
Verified Purchase
This Perry Mason happens to be the 3rd of the series. Maybe thats why it is so different than the others I have read. It is almost like its not the same Perry Mason at all!

I guess Gardner still hadn't found the rythm or the pattern that his later works reflect. The interpersonal relations between Mason and Della, Mason and Drake are so different here! Drake is more of an equal than an accessory and Della is more girlish and frightened in this case. There is no scent of that dashing, confident, sly, persistent side kick, that I have grown to love so much. I guess as in real life, the characters were still young and fresh in Gardner's mind during this book. Still trying to find themselves.

What were thankfully same here as in the other books of the series, were Mason's grit, determination and cunning, and his habit to stick his neck all out for his clients. They remain true all throughout the series.

I see that Gardner has attempted to try and give Mason many characteristic actions which he might have thought are a benchmark for a successful mystery. Too many words have gone in describing these gestures which are, to be frank, unnecessary. Thankfully, he abandoned these later.

Another place where this case differed majorly was, the entire arrangement of the case. There was too much running around and sleuthing happening here. For the 1st time (at least to my eyes), another private detective was hired to keep a watch on Drake! Two agencies hired by Mason here! Plus, all his detecting! Too much!

I felt something amiss initially and many times through this book, like, something very very wrong... But, once I consciously decided to keep all my idea of a typical Perry Mason mystery aside, and read this book as a stand alone, fresh book, I could, comparatively read it easier.
Read more
One person found this helpful
Helpful
Sending feedback...
Thank you for your feedback.
Sorry, we failed to record your vote. Please try again
Report abuse

Gordon Laplante
3.0 out of 5 stars Not one of his best...
Reviewed in Canada on May 20, 2019
Verified Purchase
Not one of his best. The book feels padded due to the fact that the same stories are repeated over and over again in various conversations between different characters where a simple line indicating that Mason told Dela what he had learned, etc, would have sufficed in most cases.
Read more
Helpful
Sending feedback...
Thank you for your feedback.
Sorry, we failed to record your vote. Please try again
Report abuse

Mikhail Lichko
1.0 out of 5 stars One Star
Reviewed in Canada on July 11, 2015
Verified Purchase
This no el seems a bore....
Read more
Helpful
Sending feedback...
Thank you for your feedback.
Sorry, we failed to record your vote. Please try again
Report abuse