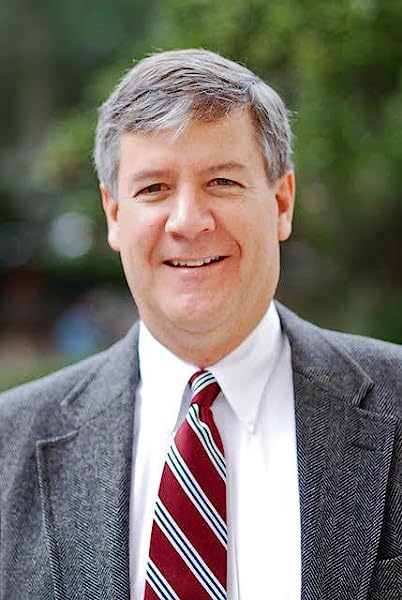 Case for Traditional Protestantism: The Solas of the Reformation Paperback – Illustrated, June 1, 2004

Karl Dahlfred
5.0 out of 5 stars The 5 Solas summarize the Gospel which is being ignored, forgotten, or denied in the modern church
Reviewed in the United States on June 28, 2016
Verified Purchase
Author Terry Johnson makes a good case in this book for the on-going importance of the five solas of the Protestant Reformation (Sola Scriptura, Sola Gratia, Sola Fide, Solo Christo, Soli Deo Gloria). He shows how each sola preserves an important aspect of Biblical Christianity, arguing from the Bible the necessity and value of each sola. Each sola gets one chapter, except for Soli Deo Gloria, which gets 2 chapters in which Johnson shows how we must seek the glory of God in various areas of life, both private and public.

This book is well written but it does take some concentration to read. However, it is not just for theology buffs or church history nerds who like Latin phrases. The solas of the Reformation are for the whole church and represent nothing more than a clear, concise summary of the essential parts of the Gospel of Jesus Christ that are being ignored, forgotten, or denied in the modern church. This book is a call to the church to return to its first love, the Lord Jesus Christ, who is lifted up and magnified when we understand and embrace in our lives the truths summarized in the five solas.

Macphile
5.0 out of 5 stars The Five Solas for Today's Believer Priest
Reviewed in the United States on September 27, 2017
Verified Purchase
Simple yet scholarly. Theological yet practical. Great intro to the Five Solas of the Reformation in an irenic manner. Useful for all believer priests (pastors and laity) who lead or teach others and are looking for a tool to help them prepare lessons on the gospel necessity of the Five Solas: Sola Scriptura, Sola Fide, Solus Christus, Sola Gratia, and Soli Deo Gloria. Highly recommended as a Reformation resource.
Read more
3 people found this helpful
Helpful
Report abuse

Baxterblogger
5.0 out of 5 stars An excellent presentation of the Christian faith
Reviewed in the United States on March 29, 2007
Verified Purchase
This is the first book of Terry Johnson's that I have read. If the others are as good as this one, he is an author well worth reading. For a person well-versed in theology, this book provides a wonderful review of the fundamentals of Reformation belief for today. For those not well-versed in theology, this is a great introduction, written in a clear, easy-to-read style. The author explains the concepts very clearly and backs them up with great examples. The sources he cites are impressive. I found the two chapters "Sola Fide" and "Sola Gratia" to be the best in the book, and felt very encouraged and inspired in my own faith. All the chapters are well worth reading and re-reading. The book has practical application, for a clear understanding of the teachings he presents can help strengthen a person's faith and confidence in their Christian walk. I am pleased to give this book five stars.
Read more
13 people found this helpful
Helpful
Report abuse

Kelsey
5.0 out of 5 stars A wonderful read on the main tenants of the Reformation
Reviewed in the United States on May 5, 2013
Verified Purchase
This has been a wonderful read. I have been preaching a sermon series on the 5 Solas and it has been invaluable for this, but in the meantime I learned much between the Roman Catholic and Protestant churches that I was not aware was such large divides. As I life-time Protestant, never thought of the reformation as a revolt but found from some YouTube videos regarding this issue that it is indeed even now considered as such. This book addresses the issues of the revolt, aka reformation, and gives some helpful Scripture references and anecdotes to explain this to others. I also believe that the solas are a great guide to Christians on what ideas are in line with scripture and what is not. If it doesn't vete against - By Scripture Alone, By Christ Alone, By Faith Alone, By Grace Alone, and Glory to God Alone then that idea needs to be rethought. Thank you Terry, for your great work in this area in the life of the church.
Read more
5 people found this helpful
Helpful
Report abuse

Doyle Peyton
4.0 out of 5 stars a good start for your study
Reviewed in the United States on February 14, 2017
Verified Purchase
A good introductory study of the Solas of the reformation. Practical and informational.
Read more
Helpful
Report abuse

Seth McBee
5.0 out of 5 stars Great read into the subject
Reviewed in the United States on March 23, 2007
This is great book that shares the Five Solas of the Reformation. Terry Johnson goes into each Sola, with the actual definition of how they were meant to be understood by the original Reformers.

I really enjoyed the study through the book and helped my understanding as I have been teaching on these and writing on these Solas. Mr. Johnson goes into good detail of every Sola: Sola Scriptura, Solus Christus, Sola Gratia, Sola Fide and Soli Deo Gloria. The book isn't able to go into complete study as there have been large volumes written on each one of these Solas, but, never the less, Mr. Johnson does give the reader enough information to really spark serious study on the issues at hand.

What I have found is that most claim these Solas but really either don't know what they really mean, or don't live them out practically. Mr. Johnson makes sure that these are well defined so that any reader will at least understand the definition of each Sola, even if they end up disagreeing with the Sola itself.

The one thing that I believed was lacking a little, was pulling in modern thoughts and movements that go against some of these Solas. Mr. Johnson did a great job historically defining them but it would have been nice to get his take on the movements (Seeker, "moderate"Calvinists, Emergent, Word Faith) that fly in the face of the reformed thought on the Solas and the whole point of the Reformation from the Catholic church.

With that said, I would still very much encourage any who don't know the history and definition of the Five Solas to pick up this book as a resource, or read my posts [...] on the subjects at hand
Read more
8 people found this helpful
Helpful
Report abuse
See all reviews

teuto
3.0 out of 5 stars real protestantism, unmitigated
Reviewed in Canada on July 26, 2018
Verified Purchase
if you are looking for a relatively new presentation of classical Protestant doctrine, this is the book for you. Its author clearly, and in his own and many protestants readers's perception, convincingly proposes the traditional doctrine of the "five solas" which are in fact at the heart of protestant Christianity. For this honest and directness he deserves credit.
Johnson seems less ware of the intrinsic contraction of the term "traditional protestantism" but never mind. More importantly, what he cannot offer is a biblical justification for "sola scriptura" . His views on the role of the church, interpretation, tradition, reason and freedom of conscience of the individual are simplistic. Repeatedly, he mentions, and responds to, colleagues of his from seminary who have converted to Catholicism. But he does not really engage the basic arguments and challenges their position might raise against several of his reformed core principles.
Historically, his views on medieval innovations and on how the reformation itself unfolded are inaccurate and partially deficient, starting with what happened, and what it originally meant when Luther put his 95 theses on the church door of Wittenberg.
The author's views on the reformation, its theological principles, and its historical consequences are quite biased. He does not engage with its limits or problems. I am wondering whether it is his actual conviction, or whether it is his choice for this book, which wants to make "a case for traditional protestantism".
The reason I liked, and recommend, this book it that it presents, to a degree, a view of protestantism as if ecumenism never happened. And we need that. It would have been better yet if the author chose also to engage with what ecumenical movements and theology have achieved over the past decades, and by that I mean: how little, and how problematic things it has achieved.
My guess is, there are two kinds of readers who will benefit from this book: first, readers who belong to a protestant church that is similar to the one where the author is pastor, unfashionable as that has become among protestants themselves; second, readers - like me - who want to get to know such, real, honest protestants but who will remain unconvinced by the doctrinal points rejecting historical Christianity as it appears in the Catholic, Oriental, and Orthodox churches today, and in particular in the Catholic Church in which the Church of Christ subsists forever.
Read more
Report abuse
See all reviews