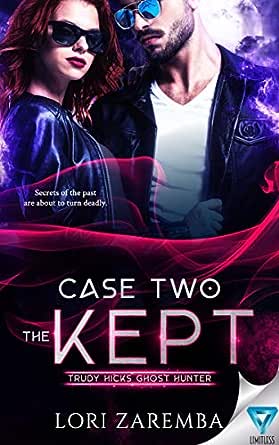 You've subscribed to Trudy Hicks Ghost Hunter! We will preorder your items within 24 hours of when they become available. When new books are released, we'll charge your default payment method for the lowest price available during the pre-order period.
Update your device or payment method, cancel individual pre-orders or your subscription at
Your Memberships & Subscriptions
There was an error. We were unable to process your subscription due to an error. Please refresh and try again. 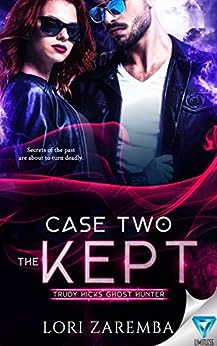 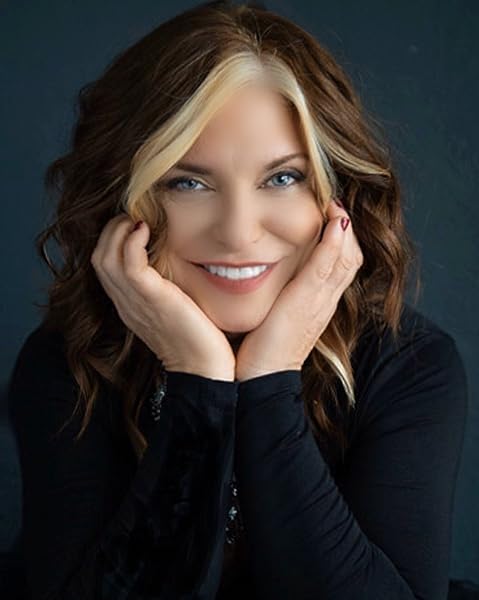 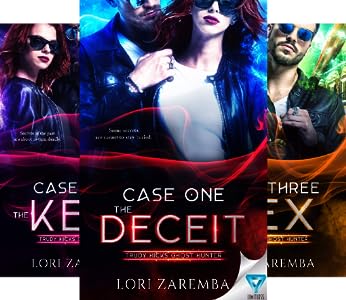 Lori Zaremba has done it again! I cannot get enough of Trudy Hicks and her ghost hunting adventures. This series is shaping up to be be one of my all time favorites.

When I started writing the first book in the Trudy Hicks Ghost Hunter series, my life wasn't what I expected it to be. I was down on my luck; I was beaten down, broke, and starting over. Inspiration struck, and I knew I was going to write not only about ghosts, a subject I'm quite familiar with,  but also include a strong female protagonist.
I wanted, or I should say, I needed a hero and was influenced by some amazing women in my life~I created Trudy Hicks.
I know when you read the title - you might think these books are only about a woman chasing ghosts- but it's deeper than that.
Trudy has been through it and is also starting over.
Now, Trudy is like every woman I know, except, well,  maybe her superb martial art skills.
Her character is protective, wise, and intuitive. Trudy fights the good fight and puts everyone else's needs in front of her own.
She is tough and capable and helps those who can't help themselves.
I want to introduce my hero, Trudy Hicks. She may seem very familiar to you as you get deeper and deeper into her story, it's true. That's because you realize she is a lot like you.

Lorie Hope
5.0 out of 5 stars Intense, Fun, Romantic
Reviewed in the United States on January 15, 2020
Verified Purchase
Whew, what a nail biter! This book has a few really tense moments that keep you breathless, pair that with a heartbreaking paranormal story, interwoven with a deliciously complicated romance and you have a fun, fast read that's hard to pull yourself away from. I would definitely recommend.
Read more
One person found this helpful
Helpful
Comment Report abuse

jo.writer
5.0 out of 5 stars I’m doing cartwheels
Reviewed in the United States on June 30, 2019
Verified Purchase
Or I would be - if I knew how. This is a more than splendid sequel. The characters are lovable yet complex; relationships that I wish I had - be it friend/romantic/work; a ghost story to thrill your senses.
I’m in love with Trudy and her entourage and can’t wait for Case three.
Thank you for bringing this to life Lori!
Read more
One person found this helpful
Helpful
Comment Report abuse

Allison Chontos
5.0 out of 5 stars Great Storytelling Strikes Again!
Reviewed in the United States on August 26, 2019
Verified Purchase
I loved the Case One: The Deceit and I was so excited to read the next book in the Trudy Hicks series, but wondered if it would live up to the first. Good news - I wasn't disappointed at all! Lori Zaremba continued her excellent storytelling abilities in Case Two: The Kept. We meet new characters (some human and some ghost) and they're all so vivid through the incredible details Lori adds to each page. She manages to make me feel like I'm right there alongside Trudy and her team going through the ups and downs of the case. I already can't wait to see what they get themselves into next! :)
Read more
Helpful
Comment Report abuse

Carol-Jo Armstrong
5.0 out of 5 stars Been waiting for #2
Reviewed in the United States on May 30, 2019
Verified Purchase
Started reading as soon as I received and could not put down. Found myself laughing at the interactions of the main characters. AND I love the way Zaremba weaves the paranormal story back and forth . Addicted.
Read more
One person found this helpful
Helpful
Comment Report abuse

Angela Katchen
5.0 out of 5 stars I love this book!!!!
Reviewed in the United States on June 2, 2019
Verified Purchase
This book is amazing!! Once I started reading this book I could not put it down!!! Trudy takes you and a wild ride and u can’t wait for the next book!
Read more
One person found this helpful
Helpful
Comment Report abuse

Carrie Armstrong
5.0 out of 5 stars Yes. Yes. Yes.
Reviewed in the United States on August 25, 2019
Verified Purchase
Wow! Even better than the first. Kept me on my toes. MUST READ! You will not regret buying this series. Can’t wait for the next one!
Read more
Helpful
Comment Report abuse

Jackie Cagle
5.0 out of 5 stars Lovers iy
Reviewed in the United States on July 6, 2019
Verified Purchase
I thought case one was great, but this case and me laugh and cry, can't wait to read the next book
Respectfully
Jackie Cagle
Read more
One person found this helpful
Helpful
Comment Report abuse
See all reviews