You've subscribed to Ainsley McGregor! We will preorder your items within 24 hours of when they become available. When new books are released, we'll charge your default payment method for the lowest price available during the pre-order period.
Update your device or payment method, cancel individual pre-orders or your subscription at
Your Memberships & Subscriptions
There was an error. We were unable to process your subscription due to an error. Please refresh and try again. 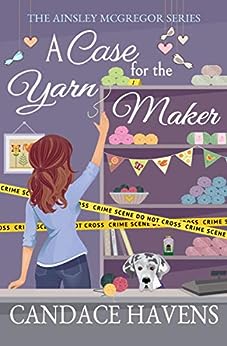 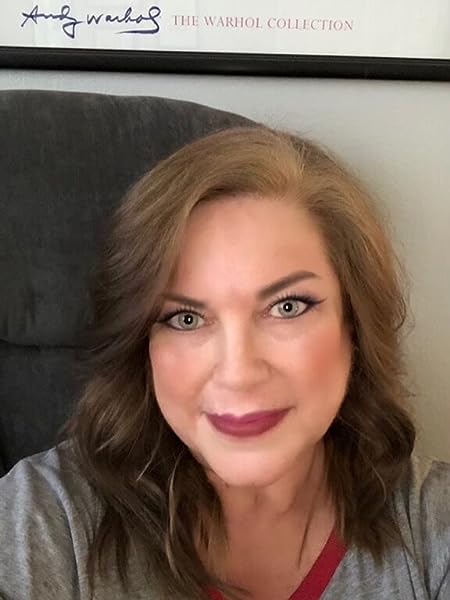 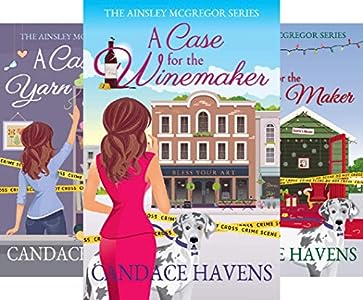 Lizzie Bailey
5.0 out of 5 stars A super fun & entertaining read!
Reviewed in the United States on April 18, 2020
Verified Purchase
Ainsley & her ever adorable pup (read it for the name! It’s so cute!) are back in this fun sequel book. Haven’t we all cringed @ the “celebrity” we meet that ends up being a bit less than...sweet? I think she was one of my faves characters ever written by Candace. I loved the development of the surrounding characters & furthering of “the” romantic relationships we enjoyed in book 1. It’s not often I’m unable to figure out the ending of a cozy, but this one threw me for a loop - yikes! I loved it from start to finish. I pray we’ll get another story soon. Congrats to Candace & Tule Publishing on yet another great story in this mystery series. I am hooked.
Read more
One person found this helpful
Helpful
Report abuse

Magan K Vernon
5.0 out of 5 stars Like a Hallmark Mystery movie!
Reviewed in the United States on April 16, 2020
Verified Purchase
I'm a sucker for a good cozy mystery, especially when it involves dogs and A Case for The Yarnmaker did not disappoint!
It reminded me a lot of the Hallmark Mystery movies that just embrace you like a warm blanket and you can't help smiling while watching (or in this case reading).
The perfect distraction for these crazy times!
Read more
2 people found this helpful
Helpful
Report abuse

LW Kindle Customer
5.0 out of 5 stars I am really enjoying this series
Reviewed in the United States on April 18, 2020
Verified Purchase
This a good read. I started reading it today and couldn't put it down. I like all of characters, and I love George. He is definitely a leading character.
Read more
2 people found this helpful
Helpful
Report abuse

R. Hillyer
5.0 out of 5 stars Awwwwww
Reviewed in the United States on April 24, 2020
Verified Purchase
Great mystery and wonderful characters. Plot moves along. I can't wait for the next installment. BZ! Great job to the author.
Read more
One person found this helpful
Helpful
Report abuse

lynette williams
4.0 out of 5 stars a cosy mystry
Reviewed in the United States on June 7, 2020
Verified Purchase
book 2 in the series --a who-dun-it easy reading
Read more
Helpful
Report abuse

Kindle Customer
5.0 out of 5 stars this book has dogs, love, mystery and enough cozy to make you warm and fuzzy
Reviewed in the United States on April 25, 2020
Verified Purchase
I love this new series. It is helping get through a difficult time
Read more
One person found this helpful
Helpful
Report abuse

Susan L
5.0 out of 5 stars Murder Mystery and the Yarn Goddess
Reviewed in the United States on April 16, 2020
I received this arc from Tule Publishing in exchange for an honest review. This is the second book in the series and I’ve read both. I love a good mystery and this one keeps you guessing. So far this book is my favorite between the two. In book two, Ainsley McGregor has set up a visit by the famous Yarn Goddess to her shop To sign her bestselling book.. YG arrives with her assistant Hilary for the event. Hilary is busy jumping at her every command to make sure all is perfect for her. YG takes a dislike to Ainsley since she hates dogs and Ainsley has her dog George and also because Ainsley has a cold. The plan is for YG to go over to the community center for a yarn demonstration after the book signing and a nap at her B&B. On her way out she is confronted by one of the town residents, Mrs. Whedon, who accuses her of causing rashes and other problems with her yarn.

YG never shows up at the community center and no one can locate her. Mrs. Whedon steps in for her with a demonstration to appease all the people waiting to see YG. Later, Ainsley returns to the shop to take care of cash receipts and closing up and George finds a very dead YG. The next day a new and inexperienced deputy arrests Mrs. Whedon from church, causing quite a stir. Ainsley’s brother Greg is the sheriff and he releases her and reclassifies her as a person of interest.

So many fans of YG arrive in Sweet River to pay their respects to YG and create a memorial to her. While there, they shop and buy out the people’s booths in the store. Ainsley’s booth owners have set up a book for the visitors to sign and pay their respects. At the end of the day, Ainsley is closing up and notices someone has written a threat in the memorial book - You’re next. She texts a picture to her brother who rushes over. It is determined that the book has cyanide poison on it. Greg calls in the EMTs and Forensics to check out the scene and Ainsley herself. A vial of the cyanide is located by Ainsley’s car so the thought is she’s Now being targeted.

As in the first book, Ainsley, the townspeople and a couple of her students start discussing the clues. YG had a son and daughter and her best friend who worked with her. Each starts to look guilty. Greg has his best friend Jake stay with Ainsley to protect her.

This was a lot of fun to try and guess who was the killer. The book was well written and enjoyable to read. It was good to see the same core of characters again. I enjoyed seeing Jake and Ansley start talking about how they like each other. I give it 5 stars.
Read more
One person found this helpful
Helpful
Report abuse

Sapphyria
VINE VOICE
5.0 out of 5 stars Book 2 is Wonderful
Reviewed in the United States on May 5, 2020
A Case for the Yarn Maker is the second book in the Ainsley McGregor series by Candace Havens. Ainsley finds herself opening up Bless Your Art to a very famous knitting and yarn expert, Yarn Goddess. Hoping to bring more customers to the shop and widen her exposure, Ainsley wonders if bringing in Yarn Goddess was a good idea. A diva to the highest degree, everything has to be perfect and exactly so for Yarn Goddess. When she comes up against Mrs. Whedon after her book signing, but just before the demonstrations at the Community Center, Ainsley braces for an explosion of epic proportions. What she doesn't expect is for George Clooney to find Yarn Goddess dead inside Bless Your Art after she's a no-show at the Community Center.

Mrs. Whedon is implicated in the death of Yarn Goddess. Having been involved in a public confrontation with the deceased swayed the police in that direction. Ainsley knows Mrs. Whedon is innocent and something more sinister is afoot. In order to protect and exonerate Mrs. Whedon, Ainsley starts asking around and delving into the Yarn Goddess's family and empire. It would seem those closest to Yarn Goddess have the highest amounts of motive and opportunity. Now, Ainsley just has to convince her brother and stay a couple steps ahead of the murderer.

The mystery was set up and executed well. I enjoyed trying to figure out who did it an why. I will admit that I had a good idea who the murderer was in A Case for the Yarn Maker. Thinking I knew who did it, and ultimately being correct, did not detract from this mystery in any way. In fact, it amplified the suspense and nail-biting action of certain scenes, decisions, and the ultimate showdown.

Ainsley is a wonderful character with business know-how and impeccable customer service skills. Her brother, Greg, is the local sheriff, and he tries to keep her from interfering with the case but with his sights only set on Ainsley's friend, she knows she can't sit on the sidelines. Jake is a firefighter, friend of Greg's, and Ainsley's closest neighbor. Together, the three of them along with Ainsley's friends, make up a great cast of characters.

This books was an enjoyable, fast read that keep me engaged. I loved the setting: an artisan market, the characters were wonderful, realistic, and relatable. The world building allowed me to visualize the scenes and I felt like I was there with the characters as they lead their normal, everyday lives. I love the little hints of romance threaded through the book. There were a few hints in book 1 but the volume increased in book 2. I like the direction the author is taking Ainsley, as a business owner, small-town citizen, and in her love life. I couldn't put the book down.

I was provided a copy of this book to review. All thoughts and opinions of this book are my own.
Read more
Helpful
Report abuse
See all reviews

Angelina Craftipants
5.0 out of 5 stars Excellent!!
Reviewed in Canada on May 15, 2021
Verified Purchase
A sweet story with characters that keep you engaged right up to the end. Perfect Sunday afternoon read with a cup of tea 😊
Read more
Report abuse
See all reviews