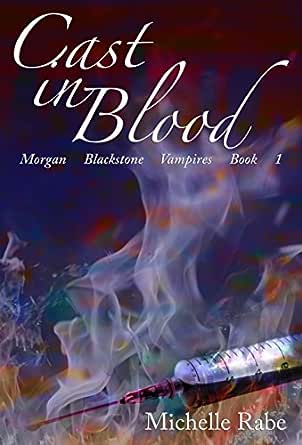 You've subscribed to Morgan Blackstone Vampires! We will preorder your items within 24 hours of when they become available. When new books are released, we'll charge your default payment method for the lowest price available during the pre-order period.
Update your device or payment method, cancel individual pre-orders or your subscription at
Your Memberships & Subscriptions
There was an error. We were unable to process your subscription due to an error. Please refresh and try again. 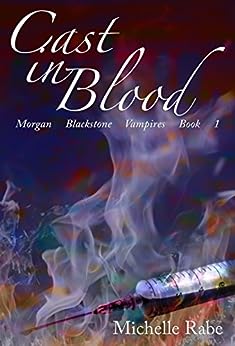 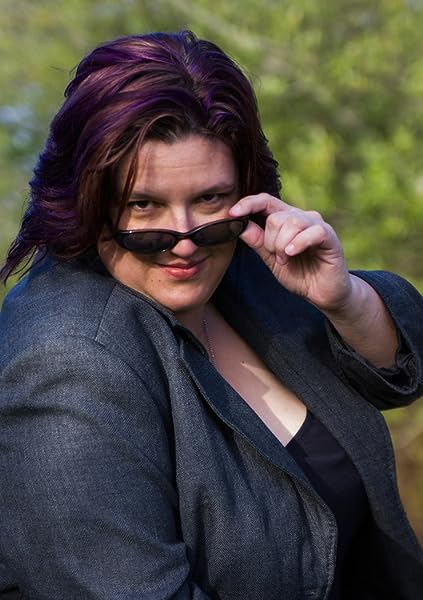 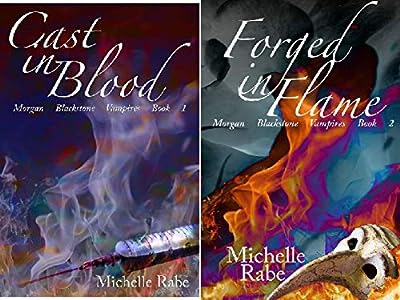 A lifelong California girl, Michelle Rabe tried the Hollywood thing but decided she preferred an author’s den to the actor’s trailer. She now lives in the Santa Cruz Mountains with her unhelpful author cat. If you can’t find her in a cemetery with her camera you can find her online at: www.michellerabe.com --This text refers to the paperback edition.

4.2 out of 5 stars
4.2 out of 5
35 global ratings
How are ratings calculated?
To calculate the overall star rating and percentage breakdown by star, we don’t use a simple average. Instead, our system considers things like how recent a review is and if the reviewer bought the item on Amazon. It also analyzes reviews to verify trustworthiness.
Top reviews

Shy Unique
2.0 out of 5 stars 2.5 Stars
Reviewed in the United States on January 7, 2016
Verified Purchase
I haven't read a vampire book in a long time... This book is the only vampire book I've read in 2015. I've shied away from the genre because I got bored with all the plot and I felt as though the genre itself have nothing more to offer. Then I saw a teaser for the second book of this series that got me really curious and wanting to read it. And of course, series should be started with the first book.

Looking at originality and uniqueness I'd say this book is a winner in that aspect. It's certainly have something different from all the vampire novels I have read before. It's also not just about a romance between a vampire and a mortal. It involved a lot of other things and other beings.

Sadly though, that lot of other things was what made it hard for me to get engaged into the story. All vampire novels though most run a certain plot like a formula have a unique background of where they based their kind of vampire. This book had that too (maybe). The problem was that, I was expecting that history or 'vampire ancestry'to be portrayed if not as an introduction at least little by little until you get the whole idea before you read the end. It didn't have that. I felt so lost as to what they are aside from being well, a vampire. It was as if there was suppose to be a prequel that somebody has forgot to mention to me about. Even after reading the first book, I don't have an idea what Dynasties and Nomads where. Well, of course I have a general idea but I'm not how they exactly mean in this certain vampire story. There are also other terms with regards to the hierarchy of authority mentioned that I wished was elaborated a little more.

Aside from that, I felt that the story was a bit slow. I don't get why the heroine kept dodging telling the people that matter to her what exactly happened to her. I was more than half the book yet I didn't feel like the story moved forward that much. It wasn't until I was at 70% of the book that I felt progress and that alas! the story is going somewhere.

In all fairness, that 30% of the book was quite exciting and eventful it gave me hope at what book 2 might bring even though at this point I'm still undecided if I want to find out. But I have the book already so I might give it another chance.

Character wise: I liked how the characters were portrayed even though I didn't like how they acted and reacted. I don't know if that makes sense. Morgan for example, she's very independent and even though she's romantically involved with another vampire, her life does not necessary revolve around that other vampire. Nicholas sounds mysterious, and if there's something that would make me want to read book 2 it's probably to find out more about his character and his being the Lead Enforcer. The other characters Marcus, Christophe and.. Charles? Sorry I forgot the exact name but there's a nice camaraderie between all of them that was quiet fun to watch.

If you're a fan of vampire novels and is familiar with all the possible type of the lot that there is, and looking for something different, this maybe for you.
Read more
2 people found this helpful
Helpful
Report abuse

Kindle Customer
5.0 out of 5 stars A vampire series that will suck you dry and leaving you wanting more.
Reviewed in the United States on June 24, 2018
Verified Purchase
I thoroughly enjoyed this story and it promises to be an interesting series indeed. The story revolves around a female vampire named Morgan Blackstone, the owner of a church converted into a nightclub, gets kidnapped, drugged and has eight weeks of excruciating pain and torture done to her body in the form of an experiment. I don't want to say much more because of spoilers but I will say that this story has plenty of suspense and drama that will keep you turning the pages just to see what happens next, as well as a few twists. If you love vampire stories and a strong female protagonist, then you will thoroughly enjoy this one. I highly recommend this one!
Read more
Helpful
Report abuse

Vampchick
5.0 out of 5 stars Can't wait to see what's next!
Reviewed in the United States on March 1, 2014
Verified Purchase
Morgan Blackstone is an old vampire who suddenly finds herself in a world of trouble. One of the lines that stuck with me the most is a great surmise of the story- "Morgan rules with an iron fist in a velvet glove." She is a tough individual who can't be kept down.

Right off the bat we're sent into a slowly unraveling mystery with plenty of action and drama in between. I was intrigued by the story line immediately, I had no clue what to expect next until the very end. What I really loved was her unique and fun twist on vampires. It was a mix of different lore with her own spin to it; not something you see everyday and yet not too extremely different from modern tales.
The character's personalities popped from the pages, letting me in to either love them or hate them. With the well drawn out detail, engaging dialog, and smooth transitioning from chapter to chapter, I not only enjoyed the story but I felt as if I were living it!
I will be eagerly looking out for more work from this author, and I highly recommend Cast in Blood to all paranormal fans!
Read more
2 people found this helpful
Helpful
Report abuse

Dennis Miller
5.0 out of 5 stars Cast In Blood- Great First Book by a New Author
Reviewed in the United States on April 23, 2014
Verified Purchase
Cast In Blood Review
Dennis Miller
When I was editor and host of Smoke and Mirrors, a great many stories came across my virtual desk, written by new writers hoping to hear their work presented on our parsec nominated podcast.
When I read Final Farewell, Michelle Rabe’s first submission, I knew immediately that I was in the presence of a real talent; it was, in short, the most original “take” on a vampire story I’d ever read.
After reading Cast in Blood, her first novel, that same sense of nuance, of her own vision, and originality comes through once again.
All the time and effort she expended “giving birth” to her vision shows- and shows from the rousing first pages.
The plot is exciting, and original; the characters compelling. This is a fine freshman effort and I truly look forward to her next work. She is a talent to watch in the coming years.
Kudos, Michelle!
Read more
2 people found this helpful
Helpful
Report abuse

Emily F. Rose
5.0 out of 5 stars Couldn't put it down!
Reviewed in the United States on August 6, 2014
Verified Purchase
I must say that I absolutely loved this book! Cast in Blood is the fantastic first book in the Morgan Blackstone series. Its filled with mystery, suspence, and a plot that gets more twisted and gripping as it goes! In this book you follow Morgan, along with her dangerously sexy husband and intriguing group of friends, as they embark on a page turning journey to learn the truth - a truth that could unravel everything they knew, or thought they knew, about those around them. Even about themselves! Cast in Blood is not only a great start to a new series but a fresh idea amongst an ever growing genre! I was literally hooked from the very beginning and highly recommend this book! Michelle Rabe is a magnificent author - one I look forward to reading more from soon!
Read more
One person found this helpful
Helpful
Report abuse
See all reviews