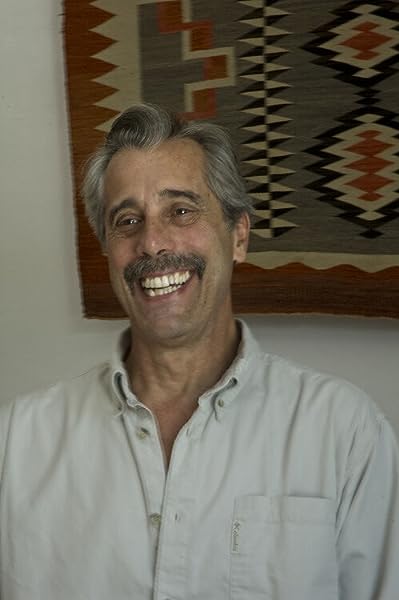 by Gerald Hausman (Author)
5.0 out of 5 stars 1 rating
See all formats and editions
Sorry, there was a problem loading this page. Try again.

From being lost in the Florida Everglades to being stranded on an island comprised solely of sand, an action-packed collection follows six courageous and extraordinary castaways who braved brutal weather, raging seas, hunger, thirst, wild animals, and their own inner turmoil in order to survive.
Read more
Previous page
Next page

Grade 5-9-These six stories were inspired by tales of real people who survived shipwrecks. In 1540, Peter Serrano, a Spanish traveler, was marooned on a barren island near Peru and survived by eating sea turtles and using their shells for shade and shelter. In the 1940s, 15-year-old Henri Roi's swimming prowess made him a legend. In the water with shipmates after their boat capsizes, Henri says, "We gonna make it.- I not gonna let you drown. I got the Great Maker in my heart and King Neptune in my bones; I can swim forever. This sea, this angry sea, is nothing to me." The teen's story is told in colorful language and with the dramatic flair of a storyteller. Ghosts and mythical creatures appear throughout the stories, especially in "The Beasts of Philip Ashton," in which the castaway succumbs to madness trying to ward off the night beasts and day beasts. A story about Logan Welsh and a ghostly encounter with the Pinta is loosely based on the real adventures of Joshua Slocum. While some stories are stronger than others, this collection would make a good read-aloud for middle grades.
Vicki Reutter, Cazenovia High School, NY
Copyright 2003 Reed Business Information, Inc.

Gr. 5-8. A moderately engaging group of six tales, each based, however tenuously, on historical or first-person accounts, with clear endnotes about what was taken from sources and what the author invented. The stories have a curiously flat tone, but drinking turtle's blood ("The Turtle Island of Peter Serrano"), being saved by ghosts ("The Modern Mariner and the Pilot of the Pinta"), and living as the sole survivor of a shipwreck ("The Widow Carey's Chickens") do have their appeal, especially for readers steeped in Survivor lore and pirate films. Where these stories really come to pulsing life is in descriptions of endurance swimming at sea: Hausman is himself a long-distance swimmer, and the vividness of those passages is riveting. GraceAnne DeCandido
Copyright © American Library Association. All rights reserved

Gerald Hausman is the author of more than fifty books for children and adults, many of which deal with the theme of survival. These include Wilderness, which he co-wrote with Roger Zelazny, and Tom Cringle: Battle on the High Seas, of which Kirkus's starred review said, "This grand mix of pulse-pounding action#133;and colorful characters fits firmly in the tradition of Treasure Island." His book Duppy Talk: West Indian Tales of Mystery and Magic received an Aesop Accolade and was used as the basis for a Haunted History program on the History Channel in August 2001. Doctor Moledinky's Castle received starred reviews in School Library Journal and Kirkus and was selected for SLJ's list of "Sleepers -- 100 Books Too Good to Miss." Gerald and his co-author wife, Loretta, live on a gulf island in Florida with two dogs, two cats, and a parrot.
Read more
Tell the Publisher!
I'd like to read this book on Kindle

Gerald Hausman is the author of more than 70 books. His live storytelling has been praised by the Kennedy Center for the Performing Arts, History Channel, and the Bank Street College of Education. He and his wife have received numerous awards in the field of children's literature.

"As a writer I have often been called a scribe. This is because in the gathering of oral tales, I have always tried to get the story right. To capture the flavor, the region and the moral as the original storyteller gave it to me. The NYT Book Review called my collection of American Indian stories, Tunkashila 'an eloquent tribute to the first great storytellers of America.'"

In addition to his 22 years of story gathering and telling in New Mexico, Gerald also spent 13 summers on the island of Jamaica where he ran an informal writing school with his wife, Lorry. Together they collected Anansi stories, stories from and about the Kebra Nagast, and traditional West Indian ghost stories.

"I remember when History Channel filmed tales from my book "Duppy Talk". My best friend Roy was not an actor, but because of his handsome face he was cast as the man who was enchanted by a mermaid. When I saw him on film, I asked Roy how he was able to do the underwater scene and keep that look of astonishment when he saw the made-up mermaid smiling on the river bank. He told me, 'That look on my face comes from the fact I can't swim. I was very scared.'"

Gerald teaches writing workshops in various parts of the United States and is most recently the author of "The American Storybag" -- 40 years of story gathering on and off the road. He lives on a barrier island in Florida.