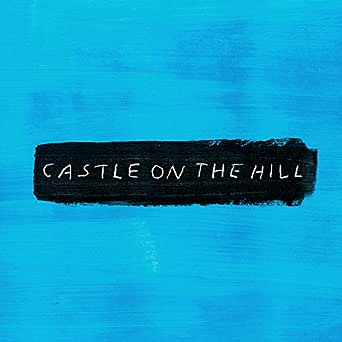 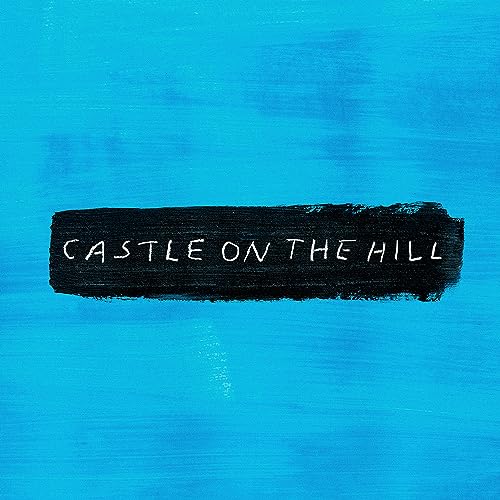 Castle on the Hill

Ed Sheeran
From the Album Castle on the Hill
4.9 out of 5 stars 191 ratings

4.9 out of 5 stars
4.9 out of 5
191 global ratings
How are ratings calculated?
To calculate the overall star rating and percentage breakdown by star, we don’t use a simple average. Instead, our system considers things like how recent a review is and if the reviewer bought the item on Amazon. It also analyzes reviews to verify trustworthiness.
Top reviews

Casey May
4.0 out of 5 stars Not bad
Reviewed in the United States on January 30, 2017
Verified Purchase
This track is more alternative rock than pop, IMO, which works for Ed, since his sound is comprised of a little bit of everything really. Out of the two singles Ed released, I would say I enjoy "Shape of You" better, though they are both of an entirely different sound. For those complaining that he released two songs that were more superficial than most of his prior stuff, I think he probably did that to attract a wider crowd (being off the grid for a year can really mess with your placement on the pop charts). I have a feeling his heavier stuff is saved for the album. In particular, I'm excited for "Supermarket Flowers."
Read more
One person found this helpful
Helpful
Comment Report abuse

J. RASBACH
5.0 out of 5 stars Could there ever be a better song for "driving at 90 down old country lanes"???
Reviewed in the United States on September 16, 2017
Verified Purchase
This is the PERFECT tune to listen to when driving with the top (or, in my case, windows) down. It was the de facto "soundtrack of my summer" for 2017. I hewed to a much straighter course in my teenage years than Sheeran relates in "Castle," but this winsome song effortlessly elicits feelings of nostalgia for simpler times in days gone by...and even for unavoidable youthful mistakes. Without hesitation, I give this pop-rock track an exuberant five stars!
Read more
Helpful
Comment Report abuse

Lester
4.0 out of 5 stars American folk by a Brit
Reviewed in the United States on May 3, 2017
Verified Purchase
I must say I don't like much from this artist but I very much enjoy this song. It impresses me that an Englishman does American folk so well! I still can't get into much of his R&B however.
Read more
One person found this helpful
Helpful
Comment Report abuse

Chanpipil
4.0 out of 5 stars He can SING!
Reviewed in the United States on October 12, 2017
Verified Purchase
I am not a huge ed sheeran fan, but I do like a couple of his songs. This is song is one of my favorites. It has that old U2 sound and makes you just bob your head while in the car. I like how he hits the high notes in part of the chorus. This white boy can really sing!
Read more
Helpful
Comment Report abuse

Anna Lee
4.0 out of 5 stars I just enjoyed the track I found it relaxing to listern t
Reviewed in the United States on June 11, 2017
Verified Purchase
What I love about Ed Shereen is his ability to tell a story in each of his songs and for me, that is a skill that separates weak songwriters from the great songwriters.
Read more
3 people found this helpful
Helpful
Comment Report abuse

CandiCrush
5.0 out of 5 stars good song
Reviewed in the United States on October 10, 2020
Verified Purchase
I listen to this whenever it comes on
Read more
Helpful
Comment Report abuse

Zayne Kilmer
5.0 out of 5 stars I Can't Wait To Go Home
Reviewed in the United States on January 31, 2017
Verified Purchase
Ed Sheeran back at it again with an awesome single. I listen to this song almost every day, especially on my way home from work... seems kinda corny but after a hard days work this song.. seems to energize me as I walk home, it also makes me think about the family and friends I sort of left behind and don't talk to anymore... want to reconnect with them
Read more
One person found this helpful
Helpful
Comment Report abuse
See all reviews