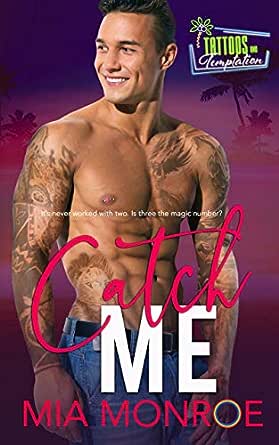 You've subscribed to Tattoos and Temptation! We will preorder your items within 24 hours of when they become available. When new books are released, we'll charge your default payment method for the lowest price available during the pre-order period.
Update your device or payment method, cancel individual pre-orders or your subscription at
Your Memberships & Subscriptions
There was an error. We were unable to process your subscription due to an error. Please refresh and try again. 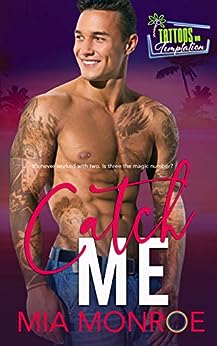 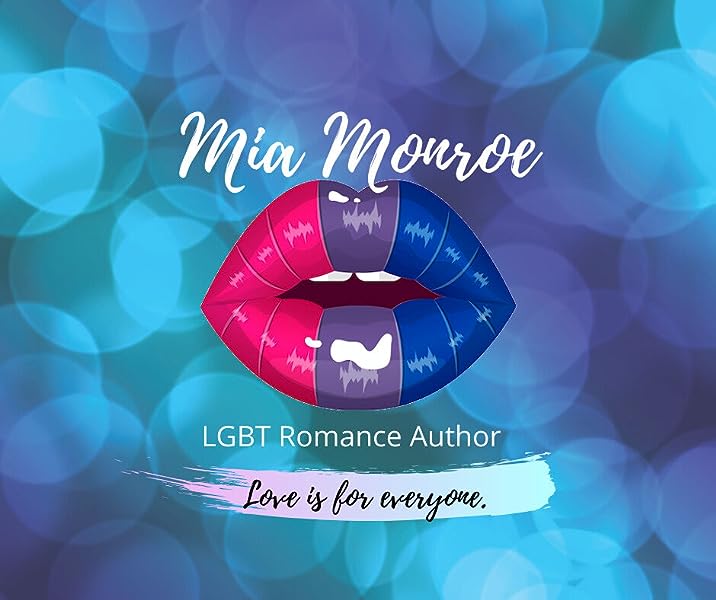 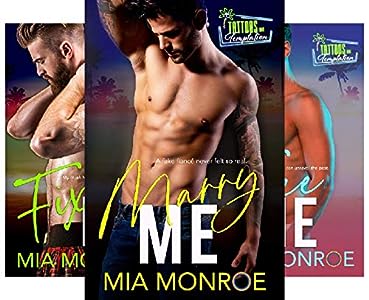 4.5 out of 5 stars
4.5 out of 5
149 global ratings
How are ratings calculated?
To calculate the overall star rating and percentage breakdown by star, we don’t use a simple average. Instead, our system considers things like how recent a review is and if the reviewer bought the item on Amazon. It also analyzes reviews to verify trustworthiness.
Top reviews

Linda Reads
VINE VOICE
5.0 out of 5 stars Can they be a triad? One man is brave. One man is terrified. One man is willing but…
Reviewed in the United States on October 23, 2020
Verified Purchase
I love these three guys. Ms. Monroe can write some of the best characters! This series takes place in a certain section of Miami where a bakery is near a tattoo parlor. We get to watch all the hanky-panky that goes on between stores 😜 Delightful!
Cairo Alejandro Diaz has lusted after Genesis “Gen” Ortega for a long time. They went from enemies to competitors at the bakery to friends but Cai knows they could be more if Gen would just let them. Being a twink, Gen has been hurt too many times for that and keeps his distance from feelings. Anonymous encounters are all he will accept. Then comes tattoo artist Luca Taylor, a buff, sweet-talking Georgian barreling into their midst. He will not go unnoticed! The dynamics of this relationship will be tricky. Can they pull it off? Are they all in it for love? They all three share a night. Will this change anything? When Luca must leave his apartment, Cairo invites him to stay in his huge inherited 10,000 square foot home where Cai has felt lonely. Will this be the beginning of what Luca has in mind? Can they convince Genesis?
I liked that we got to catch up with other M/M couples from previous books and possibly meet up with new future liaisons. This is a passionate book with some explicit scenes between two and three men. Well-written, fast-paced and the “scenes” are thoughtfully done, albeit steamy. 😊
I volunteered to review an ARC of this book through Gay Romance Reviews and I give it 5 sensitive stars.
Read more
Helpful
Comment Report abuse

Amanda D.
5.0 out of 5 stars Roller coaster of emotions....
Reviewed in the United States on October 16, 2020
Verified Purchase
I’ve been on this roller coaster of emotions since the first time I opened a book in the Tattoos and Temptations series. There’s been times I’ve laughed, times I’ve cried, and times I’ve been ticked off that these men could even think to act like they do. But from day one, the one constant is my absolute love for this author and the way she creates her characters and storylines. They are so heartbreaking and real. These are men you feel with. You celebrate the good times and grab a box or two of tissues for the sad times. Being the 4th book in the series, I highly recommend you read them ALL. Just do it. Trust me it’s so worth it. But if you cannot, this book can be read as a standalone and you will still get just as many feels. There just won’t be the depth that comes with following the series. Either way, read it. Like bad boys? Read it. Like MMM relationships? Read it. Enjoy reading about the sexy times men can get up to? Then definitely read it. This review is an honest and unbiased reflection of my thoughts after reading an advanced readers copy of the book. However, I am so in love with this series that I purchased a copy for my personal library.
Read more
Helpful
Comment Report abuse

Sarah O'Donnell
5.0 out of 5 stars So much fire!!
Reviewed in the United States on October 16, 2020
Verified Purchase
I absolutely adore this series and the world and characters Mia Monroe has created. The development of a friendship that turned into a poly triad relationship with so beautiful, so much feeling, and so steamy. Cairo and Genesis were two of my favorite characters from the beginning, and adding in Luca was just perfect. I love getting to see all the supporting characters and previous main characters from the other books again too, following up with their lives. I can't wait to see where this series goes next.

Mariansen
5.0 out of 5 stars These guys ❤️
Reviewed in the United States on October 17, 2020
Verified Purchase
This book was everything I expected it to be. We’ve been following these guys a long time and finally we got their story. They are sexy, sweet, loving and fits perfectly together. The author writes amazingly well and the fact that she really cares about her characters shows. I’m ready for the next book.
Read more
Helpful
Comment Report abuse

Jacqueleen 🖤
4.0 out of 5 stars Cairo, Gen, and Luca
Reviewed in the United States on October 16, 2020
I won't lie. I was rooting for Gen and Cairo to end up together for awhile. I didn't plan on Luca in the mix, and frankly neither did they. But the author made you see why these two needed Luca to step up and insert himself into their bond. Why? They never would have done it by themselves.

Cairo and Gen are both in denial about their obvious love for each other. They are also both bottoms, and although many relationships between bottoms have worked, these two thrived under Luca together. It gave them the excuse to get out of their own way and Luca gave them a safe place to fall. It took Gen much longer than Cairo to see the potential of the three of them, but he got there in the end.

I enjoyed watching the dynamics between the MCs together and when they were out separately. I especially loved when we finally got just a Cairo and Gen romantic scene. Their bond had always been so strong, it would only make sense that they would excel together as well. Communication is key for any relationship, but triads especially. Luca seemed to be the king of communication and he pushed his men to be vocal about their needs and wants. He certainly had his hands full with those two and I don't think any of them would have it any other way.
Read more
One person found this helpful
Helpful
Comment Report abuse
See all reviews

Kate Sweet
5.0 out of 5 stars Everything I wanted for this story and MORE!
Reviewed in Canada on October 16, 2020
Verified Purchase
OK, so, you're in love with your best friend. You don't really know it yourself, and they definitely don't know it but you're on the I'm-sort-of-attracted-to-you train and you just think it's never going to stop at the station but you love your friendship so you hold on for dear life.

But he's fire and you totally want him too, you just wish he wasn't flirting with your friend.

What does that sound like to you? Sounds like a recipe for a polyamorous masterpiece to me!

Now that I've poorly summed up Cairo, Genesis and Luca's story, I encourage you to pick up Catch Me and indulge in this beautiful polyamorous romp. I love characters that make me want to wrap them up in blankets and protect them - and let me tell you, I wanted to wrap all of these boys up at one point during this story! Catch Me is an MMM romance, and while it can be read as a standalone, it's best appreciated when read after Marry Me, Fix Me and Free Me because you'll appreciate all the hints and nuances of their relationship leading into their romance when you see it through the eyes of the men of Black Heart and Dulce Santo. The will they, won't they has been happening since day one and this story was the reward that I was waiting for and sooooo much more!

One-click this baby today, I promise you that you won't regret it!
Read more
Report abuse

Casey Leigh
5.0 out of 5 stars An engaging love story
Reviewed in Australia on October 16, 2020
Verified Purchase
Catch Me is an exciting foray further into various lifestyles and relationships, set in the sunny and fun filled Miami area. Connection to anyone is a precious thing, more so in any relationship scenario. An individual’s history makes them who they are, yet doesn’t dictate where they are headed - that is a choice made in the moment. Trust and communication are integral in any and relationships.
Read more
Report abuse
See all reviews