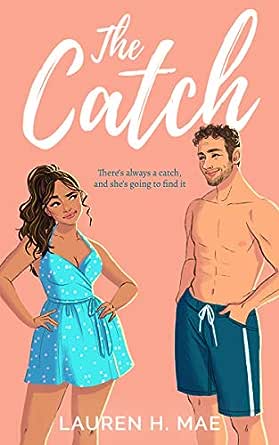 You've subscribed to Summer Nights Series! We will preorder your items within 24 hours of when they become available. When new books are released, we'll charge your default payment method for the lowest price available during the pre-order period.
Update your device or payment method, cancel individual pre-orders or your subscription at
Your Memberships & Subscriptions
There was an error. We were unable to process your subscription due to an error. Please refresh and try again. 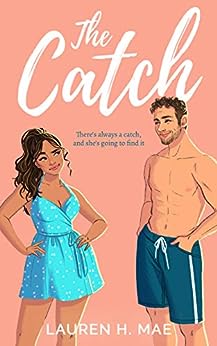 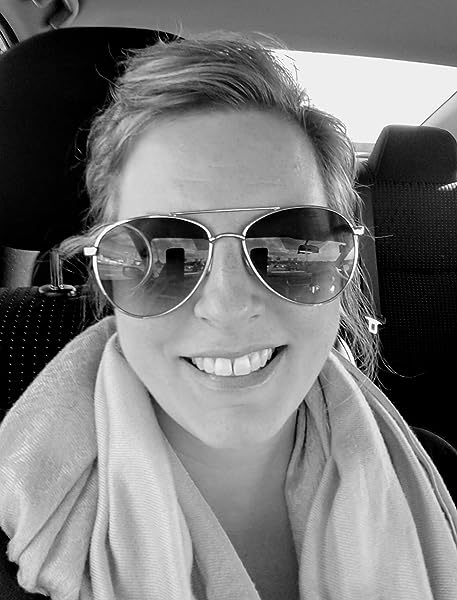 Your guide to mental fitness.
Kevin Hart breaks it all down. Listen free with trial
click to open popover
Books In This Series (2 Books)
Complete Series 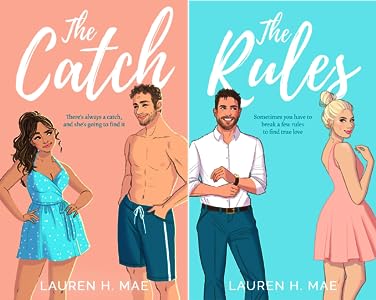 Lauren H. Mae is a romance author who loves a hard-earned happy ever after. She loves to break her characters' hearts, then put them back together bigger and happier than they were before.

Her books are full of strong friendships, hard life lessons, and love that endures the biggest ups and downs. The Catch is her debut novel and is the first book of the Summer Nights Series.

Lauren lives in New England with her husband and two sons. She survives the cold by binging romance in either book or movie format, and she owes almost all of her writing success to her slight addiction to Red Bull.

4.9 out of 5 stars
4.9 out of 5
32 customer ratings
How does Amazon calculate star ratings?
Amazon calculates a product’s star ratings based on a machine learned model instead of a raw data average. The model takes into account factors including the age of a rating, whether the ratings are from verified purchasers, and factors that establish reviewer trustworthiness.

Sophia
5.0 out of 5 stars You definitely won't regret reading this one!
Reviewed in the United States on January 19, 2020
Verified Purchase
I received an ARC copy of this book in exchange for my honest review...

Diving into this book felt like a Friday night when you just couldn't wait to see how your weekend was gonna turn out, but at the same time didn't want it to end. Cat and Josh are my kind of people; a little wounded, but brave enough to see what they brought out of each other. What I enjoyed most besides the obvious 'bet trope' was the band of friends in the supporting characters lineup. Often times they felt more like family than friends and it certainly gave this book more bang for its buck because they all felt like people you know, people who, well, could be you.
L.H has the ability to immerse you in scene with her nuance. Her description of the world she's built places you right in it and grips you at your very core.
I identified with Catia so much. She reminded me of myself to a point, afraid to make choices, even good ones because her past had left such an indelible fear in what was real and what wasn't. In short she didn't want to look like a fool for love again. Over time Josh was able to prove himself time and time again that he was the real deal, and even Cat couldn't deny him.
Two scenes stood out for me, besides the gripping opening club scene, Josh’s memory of him and his grandpa sitting in the tiny rowboat on the lake when he was younger, not asking him how he was doing but most ardently teaching him how to fish. I just wanted to hug Josh to my bosom, that scene did me in. Thanks L.H for taking all my emotions in this book. I could so vividly picture young Josh with his glorious curly hair swiping sporadic at his tears while grandpa showed him the best way to hook a fish. *tears*
He deserved all the happiness, and he knew beyond the shadow of a doubt he found that in Cat. While we're on the Josh topic can we just swoon over his sexy accent and the way he pronounced Catia’s name ...yeah ...I heard it. I told you this Josh is swoon worthy. The other scene is a little towards the end of the book, II guess it's the grand gesture of sorts when Cat brings her Delonghi and a duffle bag as big as she is standing on Josh’s doorstep practically saying, “I pick you. I love you. I choose you.” She didn't really say any of that, but the gesture certainly packed a punch and allowed Josh to feel more than worthy of her finally, finally giving up her fears and believing in the once-in-a-lifetime love they found.
This was such a sweet read. Totally realistic. I appreciated that there were no horrible breakdowns of communication that could've been easily fixed with a few words between the MC's and every fear and deliberation on both MC's parts felt realistic and valid. The resolution was a worthy pay off for the heart breaking parts of this story. . Like I said upthread, this book felt real and I can easily see it being a movie! Well done!
Read more
Helpful
Comment Report abuse

K. Clay
5.0 out of 5 stars If I were you, I'd be reading The Catch instead of this review
Reviewed in the United States on January 17, 2020
Verified Purchase
The Catch is a romcom in book form, with all of the beats that make the genre so endearing. In fact, this story is so vividly told that I could also probably swear to you that this was also made into a major motion picture and I definitely saw it in theaters on opening day -- that's how engrossing this delightful first entry into the Summer Nights series is. I very much like the fact that Cat and Josh are people with life experience -- not perfect, realistic baggage. But they are also who we all have the potential to be -- brave and open and willing to risk all those hurt feelings for the best thing being a person has to offer: love. OK, so maybe I haven't seen The Catch, now a major motion picture, on opening day. Yet. But I'd be willing to bet it'll make it there.

SuperBass
5.0 out of 5 stars Simply wonderful!
Reviewed in the United States on January 18, 2020
Verified Purchase
This story was so sweet, well paced and the characters seemed to be reasonably well=adjusted adults. I got the sense that that the author really worked to ground these people in real emotion and behavior. I loved Cat and Josh's love story it was both fantastical and romantic but written in a way where you believe its really happened. I love when I can I read fiction and it makes me think about myself and how I respond to things (like a self-help book would lol). Great book! It was the first one I ever pre-ordered and it was so worth the wait! Can't wait for the next one!
Read more
Helpful
Comment Report abuse

Laurie N Harris
5.0 out of 5 stars A Definite Must Read in the Romance Genre!
Reviewed in the United States on March 10, 2020
Verified Purchase
Lauren H. Mae has made a splash into the romance department with her debut book! Her writing style brings depth to her characters and their relationships, making them beautifully flawed, loveable, and authentic. This book is the perfect mix of friendship and romance with plenty of sass and sexiness mixed in! LH Mae promises this to be a series with a second book to be released in the near future, and I for one can not wait to see what book #2 brings!
Read more
Helpful
Comment Report abuse

M'Lissa
5.0 out of 5 stars MUST READ!!!!!
Reviewed in the United States on April 23, 2020
Verified Purchase
This book is a must read! I was expecting it to last me through quarantine, but I couldn’t put it down! The character development and storyline are both so realatable. I laughed, I cried, I became a part of this journey with the characters. I can pinpoint exactly which of my friends Catia resembles! I cannot wait for the next book in this series, I will definitely be the first to order!
Read more
Helpful
Comment Report abuse

Jen Morris
5.0 out of 5 stars Gorgeous love story with a hero that made me swoon!
Reviewed in the United States on April 8, 2020
Verified Purchase
A summer romance that blossoms into something more. A reluctant heroine. A dreamy hero—who is officially my new fave book boyfriend. I loved watching this couple grow and figure their stuff out. Beautiful writing, awesome setting, great supporting characters and friendships (can’t wait for their stories later!). If you haven’t read this one yet, you’re missing out!
Read more
Helpful
Comment Report abuse

Haleya
5.0 out of 5 stars Couldn't put it down!
Reviewed in the United States on March 10, 2020
Verified Purchase
Oh Cat and Josh.....the IT couple. I could not put this book down. The Catch is everything you want in a book of this type. It's full of wit, love and a little bit of sexy. I cannot wait for her next book!
Read more
Helpful
Comment Report abuse

Amazon Customer
5.0 out of 5 stars Perfect feel good read!
Reviewed in the United States on May 3, 2020
Verified Purchase
Such a great read! I was reeled in from the beginning and felt this couples up and downs all the way to my toes!!!!
Read more
Helpful
Comment Report abuse
See all reviews from the United States

Deko Aden
5.0 out of 5 stars Wow!
Reviewed in the United Kingdom on January 15, 2020
Verified Purchase
Perfect read! Poignant, beautiful and joyful! I enjoyed every moment of this book! It’s been so long since a read a book in day or wept and laughed so much!!
Read more
Helpful
Sending feedback...
Thank you for your feedback.
Sorry, we failed to record your vote. Please try again
Report abuse