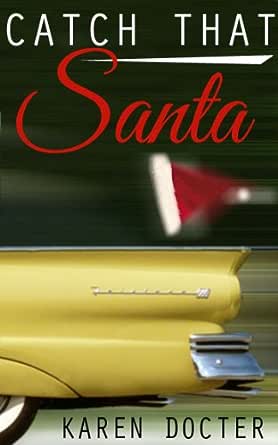 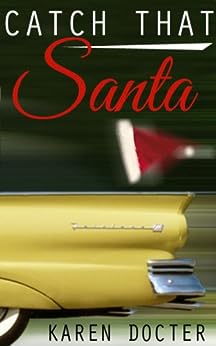 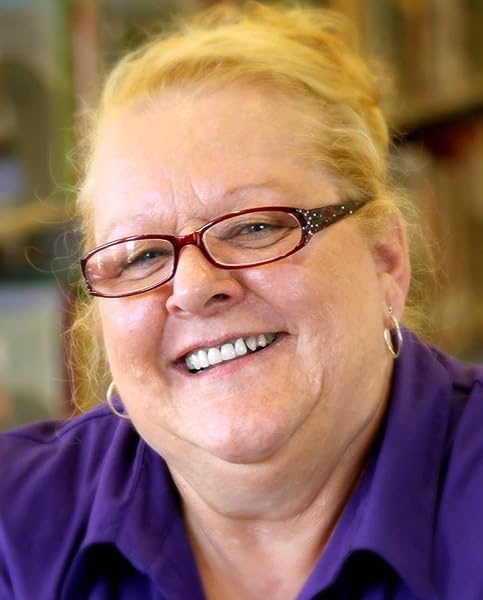 Karen's contemporaries are delightful, spicy romances. She loves writing aboutreal men and women with dreams and goals that don't allow for a relationshipjust so she can throw them in each others path.

Her romantic suspense novels (as K.L. Docter) are also filled with romance,although the dangers the hero and heroine face are intense, usually because aserial killer is bent on ending one or both of their lives before they can fallin love.

When she's not saving her characters from death and destruction or helping themto fall in love, she loves camping and fishing with her family, reading,gardening & cooking. If she can do most of those things over a campfire,all the better! Website/Blog: karendocter.com

SATIN PLEASURES
CATCH THAT SANTA
COP ON HER DOORSTEP, True Love In Uniform Series, Book One

Stephanie Ayers
4.0 out of 5 stars A story that takes off as fast as it's cover
Reviewed in the United States on December 14, 2016
Verified Purchase
Catch That Santa starts out as breathtaking as it's cover. Sara arrives at the old folks home where Grams insisted on living only to find Santa has run off with her! When Santa's grandson arrives, they conspire to find their missing grandparents, who are off to Vegas, before something—like a surprise wedding—happens. Despite Cisco's reluctance to take Sara with him, she joins him anyway, nursing him from illness during a hours long traffic jam caused by a typical Colorado rock slide, and figuring out that her Grams is okay after all and looking forward to sharing this new stage of life with her and having Cisco there, too.

Monica is the only thing in the way between Sara and Cisco, at least in Sara's mind. Before Cisco has a chance to explain anything to her, Grams takes one disappointed look at the hurt in her granddaughter's eyes and provides distraction so she can escape the rest of the wedding celebration. Sara hails a taxi, driven by none other than a Santa driving. Cisco is on the chase again to Catch That Santa and the love of his life before it's too late.

This is a short but very enjoyable read. Docter takes a romantic cliche and weaves her own spin on it, with delightful charm and wit, leaving you stuck in the SUV with them as they wait out the rock slide clearing, munching (and tasting) those Funyons along with the characters, and finding your own heart skipping a beat when they finally get that kiss you've been dying for them to have. This should be on everyone's holiday reading list, and is the perfect length to boost your reading goals for the end of the year.

Gail Christian
4.0 out of 5 stars Grams ran off with Santa
Reviewed in the United States on December 16, 2015
Verified Purchase
“ 'What do you mean, Grams ran off with Santa Claus?' Sara Marks stared at the first floor orderly, Buddy Cantor, who’d met her outside her grandmother’s room at Happy Acres Residence." And thus begins Sara's search for Grams and Santa.

However, Sara is not alone in her search because as it turns out, Santa's grandson has come to Happy Acres to see his grandfather - the missing Santa. Sara receives a note from her grandmother telling her that her Christmas present is under the bed, and when she opens it, an envelope falls out addressed to Cisco, the grandson, just as her is entering the room. In both notes the grandchildren are told their grandparents will meet them in Vegas!

Sara and Cisco are off to stop a wedding, but they must drive through the worst blizzard Denver has seen in quite some time. This will be quite an adventure so Sara leaves her infant daughter with a friend as she convinces this total stranger she IS going to Vegas whether he takes her or she goes alone!

During the drive Sara begins to wonder if stopping the wedding is really what she wants to do or if Grams has the right idea after all. She thinks she has figured out why Grams ran away with Santa, and maybe Grams and Santa had planned this for a while.

Fun little Christmas story that doesn't take too long to read. Probably more for the ladies than the guys; and you will most likely know how this will end long before you get there, but that's okay. It is still a good story for the season. Grab a hot chocolate or cider and enjoy!

Jo-Anne B.
4.0 out of 5 stars Fun Christmas romance
Reviewed in the United States on December 11, 2017
Verified Purchase
I really liked this fun Christmas novella. It had me chuckling right from the start with Grams running off with Santa Claus to get married in Vegas. The fact that they lived in a seniors residence, so they were no spring chickens, made it even funnier. But Grams granddaughter and Santa's grandson didn't think it was funny, at all. So they took off after the couple hoping to stop the wedding. Since is was an 800-mile drive, they had lots of time to get to know each other. Going through a blizzard made the drive even harder and longer. It didn't take them long to go from not liking each other much, to falling in love.

If you are looking for a quick romantic Christmas story, I recommend Catch That Santa.

Carolyn Hertz
5.0 out of 5 stars Catch That Santa is a sweet romantic story with a few twists. Five star.
Reviewed in the United States on January 10, 2015
Verified Purchase
I received a free kindle copy of Catch That Santa by Karen Docter from an Amazon promotion in exchange for a fair review. I gave it five stars.

It's a sweet romantic story with a few twists. I like a 'feel good' story to read between some of my more intense reading. This one satisfied that need.

A gold '57 Ford Fairlane convertible is the vehicle of choice for Grams & Raphael in the escape from a nursing home to elope in Las Vegas. Left behind is a set of instructions & a beautiful dress for Sara Marks to wear when she gets to Vegas where she will join her Grams. Sara is a widow with a young daughter.

Francisco de la Vegas was the one they planned to escort Sara. He is the grandson of Raphael who Grams had known many years before.

He's in a relationship with the bossy, manipulative daughter of the man who he has submitted his proposal for a major architectural project.

Will Sara & Cisco catch the elderly couple to prevent their wedding? Will Cisco learn that Sara could be the catch of his life? Or will he be trapped in a marriage of convenience?

99 cents at time of posting.

Kevin Hardin
5.0 out of 5 stars christmas adventure
Reviewed in the United States on December 27, 2014
Verified Purchase
ok i just have to say i really enjoyed this book- it was first i have read by this author and i will be looking for others that said- this was a fun- fast paced book that starts when lanie (who is a widow) arrives with her daughter to visit gram- and finds out gram has run off to vegas with santa to get married-- while she is being told this frisco comes in to hear that his gramps is the santa in question- a note is found and next thing we know- lanies daughter is left with caring friend and she and frisco take off to drive in the worst snowstorm in denver history to stop the elopement---along the way they start to figure out that gram and gramps have carried the torch for years for each other and that the seniors might be doing a little matchmaking of their own - this was a fun tale with a second chance at love with 2 different romantic couples as well as a devious lady determined to stop frisco thrown in- a perfect feel lighthearted christmas story that can be read in one sitting as it is only 60 pages
Read more
Helpful
Comment Report abuse
See all reviews