The Cathedral & the Bazaar and millions of other books are available for Amazon Kindle. Learn more 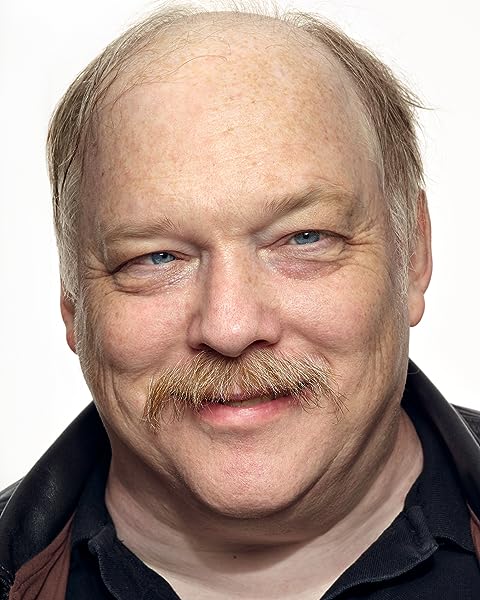 The Cathedral & the Bazaar: Musings on Linux and Open Source by an Accidental Revolutionary Paperback – January 15, 2001

Eric Raymond is an Open Source evangelist and author of the highly influential paper "The Cathedral and the Bazaar".

Start reading The Cathedral & the Bazaar on your Kindle in under a minute.

4.4 out of 5 stars
4.4 out of 5
166 global ratings
How are ratings calculated?
To calculate the overall star rating and percentage breakdown by star, we don’t use a simple average. Instead, our system considers things like how recent a review is and if the reviewer bought the item on Amazon. It also analyzes reviews to verify trustworthiness.
Top reviews

Bogdan Barbu
2.0 out of 5 stars The book is good, the kindle version isn't
Reviewed in the United States on January 19, 2019
Verified Purchase
While the content of this book I think is worthwhile reading, my rating has to take into the consideration the format as well, as you're ultimately interested in what you're going to get when you buy this. In particular, I've noticed some big problems:

1. While the content is in the right order, the page ordering is messed up and not even in sequence.
2. The footnote links often lead to the wrong footnotes.
3. The bibliography and acknowledgements appear somewhere in the middle of the footnotes.

I hope someone will bother updating this ebook because it would definitely be worth it.
Read more
10 people found this helpful
Helpful
Report abuse

D. E. Evans
4.0 out of 5 stars Articles on open-source from ESR
Reviewed in the United States on November 24, 2018
Verified Purchase
This paperback by O'reilly seems to have suffered from a typographical blowout. I had to visit Raymond's website to complete missing/damaged portions of the book. The contents are an excellent explanation of the open-source paradigm of programming en masse, and the motivation for writing software that is free from vendor lock-in. Considering the prevalence of open-source software (sometimes called free or libre software), every programmer and admin that deals with software should read this book. Hopefully, current prints are not as poor.
Read more
2 people found this helpful
Helpful
Report abuse

Maxim Masiutin
4.0 out of 5 stars A Collection of Essays on Open Source
Reviewed in the United States on April 6, 2008
Verified Purchase
The Cathedral and the Bazaar is a collection of essays originally meant for programmers and technical managers, written by Eric S. Raymond on software engineering methods, based on his observations of the Linux kernel development process and his experiences managing an open source project, fetchmail.

I you like a deeper work on Linux development, I can recommend the book "Rebel Code" by Glyn Moody.

fetchmail, is an open-source software utility to retrieve e-mail from a remote mail server. It was developed by Eric S. Raymond from the popclient program, written by Carl Harris. Its chief significance is perhaps that its author, Eric S. Raymond, used it as a model to discuss his theories of open source software development in this book. Some programmers, including Dan Bernstein, getmail creator Charles Cazabon and FreeBSD developer Terry Lambert, have criticized fetchmail's design], its number of security holes, and that it was prematurely put into "maintenance mode". In 2004, a new team of maintainers took over fetchmail development, and laid out development plans that in some cases broke with design decisions that Eric Raymond had made in earlier versions.

- The Cathedral model, in which source code is available with each software release, but code developed between releases is restricted to an exclusive group of software developers. GNU Emacs and GCC are presented as examples.

- The Bazaar model, in which the code is developed over the Internet in view of the public. Raymond credits Linus Torvalds, leader of the Linux kernel project, as the inventor of this process. Raymond also provides anecdotal accounts of his own implementation of this model for the fetchmail project.

The essay's central thesis is Raymond's proposition that "given enough eyeballs, all bugs are shallow" (which he terms Linus' law): the more widely available the source code is for public testing, scrutiny, and experimentation, the more rapidly all forms of bugs will be discovered. In contrast, Raymond claims that an inordinate amount of time and energy must be spent hunting for bugs in the Cathedral model, since the working version of the code is available only to a few developers.

When O'Reilly Media published the book in 1999, it achieved another distinction by being the first complete and commercially distributed book published under the Open Publication License.
Read more
One person found this helpful
Helpful
Report abuse

J. head
4.0 out of 5 stars Is it time for Linux ?
Reviewed in the United States on January 28, 2005
Verified Purchase
This books starts off with a very good history of the development of the Linux operating software. This open source development process started the author thinking about the two software development methods, the Cathedral method, where a large corporate structure hires programmers to develop software, keeps the source code secret, and charges large amounts to recoup it costs, not from the original product development, but from the expected legacy problems, technical support, bug fixing, software updates, etc. On the other hand the bazaar method, encourages open source software. Open source software encourages a programmer or group within the hacker community to gain ascendancy, to possess and maintain and steer the software to keep it relevant. The Author's point is that with most business models in the future the Cathedral method (read Microsoft) will not be able to compete with the Bazaar method (read Linux). In the Cathedral method the programmers must be hired, the bazaar method the hackers are attracted to a problem, become more dedicated, revisions and bugs are handled at internet speed. The author tells of many real-life business experiences companies have had adopting the open source method. The middle of the book explains the hacker ethic and how the hacker community operates. The reader learns the true meaning of "hacker" v.s. "cracker" and the true meaning of free software. The author predicts that open source software will make deep in-roads into the Fortune-500 companies. That their investments in hardware and records may be dependent on one software company's decision to continue supporting that software revision is the problem. Open source software would provide a proliferation of hacker communities willing to constantly update older software. The author appears to know his stuff and progressively throughout the book the author lets it leak out that he is one of the hacker community and is a player/spokesman in this software battle I found this book a real eye-opener, can Microsoft's workforce continue to support software like Windows 2000 with 60 million lines of code, as opposed to Linux taking advantage of a worldwide army of hackers reporting bugs, writing patches, and keeping hardware drivers updated. Time will tell.

This book was enough to prompt this reader to obtain a copy of Linux just in case..
Read more
3 people found this helpful
Helpful
Report abuse
See all reviews

Avid Reader
5.0 out of 5 stars Great historical document
Reviewed in the United Kingdom on November 3, 2016
Verified Purchase
Probably the earliest book on Open Source. Written by one of the founders of the movement, it gives us a great description of how it came about and why it worked. It's hugely motivating.

However, it was written aeons ago (in terms of the word of software). You won't find in it how the modern Open Source world works. But it's still a great introduction to Open Source.

I wish it could be updated for 2016.
Read more
2 people found this helpful
Report abuse

Andrew Dalby
4.0 out of 5 stars The Bible for the Open Source Model
Reviewed in the United Kingdom on November 7, 2009
Verified Purchase
This was the first book that wrote down the open source credo, and that presented sound arguments for an open source business model. The book presents the case that in software the main costs are development and debugging and as any author knows (either in general or a software author) you never get it right first time. So the biggest cost is never releasing because you are worried it is not perfect. By taking an open source approach you let the community do the debugging and finish the development. They can customise it as they want and the community provides the support. So the costs shift and development improves. This book gives examples of the real impact of open source, including the rapid growth of Linux and the dominance of Apache. It shows how closed source business can go open source to prevent their competitors monopolising a sector (Netscape open sourcing Mozilla).

These are great examples but I was left wondering if the model still held up. Originally this was a set of regularly updated web essays, but since the 2001 edition they have been set in stone and so I wanted to know if the rules still hold. For example what has been the impact of Google on open source and how does Google fit into the open source model? Social networking such as MySpace and Facebook is another case in point.

For me it is also not as easy to read as I had hoped. The style lets it down and it is obvious it is written by an insider and needed some better editing to give it more impact and less "geekiness". I am a geek myself but there are limits to how geeky readers want you to be as an author.
Read more
One person found this helpful
Report abuse

Debbie
5.0 out of 5 stars Five Stars
Reviewed in the United Kingdom on October 17, 2015
Verified Purchase
Fab book..
Read more
Report abuse
See all reviews
Pages with related products. See and discover other items: internet of things, developing business model, software test, the internet of things
Back to top
Get to Know Us
Make Money with Us
Amazon Payment Products
Let Us Help You
EnglishChoose a language for shopping. United StatesChoose a country/region for shopping.
© 1996-2021, Amazon.com, Inc. or its affiliates