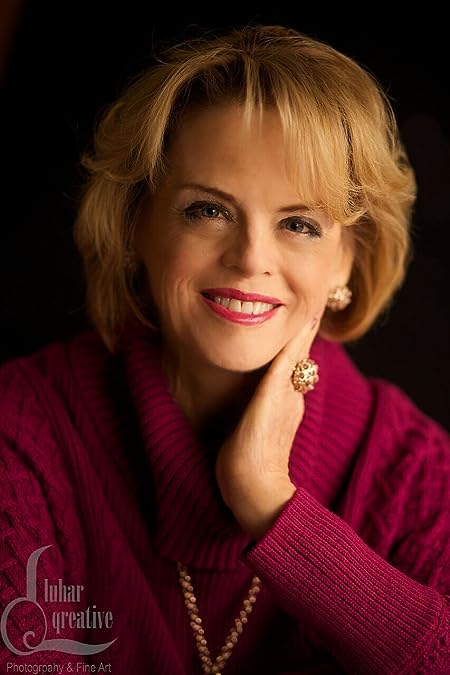 Exploring God's mysteries through fiction. Catherine Leggitt first authored a cozy mystery series, the Christine Sterling Mysteries. These books are no longer available on the primary market. Her two stand alone novels, The Road to Terminus, and Dying to Be Noticed are available on Amazon. In addition to writing, she is also an inspirational speaker and presently resides in northern California.

Catherine offers one free book to a book club that reads one of her novels. Please email requests for a phone, Skype or Face to Face discussion about her book, or invite her to your book club to answer questions and discuss.

Catherine's debut novel, PAYNE & MISERY--the first adventure in the Christine Sterling Mystery series--placed second at the Orange County Christian Writer's Conference in 2010 and was initially published by Westbow Press. In 2012, Ellechor Publishing House picked up the series of three. Within each story, Christine struggles with a spiritual mystery that parallels a physical mystery. In PAYNE & MISERY, Christine learns to stop complaining and choose joy while searching for her missing neighbor, Lila Payne. The second book, THE DUNN DEAL, finds Christine searching for absolute truth as she snoops around the murder of Deputy Baxter Dunn. In the third book, PARRISH THE THOUGHT, Christine discovers her own prejudiced heart while trying to rescue a teenager accused of murdering a prominent Nevada City matron, Bessie Parrish. PARRISH THE THOUGHT made the quarter finals of the 2011 Amazon Breakthrough Novel Contest.

The Road to Terminus was published in September of 2015 by Mountainview Books. In The Road to Terminus, three strangers find themselves on a cross-country journey along Route 66 in 1955. One is running away, one seeks meaning and purpose, and the third merely hopes to survive.

Dying to be Noticed appeared in October of 2020. Obituary columnist Avenelle Rossi Durprey finagles a plum assignment to cover a homicide with potential to skyrocket her to reporter super-stardom. But as she doggedly gathers facts, a nagging sense of deja vu haunts her. This exact crime happened before, down to the last detail. Soon she is trailed by white trucks wherever she goes. Is finding the truth worth risking her life?

During Catherine's first career--after raising children and before caring for her aging parents--she enjoyed teaching in the San Bernardino County public school system, where she developed a flair for playacting and storytelling. Struggling with retirement, Catherine needed a distraction and found it at her keyboard. Today Catherine resides at the edge of a lake in southern Missouri. The perfect place for writing. 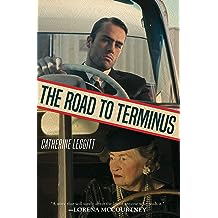 The Road to Terminus Sep 4, 2015
by Catherine Leggitt
( 31 )
$4.99
The paths of three strangers collide on a desperate road trip along Route 66. One is running away, one is racing the clock, and the child who binds them merely hopes to survive.

George Stanton is not who he seems. Running from the law in his brand new 1955 Lincoln Continental, he’s planning a mad dash to Mexico to leave his past behind. He can’t let an old woman and a sick kid get in his way.

Eleven-year-old Stryker has never eaten with utensils and doesn’t know how to read, but she can identify the make, year, and model of every car on the road. She won’t reveal the identity of her mother or why she’s been told to never let her tattered stuffed monkey out of her sight.

Mabel races against time to save Stryker’s life. George only wants to save his own skin. Soon their destinies become irrevocably entwined, and the road they choose could change their lives forever.
Read more
Other Formats: Paperback 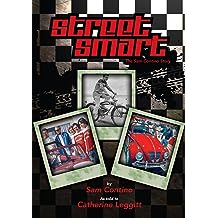 Street Smart: The Sam Contino Story Jun 24, 2012
by Sam Contino, Catherine Leggitt
$3.99
Sam Contino doesn’t take no for an answer. As far as he is concerned, the impossible just takes a little longer. In his book of memories, Contino tells how to get the job done, no matter what “the job” might entail.

From his early days growing up on the streets of Chicago in an Italian neighborhood, Sam Contino has always been an outside-the-box thinker. His beloved brother Raymond—who died during a training exercise prior to entering the war—has been a lifelong inspiration. Perseverance and hard work served Contino well through a stint in the Coast Guard and then in the Navy, where he worked in the motor pool. A creative and skilled mechanic, he taught specialized auto classes to the employees of General Motors, The U.S. Marine Corps, and Sun Electric. He also owned and operated his own auto shops in Chicago, and Las Cruces, New Mexico. Eventually, he settled his wife, Ida, in the Ontario area of southern California where he opened another auto shop and his family expanded to include six children.

When Chaffey College hired him in 1966, Contino transformed their Automotive Technology Department into one of the finest and best known in the country. Students from all sections of the United States, Canada, Mexico, and Great Britain enrolled over the twenty years he taught at Chaffey. Contino gained national recognition for the college when the Auto Tech department conducted a 100,000-mile road test on a Pinto for Ford Motor Company and ran a set of steel-belted radials around the United States for Sears. Both these road tests garnered media attention and prestige for Chaffey College.

Contino pioneered the only for-credit racecar technology program in the world, which he started in a campus warehouse. This program launched many successful racing careers. The program also connected students with racing celebrities such as Dan Gurney, Andy Granatelli, Mario Andretti, Parnelli Jones, and the legendary actor Paul Newman.

Newman donated three cars to the program including a souped-up 1963 VW, which the students rebuilt. Racecar Technology students also built and raced a 1968 Camaro, a 1969 Mustang and an American Motors Rambler. They raced their cars in intercollegiate races, which Contino engineered, as well as at the Ontario Motor Speedway, Laguna Seca, and the Riverside Raceway. In addition, the students participated in the Pikes Peak hill climb race, and tested cars at the Bonneville Salt Flats. They also raced in several off-road races like the Baja 500.

One of the highlights of Contino’s innovative and illustrious career in racing occurred in 1985 when he served in the pit crew with Mario Andretti’s team at the Indianapolis 500.

After retiring from teaching in 1989, Contino couldn’t settle down in his easy chair and do nothing more challenging than wield a remote control. Retirement takes on a new meaning when applied to energetic people like Sam Contino. As long as there are more challenges to be met, more hills to climb, more sports to conquer, Contino continues turning corners and starting over.

Once, Contino solicited money, food, clothing, and lumber for the poor people living in the Tijuana dump. Donors sponsored Sam’s 150-mile jog from Ontario to Tijuana. Later, he won medals in the Senior Olympics, rode a horse in a cattle drive, and operated a hot-air balloon. Contino even drove a racecar of his own. And always, he made time to mentor and advise.

Ida passed away in 2004. Contino’s second wife, Beverly, complements him well. Today in his 80s, Sam continues to be active in a variety of sports and adventures, now teaching water aerobics and “Sammy” Yoga. He tells his story in his own rambling style, sparkling with his philosophy that good care of our bodies allows us to live life to the fullest.
Read more
Other Formats: Paperback