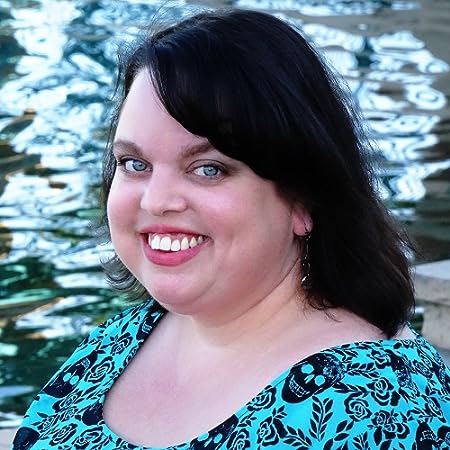 Catherine Winters has honed her signature snark in print and in real life since she was ten. Her love of pop culture, bad television, and worse music coupled with the collection of a lifetime's worth of useless trivia make her novels modern and witty.

In addition to writing, Ms. Winters is the Social Media Director for the Gatsby Theatre Company in Colorado Springs, Colorado, and is employed as the principal mezzo-soprano for the Cathedral Basilica of the Immaculate Conception in Denver. 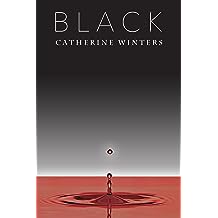 Black (Josephine Book 1) Jul 28, 2014
by Catherine Winters
( 18 )
$0.99
Thirty-year-old redhead Josephine Berendt has everything under control. She’s finally over her ex, Max Spencer; her third novel is about to hit the shelves; and she’s living happily alone in a quiet Denver suburb. So what if her life is missing a little action? She gets all she needs by writing about vampires – and at least her furniture won’t run away to Paris just to prove how much it doesn’t love her.

600-year-old businessman Grant Black thinks he’s just doing a favor for an old friend by keeping an eye on Josephine and her dangerously accurate storytelling. Keeping out of her life is no trouble at all – until Max shows up on her doorstep with a case of fangs and Grant is forced to meet Josephine in the fearless, foul-mouthed flesh.

Soon Josephine finds herself at the center of an undead incident of international proportions. Now every day is a test of how long she can balance her need for independence with her growing affection for a killer, and stay alive – or, at least, not dead.

Featuring some of the most famous and ruthless vampires from history and literature, BLACK interweaves traditional vampire canons with an entirely new race of vampires with its own laws and mores. Told in Josephine’s thoroughly modern voice, the book is a witty, allusive tour of the vampire world’s upper echelons and hubs of power.
Read more
Other Formats: Paperback 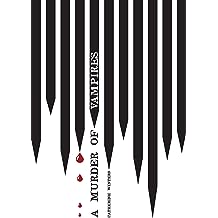 Geneviève Lacroix wasn’t really made to be a leader. Perhaps that’s why she chose to form a council instead of an empire; she wouldn’t have to bear the burden of responsibility alone. While the Council of the Undead was a success, her inability to face challenges head-on would affect vampires all over the world.

When Coventry Payne informed Geneviève of her intent to betray her sire, Grant Black, Gené did nothing. When Coventry succeeded, Gené ignored her own laws and Coventry went unpunished. When Coventry showed up asking for her own House, Gené gave her New York. When Coventry began weaving myths of Grant’s excessive violence and ruthlessness to keep fledglings in line, Gené remained silent. When Geneviève feared Coventry would make a play for the Paris Council House, she gutted it instead of fortifying it.

As Coventry continued to grow her power and influence, Grant lay bound in a box, alone in the dark, starved of blood, slowly going mad. Only Coventry hadn’t counted on the ever-increasing population of humans, the “shrinking” of the world, the eventuality that someone would stumble upon his prison and release him.

One hundred and fifty years has seen that eventuality come to pass, and now he will have his revenge. Coventry will get the bogeyman she created — although the monster she claimed he was is nothing compared to the monster he’s become. 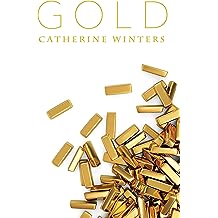 Gold (Josephine Book 3) Mar 30, 2015
by Catherine Winters
( 3 )
$3.99
Josephine is free. Free from the machinations of Augustus. Free from the overbearing hand of the Empire. Free from the constant bickering with Grant Black. Free to live in her own home, on her own terms. Free to explore the extent of her powers. Finally free.

However, Max is not. With every passing day his blood bond with Josephine grows stronger. Every day finds his will more subverted; his ability to act on his own less; his adoration of her more obsessive. Too much distance from his puppet mistress brings on horrible, crippling anxiety attacks. Neither of them knows how to break the bond; Josephine fears she may not even want to. And poor Max has no wants of his own — none that he can give voice to, anyway.

And a miracle baby’s work is never done. Soon she finds herself being hounded by Hunters. Surveiled at her house, followed in public, harassed while out for a bite; they claim to have an anonymous client who just wants to arrange a meeting. But who on earth would want to meet her? Who wouldn't go through the Empire to arrange a formal meeting? Who would dare hire Hunters? Even if this client exists, how far can she trust people who have dedicated their existence to slaying vampires? Can she even decline the invitation without igniting another war?

Forced to walk the ever-finer line between love and habit, Josephine must decide what's a burden and what's a responsibility — and how far she's willing to go to become the vampire she was meant to be. 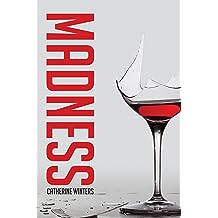 Among the rich and miserable of Denver, Madeleine's career as a professional mistress has been an open secret. But at the ripe age of twenty-seven – and after nearly ten years – Madeleine's ready to retire and start solving her own problems. As soon as she can get a handle on what, exactly, those are. But Ian's been waiting five years for her to be free: he has no intention of letting the opportunity go.

Weighed down by a past he refuses to discuss, Ian's tried all the usual things to forget: expensive scotch, disposable women, more scotch, more women. Staring down the barrel of forty makes him want a fresh start, and Madeleine looks like a hell of a blank page. He's amazed he can look forward to a future with her when he hasn't looked forward to anything in a dozen years. Riding high on hope, Ian's unprepared for Madeleine's no, and surprised by his best friend Jacob's resistance to his pursuit.

Ian is the closest thing Jacob has to family. Hell, Ian is family, and Jacob's not about to let some common whore break his heart. He's taken good care of Ian, scraping him out of the gutter and dragging him from inappropriate beds. If Ian can't quite see that, it doesn't matter to Jacob. Much. He's got Ian's back, whether or not Ian wants him to.

As Ian's secrets spill and Jacob's animosity grows, all three of them find themselves testing the boundaries of friendship, confronting the dangers of desire, and trying to ignore the consequences of the lies they've told themselves. 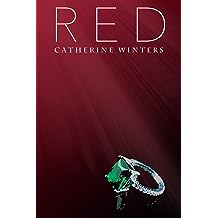 Red (Josephine Book 2) Sep 15, 2014
by Catherine Winters
( 4 )
$3.99
Seven months ago, Josephine Berendt was a woman with a promising career, an inert social life, and no idea the vampires she wrote about were real. Now she's a rich and influential vampire who's reluctant to let go of her former life.

However, consorting with the likes of Grant Black and thwarting her enemies' well-laid plans won't give her the life she desires, either. While the ruling class tries to shore up its crumbling empire, Josephine must appease the grumbling masses and pay for the sins of her sire. And if that weren't enough, she soon realizes that her foes have not yet fully played their hand.

Amid worry for Max Spencer, fighting her love for Grant Black, and the pomp and circumstance of an Imperial covenmistress ceremony, Josephine has to unravel the opposition's plans and keep her coven safe — all while watching her own back and working to discover the limits of her power.

In RED, the stakes are higher, the games more dangerous, and Josephine's position ever more precarious. Will she unravel the twisted web before it's too late? Or will she fail her coven, her lover — and herself?