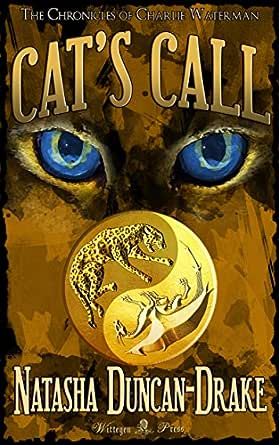 You've subscribed to The Chronicles of Charlie Waterman! We will preorder your items within 24 hours of when they become available. When new books are released, we'll charge your default payment method for the lowest price available during the pre-order period.
Update your device or payment method, cancel individual pre-orders or your subscription at
Your Memberships & Subscriptions
There was an error. We were unable to process your subscription due to an error. Please refresh and try again. 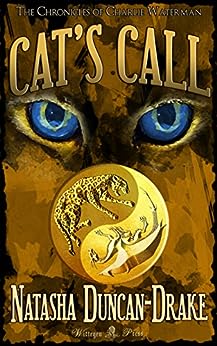 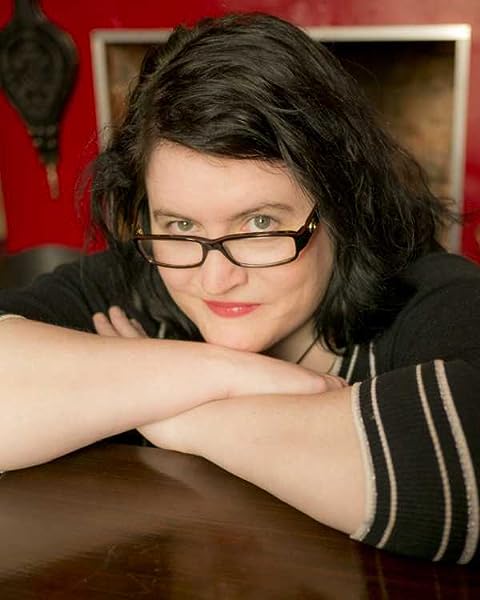 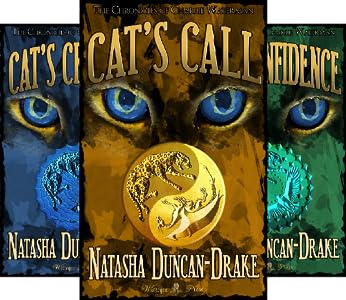 4.8 out of 5 stars
4.8 out of 5
21 global ratings
How are ratings calculated?
To calculate the overall star rating and percentage breakdown by star, we don’t use a simple average. Instead, our system considers things like how recent a review is and if the reviewer bought the item on Amazon. It also analyzes reviews to verify trustworthiness.
Top reviews

Lynxie
5.0 out of 5 stars A great mix of sci-fi and fantasy all wrapped up in AWESOME!!
Reviewed in the United States on September 9, 2011
Verified Purchase
Initially I was drawn to this book because I like cats and when I found a sf/fantasy book about cats - well I had to have it.

I loved everything about this book. Natasha has captured my imagination and much of my life over the last couple of days with this book. I could NOT put it down once I started reading often I was up until the wee hours of the morning reading Cat's Call.

Charlie is a remarkable character and his humour and the way his mind works, had me laughing out loud for real, the result - often strange looks from people around me! In stark contrast to Charlie are Alexander and Akari who, along with the other questers muddle their way through this tale.

I hope Natasha is busy working on the next tale in this series as I am dying to know what happens!!

Thanks Natasha for a brilliant read!

shannon
5.0 out of 5 stars When is the next book due?!?!?
Reviewed in the United States on June 11, 2011
Verified Purchase
I got this book expecting it to be a good book to hold me over until I could get something more substantial. But I was blown away by this book. It has everything I look for in a Kindle book. 1.)It is cheap enough that I don't feel like I should not get it. 2.)It is a nice long book. 3.) It has and interesting cover and description. I really enjoyed this book and I am becoming anxious for the next book. It took me just one day, including staying up until 3 in the morning, to read this book and I was very upset with myself for not taking more time, since I don't know when book 2 comes out. I was also pleased with the price on this book. It is such a good book that the price doesn't do it justice, because people expect good books to be more expensive. I did have one problem with the book though, a few minor editing mistakes that didn't really distract you from the story but they did bother me enough that I wish I could fix them, if only in my copy of the book. Otherwise it is a great story that really gets under your skin and into your brain. Like a jingle that you can't seem to stop thinking about but don't really mind humming.
I'm getting really anxious for the next book! I hope it comes outsoon!
Read more
Helpful
Comment Report abuse

Kevin
5.0 out of 5 stars Great story
Reviewed in the United States on March 27, 2013
Verified Purchase
The basic story is common: a teen is thrust into an adventure, is granted magical abilities, can change into an animal, and is forced to become a hero while doubting himself.
I really enjoyed the plot and all the characters.
There were several incorrect word usages, missing words, and incorrect tenses. I noticed wrack for rack, vice for vise, formerly for formally, and anyway for any way. It is disappointing that a story for sale is not better checked before being published.
I eagerly look forward to reading the further adventures.
Read more
One person found this helpful
Helpful
Comment Report abuse

Dracavia
5.0 out of 5 stars An enthralling adventure!
Reviewed in the United States on April 17, 2011
Verified Purchase
A clever premise, an engaging main character and a highly likeable supporting cast are only some of the things that make this book an incredibly enjoyable read. From the beginning the story draws you in, exploring and learning about the world alongside Charlie. Despite the fantastical world Charlie finds himself in, he and the extraordinary friends he makes along the way are easy to relate to, making it effortless to care for the characters and to be drawn into into their hopes and fears.

Unlike many self-published and privately published books, this book is very well edited. I only noticed a couple of typos, no more than you would find with a paperback out of one of the big publishing houses. So if that's something that's scared you off from independently published ebooks in the past, don't let that stop you from taking a chance on this one.

This is definitely a book that will stay in my library for a long time to come, and I can't wait for the second installment to be released!
Read more
One person found this helpful
Helpful
Comment Report abuse

A. J. Deats
5.0 out of 5 stars Perfect fantasy interlude!
Reviewed in the United States on August 24, 2011
Verified Purchase
Cat's Call has me totally hooked. I wandered onto it on Amazon while looking for inexpensive books for my Kindle for vacation reading. I love the world the author has created and the characters make we want to read more about them. I can't wait for a sequel! The story has a bit of an Anime feeling about it, with magic and vampires and dragons and my favorite cats thrown into the mix. What's not to love?
Read more
One person found this helpful
Helpful
Comment Report abuse

Amazon Customer
5.0 out of 5 stars Amazing
Reviewed in the United States on April 27, 2012
Verified Purchase
I personally am very picky when it comes to reading. Mostly when it comes to price. I almost never buy lower price books because in my experience they are also lower quality: cliche, poor grammar/spelling, or poor character development. This book was far from it! Something about it called to me (much the way the cat called to Charlie) and said, "Buy me". I am so glad I did it has quickly become one of my favorite books and for this price? It is a steal.
Read more
Helpful
Comment Report abuse

Cheryl H
5.0 out of 5 stars Love this author
Reviewed in the United States on April 5, 2011
Verified Purchase
I've loved everything this author has written so far (at least, everything that i've read lol) and i am so excited that she's written this amazing book! i haven't actually finished it, but what i've read so far has been on-par with her other writing, which is to say that it is amazing! i recommend this to anyone looking for a good book.
Read more
Helpful
Comment Report abuse

Michelle S.
5.0 out of 5 stars Excellent
Reviewed in the United States on April 21, 2011
Verified Purchase
This book was excellent. I cannot wait for the next installment. I'm very picky about my fantasy, and I was iffy about this one, but I'm am beyond glad that I bought it. Happy reading!
Read more
Helpful
Comment Report abuse
See all reviews

Stormme Jayde
4.0 out of 5 stars Great read
Reviewed in the United Kingdom on February 18, 2014
Verified Purchase
Thoroughly enjoyed this well written book even bought the two follow ups already and would love more down loadable versions of all short storjes about the group. There were some spelling and grammatical errors but it did not detract, not sure where to do so, but happy to offer my proofing services should the author want an old proofer to help out.

I love cats, so the idea of a cat entity being "head honcho" was really great. The whole book gelled well, and it was good to see a group get over their differences to work well as a team.

I do hope to get copies of all the short stories about the seven team members. Look forward to the rest of the series with interest.
Read more
One person found this helpful
Report abuse

XpucR
4.0 out of 5 stars Cat's call
Reviewed in the United Kingdom on December 16, 2013
Verified Purchase
Cat's call is a fantasy book for young adults with a wonderful protagonist Charlie Waterman (18). I'm familiar with the author's writing and expected that this one is going to be a good read but Cat's Call exceeded my expectations. At the moment there is 3 books in the series and I really hope, that Duncan-Drake is planning to write 4th book, 5th and etc.
Read more
One person found this helpful
Report abuse

Amazon Customer
5.0 out of 5 stars A god read
Reviewed in the United Kingdom on July 2, 2014
Verified Purchase
This shifter ale is a great read. I'm not usually into shifter stories but this has me wanting more!
Read more
Report abuse

mimi
5.0 out of 5 stars I love this book
Reviewed in the United Kingdom on March 3, 2014
Verified Purchase
Looking forward to reading the next one! Thought the hole book I was drawn and I don't thing I stopped once!!
Read more
Report abuse

Amazon Customer
5.0 out of 5 stars Enter the Between.
Reviewed in the United Kingdom on April 5, 2011
Verified Purchase
A gripping read from start to finish. Great characters and great plot. It left me wanting more and I seem to have become very fond of Charlie and his fellow Questors already.