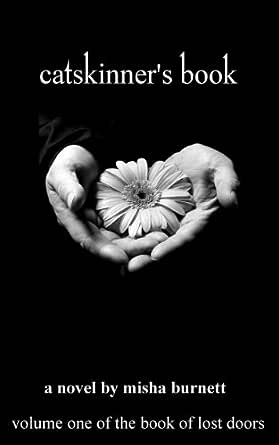 You've subscribed to The Book Of Lost Doors! We will preorder your items within 24 hours of when they become available. When new books are released, we'll charge your default payment method for the lowest price available during the pre-order period.
Update your device or payment method, cancel individual pre-orders or your subscription at
Your Memberships & Subscriptions
There was an error. We were unable to process your subscription due to an error. Please refresh and try again. 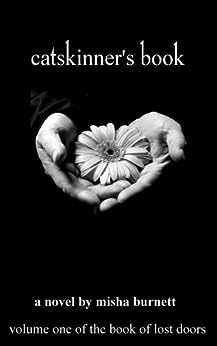 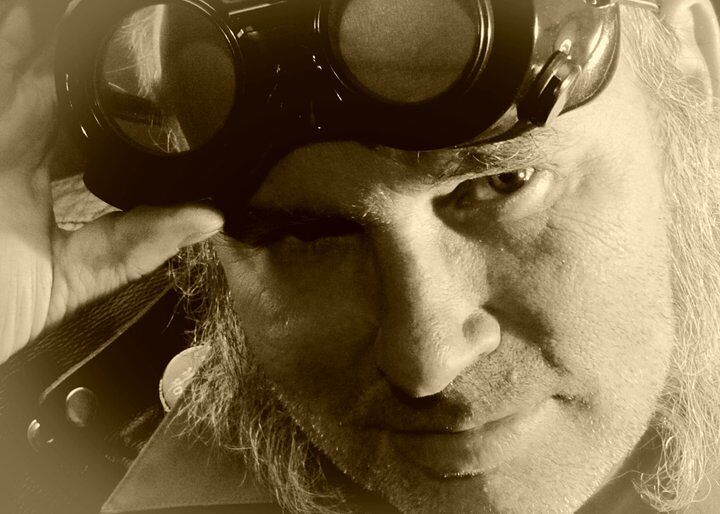 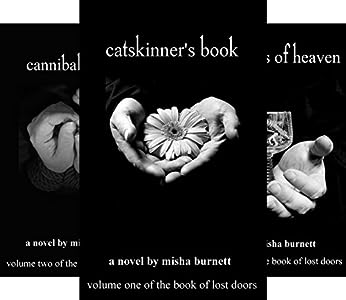 4.7 out of 5 stars
4.7 out of 5
64 global ratings
How are ratings calculated?
To calculate the overall star rating and percentage breakdown by star, we don’t use a simple average. Instead, our system considers things like how recent a review is and if the reviewer bought the item on Amazon. It also analyzes reviews to verify trustworthiness.
Top reviews

JonM
5.0 out of 5 stars What Neil Gaiman would write if he could ditch the po-mo tedium and write without sounding like a pretentious ass for once.
Reviewed in the United States on March 2, 2017
Verified Purchase
When his little corner of this world blows up, James/Adam is forced to learn more and we follow him as he investigates both this strange world and his own history, and tries to solve the murder of his boss. Catskinner’s Book is a now-classic story of the modern world overlying a hidden underworld populated by all sorts of supernatural critters that somehow manage to escape the notice of the bulk of the normie population. That whole world also escape the notice of our hero, Adam/James, even though he serves as a sort of host for one of the more powerful supernatural entities around. It’s a fine line to walk, and rare is the author who manages to tread it as well as Burnette does here. He does make use of the standard, “normies only see what they want to see” trope, but he also keeps most of the really obvious brutality in-house. That is to say, that most of the really crazy super-natural fights occur between supernatural factions in out of the way places where they go largely un-noticed. So it works, and is more believable than usual.

The story of a young man whose cultist parents fused him to a murderous entity of pure thought exploring a strange world-behind-the-world with a transgender plant man-woman…thing?...might sound like old hat urban fantasy, but in Misha Burnett's hands this story takes on additional depth and intimacy beyond what you usually see in this sort of tale.

Part of the reason that the actions of these weird monsters is so believable might be that they all have a common origin. Part of the reason might be that none of them are simple new takes on old creatures. There are no vampires or werewolves or vampiric werewolves or werewolves, but they have a different name like lycan or caninemen or siriusians or what have you. None of that. Just a bunch of weird and original things with their own strengths, weaknesses, and personalities. It’s a refreshing change from the ordinary.

The setting is great, the creatures fresh, and the action fast and furious. Where the book really shines is the characters. They all behave in believable ways – a neat feat given that one of the protagonists is a relentless and powerful parasite/demon of pure thought. You instinctively dislike the bad ones and feel enough sympathy to root for those caught up in a fight not of their own choosing.
Read more
3 people found this helpful
Helpful
Report abuse

Sebastien LaQroix
5.0 out of 5 stars A truly imaginative piece of fiction with great characters.
Reviewed in the United States on June 26, 2019
Verified Purchase
Misha Burnett’s urban fantasy series is weird. That’s all I knew when I picked up Catskinner’s Book. Upon reading it, I can confirm that Catskinner’s Book is, indeed, very weird, but I mean that in the best sense possible. If you want something different from your usual urban fantasy/science fiction fare, look no further.

James has a problem. His culty parents basically grafted an otherworldly, non-physical creature to James’ being. The creature is psychotic and believes violence is the best answer. It can also take control of James’ body to perform superhuman acts of brutal butchery. After spending years in various institutions, James has finally settled down into something approximating a life. He holds down a job at an electrical supply store while Victor, his boss and only kinda-sorta friend, sometimes sends him on missions to kill certain people. Everything works fine until Victor is murdered and James is thrust into the fantastical, horrific world behind the world in order to find Victor’s killers.

Got all that? Good, because Burnett charges headlong into the story and world he’s created without pausing to give you time to breathe. Once the inciting incident hits, it’s pedal to the metal until the end. That said, the world is truly fantastical. There are no witches, or ghosts, or vampires or werewolves. Burnett populates his world with all sorts of unique creatures. We have the Ambimorphs, crazy hot plant-transgender-women-things that ooze sexuality; fiery, metal centipedes; sentient ooze that dissolve your very being; and much more.

None of it feels out of place because Burnett explains how these various creatures function with plausible-sounding scientific explanations (I’m the furthest thing from a science geek, but they do sound plausible). It’s a fantastic world that has a scientific coherence to it. Calling this book urban fantasy might be a disservice because of the connotations of urban fantasy. Many times, it feels more like the science-fantasy of the genre-bending classics of the pulp era. So I guess that would make this an urban science-fantasy-thriller?

This leads me to Burnett’s writing. While Burnett can be poetic, it’s never at the expense of clarity. Far too many authors try to show off their wordsmithing abilities only to end up being opaque with what’s going on. but Burnett manages to be the best of both worlds. There was never a moment where I had to reread a sentence due to confusion or clarity issues. This, more than anything else, is what made me finish the book in less than two days.

James as a character is sympathetic. Sure, he’s not exactly a good guy, but you feel for the guy and the hand he’s been dealt, and you want him to succeed at making the best of his situation. Catskinner’s foreign worldview and mindset keep things very interesting, and his(?) conversations with James are fun to read. I’ll read any book with more Catskinner in it, as he is the most interesting character in the book. Other characters are introduced as well, weird characters indeed, but to talk more about them would spoil the fun of discovery.

A final consideration. This book can get quite racy at times, though it never devolves into prurience or obscenity. Much like the magazine covers of Weird Tales, the book never quite crosses the line, which I find refreshing and much more effective.

If I had any kind of nitpick, and it is just a nitpick, is that the climax of the novel isn’t quite climactic enough. I was expecting a massive fight against a formidable opponent. Burnett sidesteps that fight in a way that feels just tad anticlimactic. That said, he manages to throw a curveball your way which made me immediately get the second book without dropping a massive cliff-hanger on your head.

This is a fantastic book. I plowed through it quickly and enjoyed everything about it. It’s imaginative, sympathetic characters, a truly fantastical world, and a forward-moving plot. This is weird fantasy at its finest and one of the most enjoyable books I’ve read this year.

Rachel Jenkins
5.0 out of 5 stars Best book I've read in a while..Misha Burnett now added to my list of very, very favorite writers.
Reviewed in the United States on September 8, 2017
Verified Purchase
I am very picky, so keep cycling through my favorite books, book series, and authors in my vast Kindle library rather than read inferior books, but last week I realized there were no books left I hadn't recently reread, so I went to the Kindle Store to find something else. After rejecting several books, I thought I'd try this one. I had my doubts about the genre, but after reading a sample in the "Look Inside" offer, I was ecstatic..THE WRITING STYLE DIDN'T ANNOY ME, and was as good as C.S. Lewis, Robert A. Heinlein, J.K. Rowling, and even John Scalzi (who have a similar casual, humorous style)!! The book was intriguing, original, over 300 pages, and, best of all-a SERIES! Once I realized I'd hit the book lottery,, I quickly bought the rest of the series. Sadly, I easily go through a book a day, despite all my delaying techniques, only allowing myself to read at certain times, etc, but it was no good-I still have almost finished them all.
Read more
Helpful
Report abuse

Robert DeFrank
4.0 out of 5 stars A wonderous urban fantasy
Reviewed in the United States on December 8, 2017
Verified Purchase
Burnett takes readers on a far-out ride, showing wonders and horrors under the surface of the mundane world. As a child, the main character was forced to play host to Catskinner, a sadistic, murderous, alien being, now channeling these qualities as a killer for hire.

Soon enough, he finds his way into a wider, wilder world of terrifying alien beings from the outer spheres and the people who serve, resist, or try to profit from them. Our hero must rediscover his own humanity in the fight against evil.

A very well-written tale with some excellent worldbuilding and references to other works of fantasy. The only fault was some of the decisions and behaviors of the characters didn't quite make sense from a strategic standpoint, but it's the start of an intriguing series.
Read more
Helpful
Report abuse
See all reviews

Eternal Dreamer
4.0 out of 5 stars Excellent book - but the ending!
Reviewed in the United Kingdom on August 26, 2012
Verified Purchase
I loved this book. The character of Cat Skinner himself was fantastic. Overall the pace was brilliant, plenty of action with well thought-out characters. The plot was great but that ending! I'd love to read more from these characters and the world they're in. If you like properly done urban fantasies with believable characters, you'll love this. Just be prepared for the ending.
Read more
One person found this helpful
Report abuse

Linda
4.0 out of 5 stars A must-read for all Sci-Fi Fans!
Reviewed in Canada on May 14, 2014
Verified Purchase
Full of non-stop action, I loved the twists and turns as the story of James and Catskinner unfolds. This well written sci-fi novel by Misha Burnett is set in a realistic world into which a reader can escape. Alive with imaginative creatures, Catskinner's Book is an original that I had a hard time putting down.
I highly recommend this book to anyone who enjoys a great sci-fi story, and I couldn't wait to start into Book Two - Cannibal Hearts.
Read more
Report abuse
See all reviews
Back to top
Get to Know Us
Make Money with Us
Amazon Payment Products
Let Us Help You
EnglishChoose a language for shopping. United StatesChoose a country/region for shopping.
© 1996-2021, Amazon.com, Inc. or its affiliates