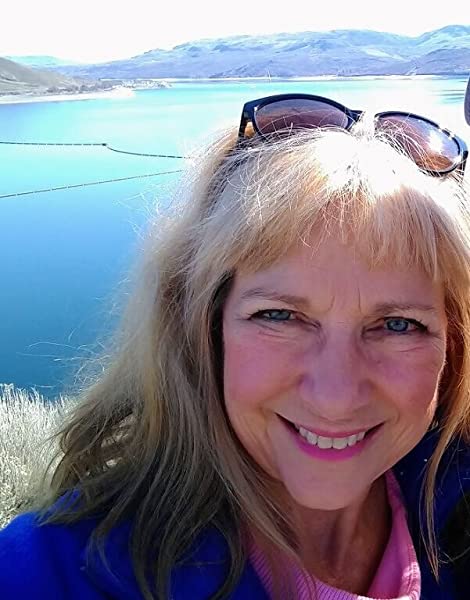 "Cattle have come on a long journey with us, from pastoral times to settled agriculture, from the New World to post-industrialism." So writes popular historian and children's-book author Laurie Carlson in this wide-ranging meditation on the relationship between humans and cattle throughout human history.

Though her narrative suffers from a somewhat scattered approach, Carlson has much to say about that long journey. Cattle have shaped human societies for millennia, she notes, figuring prominently in the lives and imaginations of the cave dwellers of Paleolithic Europe, the farmers of ancient Egypt and Mesopotamia, and 19th-century Australia, South America, and the American West, to name but a few. She stops in at each of these times and places, pondering curiosities as she does. Along the way, for instance, she writes of scandals involving tainted beef served to American field soldiers during the Spanish-American War and subsequent advances in food safety; the efforts of German scientists to reverse-breed cattle to arrive at the ancestral aurochs, extinct for nearly four centuries; the ravages of "zoonoses," or animal-borne diseases such as smallpox and cowpox; and the role of the cattle industry in the development of transcontinental railroads. She also observes that cattle husbandry has gone from an economic given to a source of controversy throughout much of the world, thanks to the rise of new bovine diseases and the effects of overgrazing on already threatened environments. --Gregory McNamee

Carlson (A Fever in Salem; Boss of the Plains: The Hat that Won the West) offers a well-researched exploration of the symbiotic relationship between humans and cattle. Beginning with prehistoric cave drawings, she traces the history of cattle through domestication, agriculture and industrialization, which, she argues, has led to current concerns about food safety. In Europe, domesticated cattle herds led to the development of clans with social hierarchies and complex rule systems. She plumbs the link between woman and cattle: because women cared for the herd, Carlson argues that such societies were "largely female-dominated, or at least gender neutral." She examines the halcyon days of cattle ranching in the American West, exploring early conflicts between ranchers, the federal government and moneyed interests. Carlson pays particular attention to the effect American industrialization and science had on cattle and considers the ramifications of such developments as canning and refrigerated rail cars to carry meat across the country to consumers. She examines the benefits cows have brought, most notably perhaps the vaccine for smallpox, as well as concerns about mad cow disease and E. coli infections. Carlson reveals such historical footnotes as the role butter played in the Protestant reformation and makes sometimes unexpected connections, such as her ruminations on the link between selective breeding and the eugenics program in Nazi Germany.

Cattle were first domesticated by humans thousands of years ago. They are not native to the Americas, however, and did not reach the New World until their introduction by Spanish explorers. The impact of cattle on the history and culture of the world, including the United States, has been considerable. Carlson, whose previous works include a study of the New England witch trials and a book about women missionaries in the American West, covers many aspects of the relationship between cattle and people, from ancient times to the present. She has done an excellent job of extracting information and ideas from books, research journals, and popular magazines and has organized the material here into a lively and coherent whole. Carlson goes well beyond history of the bovines themselves to discuss the U.S. beef and dairy industries and their products, our changing dietary habits, consumer health and food safety, environmental and animal rights issues, and the special historical relationship between women and cattle. An excellent complement to this volume, especially for public libraries, is Sara Rath's entertaining The Complete Cow (Voyageur, 1998); while less detailed and narrower in scope than Carlson's book, it includes many color illustrations plus a lengthy chapter on breeds. Carlson's fine account is recommended for both public and academic libraries. William H. Wiese, Iowa State Univ. Lib., Ames
Copyright 2001 Reed Business Information, Inc.

In an entertaining and informative blend of natural and social history, Carlson presents the story of cattle and their interaction with human beings from the time of prehistoric cave paintings until today. It seems that cows and humans have always had a special relationship. Scholarly examination of the Altamira cave paintings confirms the herd behavior of ancient cows, and reveals that they were respected, not worshiped by that era's society. Archaeological evidence traces our species' evolution from hunters to herders, and posits that in a way, cattle chose domestication. Eventually, our relationship with cattle fostered all sorts of social, political, and technological changes, from the development of agribusiness to barbed wire, refrigeration, pasteurization, and even women's economic rights. Cows provided the proper medium for early smallpox vaccine, while today's justifiably feared mad cow disease comes not from the cattle themselves but from humans who practice improper feeding practices. In a book packed with information painlessly delivered, readers learn more than they ever imagined wanting to know about cattle, but not more than they should. Danise Hoover
Copyright © American Library Association. All rights reserved

With this book in hand we no longer have to search encyclopedias and extract hunks of material on cattle ranching., Buckskin Bulletin

Entertaining and informative...readers learn more than they ever imagined wanting to know about cattle, but not more than they should. -- Danise Hoover, Booklist

This is the first book of its kind and well deserves to be widely read. -- Samuel S. Epstein, M.D., School of Public Health, University of Illinois at Chicago

Balanced, intelligent, and seasoned with telling anecdotes. -- Linda M. Hasselstrom, author of Windbreak: A Woman Rancher on the Northern Plains

Far from a humdrum book about cows, this book will open even jaundiced eyes. -- Larry McMurtry

The author has written a most interesting factual, well-documented book on cattle history., Journal of the West

A provocative discussion that is bound to engage readers from outside academic circles. -- Julia H. Haggerty, H-Net: Humanities and Social Science Reviews Online

5/0
5.0 out of 5 stars Very Good Writing and Research
Reviewed in the United States on April 28, 2014
Verified Purchase
“Cattle”; An Informal Social History, by Laurie Winn Carlson

There is something here of value for almost anyone and, as a bonus, Carlson is a good writer showcasing a readable style and reasonable, objective approach to an interesting and increasingly important subject.
Read more
One person found this helpful
Helpful
Comment Report abuse

h. prints
4.0 out of 5 stars Interesting reading for boviphiles
Reviewed in the United States on June 24, 2008
Verified Purchase
As a veterinarian, amateur historian and life long boviphile i am always interested in literature about cattle. This book is a nice addition to my short shelf of books on the subject. It is part science, part history and part philosophy, in the style of Michael Pollans books The Botany of Desire or The Omnivores Dilemma. The author seems not to be a farmer or zoologist but she has done a lot of research I think and she offers some interesting philosophical insights.
Read more
2 people found this helpful
Helpful
Comment Report abuse

Blackbull
5.0 out of 5 stars Clear thinking on things Bovine
Reviewed in the United States on July 10, 2012
Verified Purchase
Exceptional writing on what is really Man's best friend (or was until we reduced them to a commodity). The history of the human/cattle relationship is truely amazing.
Read more
Helpful
Comment Report abuse

JB
3.0 out of 5 stars It's okay
Reviewed in the United States on July 9, 2013
Verified Purchase
The book was good, but I don't remember much of it. I had to get it for a class in college. The class I got this book for was a great class though, and the books the professor assigned were great, and this is one of them. I just don't remember the book in detail.
Read more
Helpful
Comment Report abuse

stanley ward
5.0 out of 5 stars I love it
Reviewed in the United States on September 9, 2014
Fun and interesting.
Read more
Helpful
Comment Report abuse
See all reviews