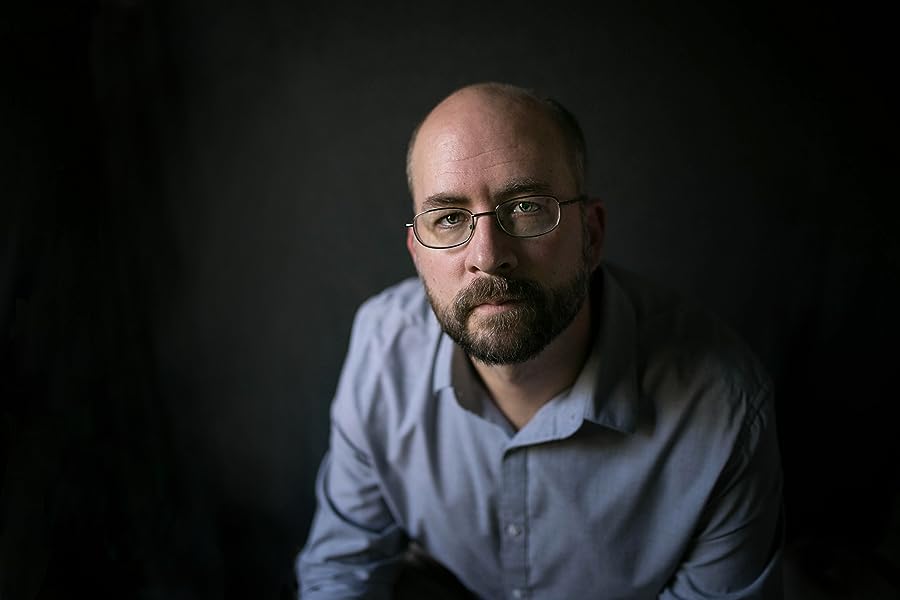 The author of the Amazon best-selling hardcover Batman: A Visual History, Matthew K. Manning has contributed to many comic books, including Beware the Batman, Spider-Man Unlimited, Pirates of the Caribbean: Six Sea Shanties, Justice League Adventures, Looney Tunes, and Scooby-Doo, Where Are You? When not writing comics themselves, Manning often authors books about comics, as well as a series of young reader books starring Superman, Batman, and the Flash for Capstone. He currently resides in Asheville, North Carolina with his wife Dorothy and their two daughters, Lillian and Gwendolyn. Visit him online at www.matthewkmanning.com.

Start reading Catwoman's Nine Lives (Batman: Comic Chapter Books) on your Kindle in under a minute.

CL
4.0 out of 5 stars Well-written and fun story about a favorite hero!
Reviewed in the United States on July 31, 2014
I received an eARC copy of this book from the publisher via NetGalley. Here is my honest review.

When I requested this book, I was expecting a comic so I was pleasantly surprised to see that it is a book with comic panels interspersed throughout.

Not being a Batman expert, I thought the story was well-written and portrayed the characters how I am familiar with them. I thought the panels of artwork were very well done. The writing is engaging and would be great for an advanced reader. As an educator, I appreciate the rich vocabulary used as well as the detailed descriptions and complex sentence structure. Netgalley noted that the book contained "visual discussion questions, and writing prompts to enhance visual literacy and improve critical reading skills." The questions are well-written and provide a great jumping off point that any parent or teacher could extend even further.

I enjoyed this book and would look for more books like it to share with my son and other young readers. I believe that children should always be able to just read something they enjoy; with this book, they will also increase their literacy skills through great writing and vocabulary.

Rosemary K.
4.0 out of 5 stars Great fun for intermediate readers!
Reviewed in the United States on April 22, 2017
Catwoman’s at it again. After giving Batman the slip during a chase, she comes home to find Penguin waiting for her, with a proposal – steal the Ventriloquist’s Dummy, Scarface. It will render him helpless and eliminate the competition he poses to Penguin. Never able to turn down the chance for a good score, Catwoman accepts, and touches off a war! The Ventriloquist wants revenge against Penguin, and Penguin has no intention of backing down. Will Catwoman turn to Batman for help, or will she allow a bloody crime war to rage unchecked?

This book is a fun read; a great combination of chapter book and graphic novel, it will hold readers’ interests with the fast-paced action and Luciano Vecchio’s intense art. Vecchio is well-versed in DC artwork, handling art duties on Beware the Batman, Young Justice, and the Green Lantern Animated Series. Matthew K. Manning, the Bat-scribe here, is a well-known comic writer whose work I really like; here, he doesn’t talk down or over his audience. He’s right where the kids need him to be, and, with Vecchio, creates a fun adventure.

Enhanced content, including comics terms and a glossary of words used in the story, and discussion questions, round out the book.
Read more
Helpful
Report abuse

Consulting Writer
4.0 out of 5 stars Good Transition Book For Young Readers
Reviewed in the United States on November 14, 2016
This was a fun and quick read. Any story with Batman and Catwoman is sure to be good and this one doesn't disappoint. Beautiful illustrations, good story line and characterizations. The story was well written and entertaining. It would be a great gift and read for young readers, as young as maybe 8 years old. I believe this book would be a good transition for a new reader. My son had difficulty getting into the enjoyment of reading, so I started him off with comic books. This book is like a blend of comic book and chapter book and would be a good fit to transition a reader like my son.
Read more
Helpful
Report abuse