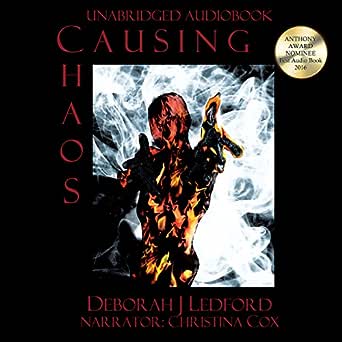 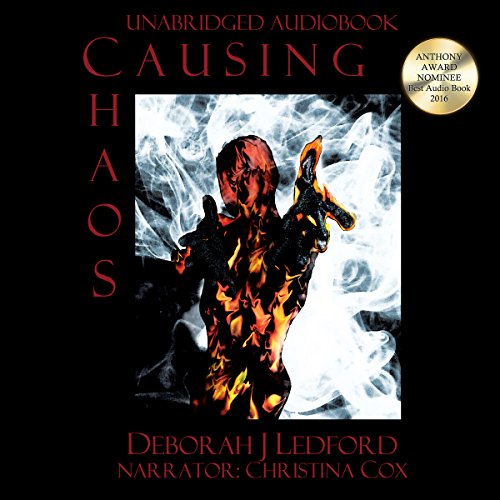 5.0 out of 5 stars
5 out of 5
9 global ratings
How are ratings calculated?
To calculate the overall star rating and percentage breakdown by star, we don’t use a simple average. Instead, our system considers things like how recent a review is and if the reviewer bought the item on Amazon. It also analyzes reviews to verify trustworthiness.
Top reviews

Senator
5.0 out of 5 stars Another Best Seller In Progress for Dehorah Ledford
Reviewed in the United States on June 8, 2015
Verified Purchase
Deborah Ledford is extremely well informed regarding law enforcement procedures. That allows her to be an excellent author of the genre. Her characters, Inola Walela and Steven Hawk, have great depth both as people and as cops. The story in Causing Chaos is on the money in all ways: police procedural, gifted writing and story telling (yes, there is a difference!) and another in a series that is causing Deborah Ledford's reputation to grow; to be a multiple best seller and writing award winner. Just know that you are getting yourself into novel that will keep you thinking and guessing the entire time you are reading it.
Read more
One person found this helpful
Helpful
Comment Report abuse

Sande Roberts
5.0 out of 5 stars A True Blockbuster
Reviewed in the United States on April 22, 2015
Verified Purchase
I waited, not patiently, for Causing Chaos to reach it's publication date, then had to pace myself, savoring it like fine chocolate. Deborah Ledford once again takes us on a thrilling adventure which had my pulse racing as I wanted to help Inola determine the good guys from the bad guys. Approaching the end I finally just turned my phone off and hid away to finish reading.
Read more
One person found this helpful
Helpful
Comment Report abuse

Shannon Baker
5.0 out of 5 stars Another great read
Reviewed in the United States on April 12, 2015
Verified Purchase
The fourth installment in this exciting, supsensful series will not disappoint. Inola races to save her childhood friend from being arrested for a murder she alone is convinced he didn't commit. The action sweeps the reader along and is hard to put down. Inola is a complicated character full of steely strength and unexpected vulnerability.
Read more
One person found this helpful
Helpful
Comment Report abuse

Mark P. Sadler
VINE VOICE
5.0 out of 5 stars dynamite blast of a thriller
Reviewed in the United States on April 9, 2015
I read “Causing Chaos” with wild abandon and can’t get the plot out of my head. If
Ledford’s fourth book is the first for you, it stands alone like every great novel in a series should.
But if you’ve read the first three, then you’ll find that as good as the others are, they were all a
giant foreshadowing for what takes place in “Causing Chaos,” when they all coming crashing
together.
Once again, we are drawn into Inola ‘Hummingbird’ Walela’s world, the lone Cherokee
female on the Bryson City Police Department. As she recovers from the death of her partner and
physical and psychological damage, Inola prepares for her final week on the force. She will soon
join her boyfriend, Sheriff Stephen Hawk, as one of his deputies in the Swain County Sheriff’s
department.
Inola’s last week on the job implodes when her childhood friend, Paven Nahar, breaks
out of jail where he was charged with the disappearance and probable murder of his wife Shellie.
Previously a suspect in the disappearance of three local women, known as the Qualla Ghosts,
Nahar is ‘in the wind’ again. The tribe on the rez will protect him and so it is left to the one
person that knows him the best to head up the manhunt.
Convinced of Paven’s innocence in the disappearance of the Qualla Ghosts, Inola is sure
of his innocence in the current case. When it is revealed that a local art dealer, Vandra Gudren,
and her companion, Konrad, had been at Paven’s home the evening his wife vanished, Inola’s
investigation leads her along that path. Dragged further into the case by a revelation that a past,
personal attack may have been the precursor to the all the missing women, Inola closes out her
week determined to bring all the cases to a head, no matter the consequences.
A standing round of applause for this dynamite blast of a thriller. Bravo!

Aaron P. Lazar
5.0 out of 5 stars Dark, Intriguing, Powerful Story - a must read!
Reviewed in the United States on February 8, 2016
(review for the audiobook)

I love books that linger in my mind and soul for days. That's the sign of a great story, isn't it?

Causing Chaos, by Deborah J. Ledford, is one of those books. I've listened to/read three of Ms. Ledford's novels before and always loved them. But this one really grabbed hold of my mind and heart. I do believe this author has written her most powerful novel to date.

Inola Walela is the half-Cherokee cop whose head we are in for the whole book. She's angry. Confused. Torn between two worlds. Worried about her heritage and Native American family and roots, yet devoted to her career as a policewoman. She's a dark, heroic character, full of negative thoughts, suppressing horrific memories, always angry...Yet her devotion to her childhood friend -- native name Falcon -- is deep and authentic when he is accused of his wife's disappearance and possible murder. Sure, she has doubts. She's human. She's a well-trained cop. But she does love Falcon and fights to find and help him.

I loved all the characters: Inola's solid, strong, life partner, Hawk; her feisty, mysterious grandmother with all the bad history they share; the adorable little Wren, so innocent and sweet as she flitted around Inola's grandmother's side; Traegger, Inola's adorable female partner who's about to become an FBI profiler (perfect complement to Inola's personality), but I especially loved Falcon (Paven Navar). Falcon really got to me, and I think part of it was through the brilliant narration that drew out his sense of confusion, innocence, and aching love for his missing wife.

My first impression of the narration by Christina Cox was that it was too low and dark, but in minutes I realized this is the perfect voice for Inola, It matched her thoughts perfectly, and when the new voices arrived--always consistent and always unique--I became a renewed fan of this actor. She did an outstanding job of infusing the appropriate emotion into each character, and she really seemed to link with Inola's spirit.

I'd like to thank Ms. Ledford for an outstanding listen. I received this book for free to review, but would have bought it instantly had I known about it first. Highly recommended listen/read!

Pat wakeman
5.0 out of 5 stars Inola does it again.
Reviewed in the United Kingdom on June 18, 2015
Verified Purchase
Another exciting story with Hawk and Inola, loved loved loved it. I really enjoy the Native American references throughout the book. Inola is stubborn and rash which often gets her into tight corners which she doesn't always come out of very well. Without giving anything away there were bits in this book that were sad and I must admit I had a lump in my throat. Just can't wait for book 5.
Read more
Report abuse
See all reviews