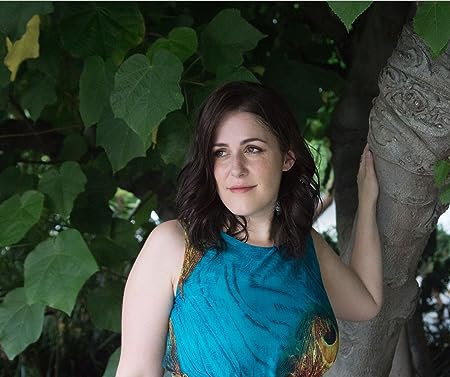 Cay Templeton grew up in the small, country town of Middletown, Maryland. The quiet gave her time to wander, think, and to listen. As Cay grew up, she learned to recognize the different sides people take: rich versus poor, liberal versus conservative, and—after she moved out to Los Angeles—city versus country. She holds an MA in creative writing from Wilkes University, and got to work on National Treasure 2, Book of Secrets after graduating. She continues to work in film and television alongside her work as a novelist.

Through her life, she learned that there’s never one side that has the full story. That theme of other perspectives runs through her signature twisted fairy tale series: The Second Side Series.

In each story, she takes a classic fairy tale and tells it from an unheard perspective. Her style is raw, like the original fairy tales themselves. She’s not afraid to sprinkle in white-knuckle tension, dashes of humor, and gripping drama. Her stories read like living fairy tales, a reminder that these stories are still growing and changing alongside us. Through it all, she lets these beloved, misunderstood characters do what they do best: tell their stories. 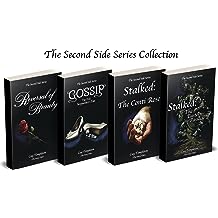 The Second Side Series Collection Nov 13, 2020
by Cay Templeton ~The Fairy Taler~
$35.00
These are the four books that will open your mind to a 'Second Side' of fairy tales.
Read more 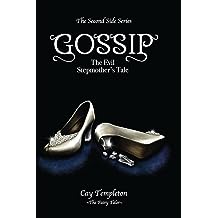 Gossip: The Evil Stepmother's Tale Jan 13, 2019
by Cay Templeton ~The Fairy Taler~
( 7 )
$7.99
Isabella has made her story known to the world as the ever-famous “Cinderella.” Once she was made Queen, no one dared to question her fantastical tale. More importantly, no one ever asked her evil stepmother, the Countess De Leon, what really happened in the house those many years ago. They never heard about Isabella’s strange cleaning habits, her overly indulgent imagination, or who her fairy godmother truly was. After seven years in seclusion, the Countess De Leon finally finds the opportune moment to tell her side the Queen’s very twisted tale.
Read more
Other Formats: Paperback 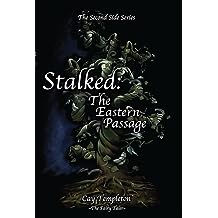 Stalked: The Eastern Passage Oct 29, 2019
by Cay Templeton ~The Fairy Taler~
( 1 )
$8.99
This is the 2nd book of the Stalked Trilogy. Jack is back and he has come for what is rightfully his!
Read more
Other Formats: Paperback 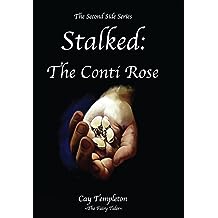 Stalked: The Conti Rose Dec 6, 2016
by Cay Templeton ~The Fairy Taler~
( 11 )
$8.99
The 1st of the Stalked Trilogy, Lady Sarah Levine was just a young noble woman from the farm town of Ditrum. When an invitation is issued from the Duke Emrick of Baldwin for all the available maidens to attend a festival he is hosting at his castle. Being from the southlands the Duke’s top General is sent to escort her to the ball. The first morning is when things become askew-An odd old woman in the woods gives her a jar of old beans. A giant General who has no care of words or feelings treats her as if she is a task to cross off his to do list.Her best friend, Jack, is following closely behind trying to save her from her dismal fate without him.She goes to a magical city in the treetops.A band of rebels capture her and drags her away from her trip.What Lady Sarah Levine doesn’t realize when she stepped foot out of her door that morning was she was at the beginning of one of the world’s most famous fairy tales.
Read more
Other Formats: Paperback 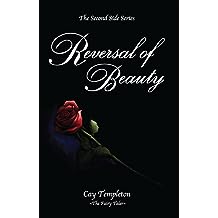 Reversal of Beauty Oct 11, 2016
by Cay Templeton ~The Fairy Taler~, Allegra Osati
( 6 )
$7.99
On her deathbed, Beast's governess makes him promise to save her spoiled daughter, Beauty, from herself. Beast is convinced that he can reform the cantankerous Beauty, and fall in love with him, saving him from his own curse of being a beast. This does not bode well for Beast's best friend and a servant in his castle, Camille, who has been in love with him for her entire life. Between Beauty's explosive temper tantrums and Camille's sharp tongue, the two are put on a collision course for disaster. Camille sparks the firestorm by stating to Beauty - "The only beast in this castle is you!" Can Beauty really change her spoiled ways and show that her beauty is not just skin deep?
Read more
Other Formats: Audible Audiobook , Paperback 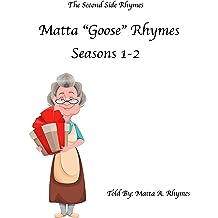 Matta "Goose" Rhymes wants to tell the world about the experiences she went through that later would become the ever-famous nursery rhymes of 'Mother Goose'!

Here are both seasons as of today!

If you enjoy reading these tales, this Fall ~The Fairy Taler~ will be reading Season 2 for FREE on the Second Side Rhymes Blog @ www.SecondSideSeries.com/blog