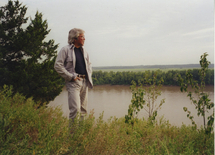 Celestial Mechanics: a tale for a mid-winter night Paperback – April 10, 2018

"In his fiction debut, Heat-Moon (Blue Highways) stages philosophical and spiritual debates in an elegant story of one man’s search for meaning in the cosmos. . . . This thought-provoking novel is rife with relatable and complex musings. Charming illustrations and quotes from songs and plays abound, rounding out the package." ―Publishers Weekly

“Philosophically rich story line. . . . An entrancing journey toward deeper insight into the cosmos, an exploration readers will share and savor with every masterfully crafted sentence. Highly recommended for fans of Heat-Moon and readers who enjoy philosophical fiction.” ―ALA Booklist

"The author of the best-selling travel memoir Blue Highways makes his fiction debut with this erudite novel that touches on a multitude of areas, including science, theology, philosophy, and psychiatry. . . . Definitely for fans of philosophical novels and Least Heat-Moon’s nonfiction.” ― ―Library Journal

"A road trip of souls. . . . William Least-Heat Moon has taken a story of people making choices incompatible with their own desires and natures and given us a travelogue of the spirit. The trajectories of these three people, each one trying to find their place in a cosmos crowded with distraction and uncertainty, reveal the geography of the self and the gravity of choice. In the end we’re offered a map of roads oft-traveled and too little remarked on the journey to hope.” ―The Proximal Eye

“Engaging, employing nonfictional devices to build a story that crosses the traditional boundaries of 'rationality and spirituality', "Celestial Mechanics" is a unique and extraordinary novel that is as entertaining as it is thoughtful and thought-provoking. As mysterious and stirring as a midnight snowfall, Celestial Mechanics invites the reader to ponder their role in the Universe along with the truth-seeking protagonist. Author William Least Heat-Moon is a novelist with a genuine flair for original and deftly crafted storytelling.” ―Midwest Review of Books

“A haunting love story that oscillates between dream and reality.” ―Stay Thirsty Media

“A complex and layered story. . . . The writing is lively and rewards the thoughtful, deliberate reader.” ―Missouri Life

“A tour de force . . . Many readers will experience what I have experienced ― expanding the mind to grasp what the author is teaching through his fiction.” ―Columbia Daily Tribune

“A sprawling, fantastical work about a man’s spiritual journey, Celestial Mechanics is the first novel by William Least Heat-Moon, who is well-known for his best-selling Blue Highways. CELESTIAL MECHANICS is imaginative work about a man’s quest for true connection.” ―Foreword Reviews

“Both a journey and the musings of a philosophical mind.” ―Kirkus Reviews

William Trogdon, who writes under the name William Least Heat-Moon, was born of English-Irish-Osage ancestry in Kansas City, Missouri. He holds a bachelor's degree in photojournalism and a doctorate in English from the University of Missouri. Among his writing credits, he is the author of Blue Highways, which spent 42 weeks on the New York Times bestseller list in 1982-83. William Least Heat-Moon lives and writes outside Columbia, Missouri.