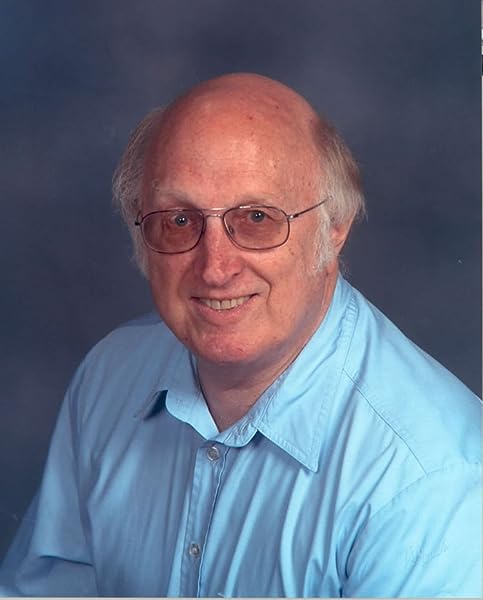 Do you agree that Christianity is more effective as a movement than as an institution in evangelizing non-believers? This book explains why that always has been true. Are you engaged in designing a church growth strategy? Rather than reinvent the wheel, learn from others. Study this account of an exceptionally coherent and effective strategy that won the west. --Lyle E. Schaller, Author

George Hunter III imaginatively applies what he takes to be the major themes of the Celtic Christianity practiced in the British Isles between the fifth and tenth centuries to the situation facing churches in the secularised western world today. --Ian Bradley, University of St Andrews

Dr. Hunter has written a rare manuscript in that it is both informative and interesting reading. Those of us who take the Great Commission seriously will learn from this scholarly effort why the old methods of evangelizing no longer work. --William H. Hinson, First United Methodist Church, Houston, Texas

George G. Hunter III is Distinguished Professor Emeritus of Asbury Theological Seminary’s School of World Mission and Evangelism, where he served as Dean for 18 years and Distinguished Professor for 10 years. He served as the founding dean of Asbury's E. Stanley Jones School of World Mission and Evangelism. A sought-after speaker and workshop leader, he is one of the country's foremost experts on evangelism and church growth. He has written over a dozen books, including How To Reach Secular People, Church for the Unchurched, The Celtic Way of Evangelism, Leading & Managing a Growing Church, Radical Outreach: The Recovery of Apostolic Ministry and Evangelism, Christian, Evangelical and . . . Democrat?, The Apostolic Congregation: Church Growth Reconceived for a New Generation, and The Recovery of a Contagious Methodist Movement—all published by Abingdon Press.

Start reading The Celtic Way of Evangelism, Tenth Anniversary Edition on your Kindle in under a minute.

4.5 out of 5 stars
4.5 out of 5
143 global ratings
How are ratings calculated?
To calculate the overall star rating and percentage breakdown by star, we don’t use a simple average. Instead, our system considers things like how recent a review is and if the reviewer bought the item on Amazon. It also analyzes reviews to verify trustworthiness.
Top reviews

Hening
5.0 out of 5 stars Absolutely Wonderful
Reviewed in the United States on February 14, 2017
Verified Purchase
This book, and the history it offers is simply terrific. Well written and very enjoyable for what could be a dry topic. There are plenty of terrible books out there that present a make-believe version of "Celtic" spirituality and Christianity, but this is the real deal. Inspiring vision of Irish monasticism and how both the community life and that of the hermits illuminated the population intellectually, spiritually and guided them towards inspiring the rest of Europe. If you want a good read on something "Celtic" and actually Christian, get this book.
Read more
5 people found this helpful
Helpful
Comment Report abuse

JRB STL
3.0 out of 5 stars More interesting ideas
Reviewed in the United States on January 7, 2014
Verified Purchase
I read this after reading Unbinding the Gospel by Martha Grace Reese which I think is the definitive, must read for those want to build a vibrant faith community. The author of this book bases his approach to evangelism to that he understands St. Patrick took when he successfully evangelized the Irish centuries ago. I must admit that this was a harder read than Unbinding and I found myself skimming through some sections but there were some very good ideas in amongst the history.

Hunter focused on the un-churched in a significant way. Unbinding hinted at it in some words to the effect that we as church people do not relate to the un-churched and do not understand them – and who after all are the audience for evangelism. He is more specific in his description with some of the following adjectives:

Peer driven, right brained, neo-barbarian, lacked the etiquette, the refinement, the class, and the other traits of “civilized people”, looking for life in all the wrong places…

His thesis is that the Irish of Patrick’s time were exactly the same and the same kind of approach that he (Patrick) used will be successful today. He speaks about the need for spirituality:
• Many church leaders have discovered an interest in Celtic spirituality because the spiritual formation crisis in the majority of active church members has become undeniable.
• The faith that is in many church attendees is as much American folk religion as Christianity… “What’s in it for me”
• So there is more interest today in the spiritual formation of the people of God than at any other time anyone can remember.

He then speaks to the "monastic communities" which he credits as the catalysts for successfully connecting with the Irish pagans:
The community incorporated:
• Voluntary periods of solitude.
• Having a “soul friend” with whom one had an intimate spiritual relationship.
• Small groups
• Common life, meals, work, learning, biblical recitation, prayers, ministries, worship
• Gaining experience ministry and witness, experiencing God’s presence, helping find spiritual vocation (gifts?)
• Frequent imaginative prayer in all settings

My major take from this book is that we need to understand that those who have not been part of the church community are understandably "different". He believes that we need to reach out to the un-churched with ideas like the following guiding principles:
• When the people know that the Christians understand them, they infer that maybe Christianity’s High God understands them.
• We need to address the middle level issues of life, not the basics or the transcendent. “Many people live much of their life anxious about the near future, the crises of their present live, and even the unknowns of the past. To be specific, the mother whose son faces a court trial, the laid-off father who cannot make the mortgage payment, the teen who experiences new hormones…
• The Celtic Christians “Christian faith and community addressed life as a whole” and did it well. “ It helped common people live and cope as Christians day by day in the face of poverty, enemies, evil forces, nature’s uncertainties, and frequent threats from many quarters.”

I see this as a supplement to Unbinding the Gospel with the same major themes but with a real emphasis on understanding the needs of those who are not part of the faith community.
Read more
6 people found this helpful
Helpful
Comment Report abuse

Maverick
5.0 out of 5 stars Insight for every church seeking to reach their neighbors
Reviewed in the United States on March 23, 2018
Verified Purchase
Dr. Hunter's exploration of the Celtic church's planting and spread is incredibly down to earth but insightful. He makes a compelling case for team based ministry that does the work to span the growing cultural gap between churches and the scores of "new barbarians" who fill out towns and cities. By engaging in conversation with them, understanding them, and then building upon what is already true, they can be reached. What we must do is put aside our desire for them to look just like us, and take the bold step to engage them in timely and relevant ways on their turf.
Read more
Helpful
Comment Report abuse
See all reviews

Richard M. Seel
5.0 out of 5 stars Celts 1, Romans 0
Reviewed in the United Kingdom on November 19, 2004
Verified Purchase
Fascinating book looking at the methods of missionaries like St Patrick, arguing that many of their methods are appropriate for a postmodern generation. Hunter shows the differences between the Celtic and Roman approaches and suggests that the Celts relied on hospitality and a group-based outreach. They were offering an atmosphere of constant prayer (though specific prayers for many of life's daily tasks), a radical understanding of the culture of those amongst whom they worked and an acknowledgement of the 'excluded middle' (from "The Flaw of the Excluded Middle" by Paul Heibert, Missiology: An International Review 10:1, 1982, which argues that enlightenment Christianity focuses only on earth (realm of reason) and heaven (realm of sacred) and ignores the middle ground (realm of superstition). Yet increasingly, the new age is offering people solace here. The church should offer authentic comfort by engaging with people where they are now, just as the Celtic missionaries did.
Richard Seel.
Read more
30 people found this helpful
Report abuse

Alec Dunn
4.0 out of 5 stars Book: The Celtic way of evangelism
Reviewed in the United Kingdom on January 18, 2013
Verified Purchase
The book was interesting and informative, and hopefully, will be useful to me in the future.
Thank you very much.
Read more
One person found this helpful
Report abuse

Marcus Orsi
5.0 out of 5 stars the secrets of the early Celtic church reveled
Reviewed in the United Kingdom on December 3, 2014
Verified Purchase
I was surprised and encouraged to read this book which bought a fresh perspective on the early church which appears to be much more relevant to us today than i would have imagined.
Read more
Report abuse

Cameron D.
5.0 out of 5 stars The best way to look forward is sometimes to look back!
Reviewed in Canada on November 24, 2017
Verified Purchase
The Celtic Way of Evangelism captures the captivating story of Patrick's missionary efforts in Ireland and transports his theology, methodology and strategy of ministry so that it can be recaptured by the Church. Through glazing backwards we are encouraged that the Western world can be responsive once again to the Gospel in the same way pagan Ireland once was!
Read more
Report abuse

bytheseashore
5.0 out of 5 stars I read and reread!
Reviewed in Canada on March 12, 2014
Verified Purchase
Love this book and the reminder to not get bogged down by details. Sharing your faith is as simple as being in community with others.
Read more
One person found this helpful
Report abuse
See all reviews

Page 1 of 1 Start overPage 1 of 1
This shopping feature will continue to load items when the Enter key is pressed. In order to navigate out of this carousel please use your heading shortcut key to navigate to the next or previous heading.
Back
Next
Pages with related products. See and discover other items: reach for the stars