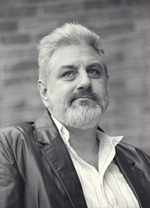 Superhero museum curator Piers Knight saves the world in the first two chapters of this sequel to 2010's Brooklyn Knight, but fear not, another apocalypse is on the way. This time it's dragons. Knight, his ex-girlfriend Tian Lu, and socially challenged museum intern George Rainert are snatched up by honest-to-gosh Men in Black and taken to Washington to begin planning their defense against the ancient creatures. Their weapons include magic powders, rail guns, missiles, geek energy, Web traffic, and Knight's sharp wits. The fast and furious action might make up for the occasional failings of fact (the Brooklyn Museum has not had a "magnificent stairway" since 1934), and the book concludes with Knight ready for the next disaster. (Mar.)
(c) Copyright PWxyz, LLC. All rights reserved.

The second in a promising urban-fantasy series continues the adventures of the Brooklyn Museum’s own answer to Indiana Jones, Dr. Piers Knight. It also continues his dealings with dragons. He discovers this when his old Chinese lover and fellow dragon expert marches back into his office and his life, which has already been complicated by a new intern who is apparently a supergeek. However, more than complications follow, as it turns out that the dragons are about to fight a war over the question of interfering in human affairs. This war might just lead to the destruction of the human race. Fortunately the combined resources of the good Knight, Dr. Tien, the intern, and certain figures in authority, allied with the leader of one dragon faction (and not the one readers will be expecting), stave off disaster for humanity—though not sorrow for Piers Knight. A gem—may it have many sequels. --Roland Green

“I know [Henderson's] expertise, his storytelling ability, and love of words. I believe you will enjoy this book.” ―William Shatner on Brooklyn Knight

“Henderson delivers an entertaining Indiana Jones-style adventure with snappy dialogue and intriguing characters. As a bonus, he throws in a number of real-life historical tidbits about New York, a city the author clearly loves.” ―Kirkus Reviews on Brooklyn Knight

“Comics writer Henderson revives the fast-paced action and smart, quippy dialog of the best pulp fiction in his urban fantasy debut, which features a truly likable hero, a resourceful and surprising heroine, and a plot that combines wizardly battles with today's headlines.” ―Library Journal on Brooklyn Knight

A comics writer for the past thirty years, C. J. Henderson has handled everyone from Archie to Batman, from the Punisher to Cherry Poptart. He has also written hundreds of short stories and thousands of non-fiction pieces. Henderson lives in Brooklyn.