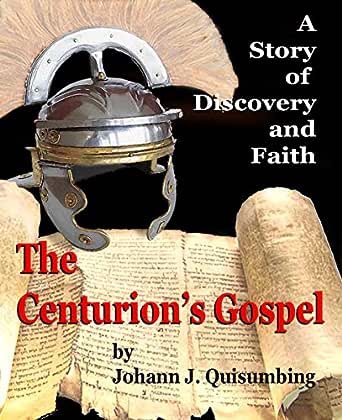 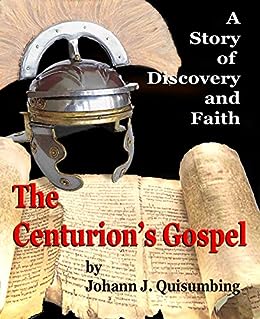 Joanne D. Wang
4.0 out of 5 stars Fun and inspiring insights into the political and military backstory of the synoptic Gospels!
Reviewed in the United States on January 7, 2018
Verified Purchase
A wonderful re-rendering of the Gospels from an atypical perspective! This thoughtful and well-annotated first novel provides a satisfying backdrop of additional characters and interesting motivations to the Good News that we all know and love. The detailed narrative provide plausible answers to so many of the questions and gaps left unresolved by the synoptic Gospels. Johann Quisumbing evidences the Holy Spirit's continuing activities in our modern world. Thanks for the fun read!
Read more
Helpful
Report abuse

Randall V. Griffin
4.0 out of 5 stars Excellent Retelling of Christ's Story from a Unique Perspective of a Roman Believer
Reviewed in the United States on February 22, 2018
The author's a real student of the Bible and he's found a very interesting way to retell the story of Christ from a different perspective. What he's done is taken an intriguing passage within Acts Chapter 10, about a believer who was a Roman centurion, Cornelius. The book itself then is sort of a prequel -- what series of events led up to a Roman becoming a believer? Basically, in Mr. Quisumbing's story, Cornelius had been interested as a youth in some aspects of the Jewish faith and then years later found himself stationed in Palestine and asked to be sort of an uncover agent keeping an eye on potential threats to Roman rule among the religious zealots. He never hid his service to the Roman guards or his interest in Jewish scripture, but he pretended to be more deeply a believer than he was -- until the miracles he was witnessing and the speeches and lessons he heard watching Jesus really did make him a believer.

I've read quite a lot of the Bible, but this book in particular makes me want to go back and read the prophesies of Isaiah. As a child, I learned about a of miracles performed during Christ's last few months, but in my memory many were all kind of lumped together into only a handful of stories, when the Bible actually mentions, and Mr. Quisumbing retells vividly, many more.

I had totally forgotten this particular chapter 10 of Acts, but on rereading it I realized it supports one of the fundamentally key tenets of Christianity that brought early Jews and non-Jews together,, and also addresses a very interesting issue that still separates current Jews and Christians. First, this is the chapter where it is absolutely nailed down that the belief in Christ and the promised resurrection and absolution of sins was for both Jews and non-Jews. This was a hugely controversial issue in the early days among the disciples before the faction that supported a broader interpretation that allowed Gentiles to be baptized won out. This same chapter is also where it is made clear that the old dietary restrictions that observant Jews still follow today are eliminated. "Surely not, Lord!” Peter replied. “I have never eaten anything impure or unclean.” The voice spoke to him a second time, “Do not call anything impure that God has made clean.” '