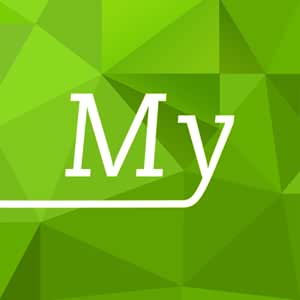 With the My CenturyLink app, you can manage your CenturyLink account on the go. View and pay your bill with convenience and ease, check your services, upgrade your Internet speed (if available in your area), and manage all of your settings. Visit Support to troubleshoot or optimize your service through self-help tools and videos. Get personalized alerts, so you can see the status of your order, or find out if there is an interruption to your Internet service, plus so much more!

Note for SimplePay Accounts:
SimplePay is new and is not yet supported in this app. However, we are actively working on better addressing the needs of SimplePay customers within the app. For the time being, our suggestion is to visit www.centurylink.com/mysimplepay to manage your account.

3.8 out of 5 stars
3.8 out of 5
70 customer ratings
How does Amazon calculate star ratings?
Amazon calculates a product’s star ratings based on a machine learned model instead of a raw data average. The model takes into account factors including the age of a rating, whether the ratings are from verified purchasers, and factors that establish reviewer trustworthiness.
Top Reviews

Mossydog
3.0 out of 5 stars Works, but ......
Reviewed in the United States on August 2, 2018
Verified Purchase
The app is ok, nothing particularly innovative, which I find odd for a tech company, but there is nothing at all confusing about using the app, it's straightforward. Installing it on the other hand, not so much. As I installed the app, it kept taking control and advancing to the next step in a jerky manner, without input from me. It decided to use my old password, and yet seemed to continue to demand I enter a new one. I aborted the installation twice, because it advanced without input from me, or explanation why it was doing what it was doing, and did so after asking me for input it didn't use. It was sort of like installing Windows 98, it automated everything, but didn't let you know that is what it was doing, and it often asked you to input data it had already installed by automation. Ultimately though, I got through it, maybe it was me being an old geek who assumed that I actually had to supply data that it asked for, instead of assuming that it didn't really mean it when it asked, but I don't think so. Anyway, after a confusing, but ultimately effective instal, it works fine.
Read more
3 people found this helpful
Helpful
Comment Report abuse

jdd
1.0 out of 5 stars Does not work on 5th gen fire tablet hd8
Reviewed in the United States on August 22, 2018
Verified Purchase
Wouldn't allow me to view it download my bill.
Read more
3 people found this helpful
Helpful
Comment Report abuse

Richard Collins
1.0 out of 5 stars Don't get
Reviewed in the United States on September 29, 2018
Verified Purchase
It does nothing. The old program had a way to test your speed.. This one doesn't.
Read more
2 people found this helpful
Helpful
Comment Report abuse

S. DAY
5.0 out of 5 stars VERY CONVIENANT
Reviewed in the United States on September 27, 2019
Verified Purchase
I LIKE BEING ABLE TO USE THIS APP TO PAY MY BILL WITHOUT GOING ONLINE TO LOOK FOR THE CENTURY LINK SITE. WORKS WELL
Read more
Helpful
Comment Report abuse

Amazon Customer
5.0 out of 5 stars That the app is connected with Amazon and it works
Reviewed in the United States on February 22, 2019
Verified Purchase
The my century link app was helpfu! In maintaining and fo!!owing my account with century link
Read more
One person found this helpful
Helpful
Comment Report abuse

jim
1.0 out of 5 stars An internet connection faster than 2.5 mpbs
Reviewed in the United States on May 13, 2019
Verified Purchase
Much like there internet service it stinks cuz I have tried to pay my bill twice & it keeps telling me there is a PROBLEM with my connection, I wonder why.
Read more
Helpful
Comment Report abuse

Carlos B.
5.0 out of 5 stars My balance and my bills
Reviewed in the United States on October 26, 2018
Verified Purchase
Take care of my payment on line
Read more
2 people found this helpful
Helpful
Comment Report abuse