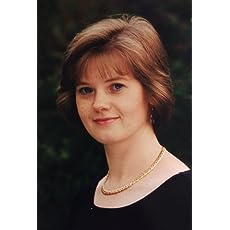 Ceri London writes a blend of high-powered science fiction and thriller filled with charismatic but believable characters that show the human psyche at its best and worst. Her exciting War of Ages series confronts the military mindset with hard science, metaphysical powers, and political intrigue to uncover an ancient truth that spans a universe of space time. 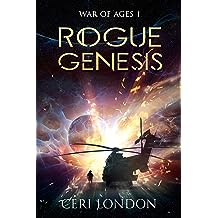 One man. Two worlds. The chains of command only stretch so far.

He’s a conduit to alien invasion. A security threat. To the same country he swore to defend from its enemies. Enemies both foreign and domestic. Hard to tell the difference once his growing powers unleash the ancient truth. Time to go rogue.


Niall Kearey is US Air Force. Special Forces. His job to save lives. On Earth. Not on Astereal, a world across the universe. He’s not insane. Except the hazy threads of a childhood dream keep intruding on his life. Creating havoc. The reason he’s alive beyond all reasonable expectations. And now these aliens won’t be denied. To the humanoid telepaths of Astereal, Niall’Kearey is legend, a military leader in a war dating back to ancient times. Now dark stars are tearing Astereal apart and prophecy says he can save them. From an apocalypse.

On Earth, Niall’s growing psychic abilities have attracted unwanted attention, exposing his family to danger. A rescue attempt results in catastrophe. His secret is out and his life shattered. Then, with alien invasion a real threat, the US government designates him a security risk as a secret political conspiracy seeks to control both him and this first contact with extra-terrestrials.

Niall is torn between protecting his loved ones, saving an alien race, and his duty to Earth, but when history opens his eyes to the full potential of his latent powers, he finally confronts the disturbing scale of his dilemma.

Note: Rogue Genesis is the first book of four in Ceri London’s War of Ages , a series originally titled Shimmer in the Dark.

What Readers are saying:

“A new plot, not a rehash of an old story with sufficient Sci-Fi for lovers of that genre, but adding the pace and twists and turns of a classic thriller. Fans of Lee Child will love it. Ceri London amalgamates the genres most successfully with no lulls in the action and an engaging central character. A difficult book to put down and an author to watch out for.” - Gerard

“everything that London writes is so very gut-wrenchingly believable in so many ways. So real within the fiction that she creates. Amidst the black holes, space-time jumps, dark matter universes and other fascinating and well researched portions of the book, London delves into the human psyche, and lays bare its soul.” - Leiah

“In some SFF, the science part is a story element used as a setting or a device to keep the plot moving forward. Then there are the tales where the science is integral to the story, almost like another main character. Rogue Genesis is the latter, the kind of science fiction where I found myself googling terms like geo-magnetic flux and ley lines in my spare time. But lest you be frightened away by the science, fear not, good reader! The story of Major Niall Kearey, USAF, is a great read with lots of well-developed characters and military-political intrigue.” - David Bruns

“Wow! I couldn’t put the book down. 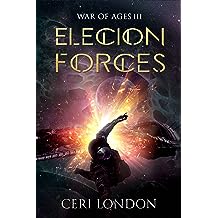 Niall has left his world, his family, his friends, his mission now to destroy Balor. One mistake has the potential to unravel the course of human evolution, but destiny has converted him to its cause.


Trapped in Earth’s past, he abandoned everything. Everyone. Thought he could bridge a dark star and destroy Balor in its own lair. Stop Balor’s warlord before Lugus attacked Earth a second time.

Now he’s trapped inside a kill zone of his own making, a stranger in an alien universe, trading on higher order talent to mitigate the death piling up around him. Living under cover for fear the wrong memory enters the memory stream and betrays Earth’s existence to Balor before the proper time.

Amidst the chaos, one voice speaks up for him. A young visionary he’s brought nothing but pain, and yet this young girl believes only he can save her.

This is how destiny works, see.

Forces a path with no escape. He can hide, practise deceit, and fight, but destiny will always hunt him down. Raise him high and slay him low until one day, new memories drown out the old. Now he’s building a life in this strange new world, a life with people he cares for and responsibilities. Command.

Very soon, the entire galacticus will know his name. And so will Balor.


Note: Elecion Forces is the third book of four in Ceri London’s War of Ages, a series originally titled Shimmer in the Dark. 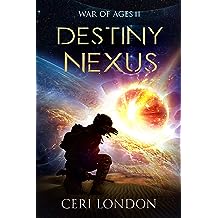 “This man isn’t the exclusive property of the US any longer. He is answerable to the world.” How far can one man travel to preserve a world that has turned on him?

Major Niall Kearey is the only man capable of bridging space-time to create portals across the known universe. His government and the US military exploit his abilities, a secret society incites global unease in a bid to control him, and the alien refugees he smuggled to Earth revere him as the fulfilment of ancient prophecy.

Under threat of exposure, a potential one-man weapon of mass destruction, Niall and his family are forced back into hiding. Struggling to protect his wife and children, honor his oath to God and country, Kearey discovers he’s attracted the attention of a devourer of worlds – the legendary Balor – an enemy so powerful it enslaves or destroys everyone in its path.

The world needs Niall Kearey and his abilities, but the shady politics and dirty maneuvring of Earth’s power-brokers have tied his hands. Shackled by the unceasing suspicion and assaults on his liberty, Niall desperately seeks a means to protect planet Earth against the ancient predator hunting him down. Whether Balor’s purpose is Apocalypse or invasion, the threat escalates as Niall realizes the answer to the future lies in the past—his past.

Niall must accept his destiny as the nexus – a magnet for destructive forces and possibly mankind’s last hope for salvation.

An exploration of love and betrayal with the high-octane pace of military thriller, Destiny Nexus stretches a man’s moral fiber to breaking point and changes him forever. This action-packed sequel continues the epic space opera saga introduced in Rogue Genesis.

Grab your copy of this breath-taking, dramatic scifi thriller, the second novel in the War of Ages series!

Note: Destiny Nexus is the second book of four in Ceri London’s War of Ages, a series originally titled ‘Shimmer in the Dark’.

What Readers are saying:

“Skillfully written, the plot twists and jumps, with imaginative creative ideas. The characters function as real ‘people’, interacting within such a current reality that I caught myself expecting to hear something on the news.” - skd 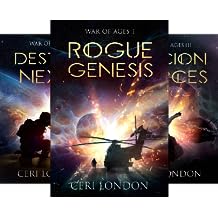 He’s a conduit to alien invasion. A security threat. To the same country he swore to defend from its enemies, both foreign and domestic. And then to the world. When Niall's growing powers unleash an ancient truth, it's gets harder to tell friend from foe.

Ceri London writes a blend of high-powered science fiction and thriller filled with charismatic but believable characters that show the human psyche at its best and worst. Her exciting War of Ages series confronts the military mindset with hard science, metaphysical powers, and political intrigue to uncover an ancient truth that spans a universe of space time.

War of Ages (originally titled Shimmer In The Dark is a series of four volumes. Volume IV is still to be published.