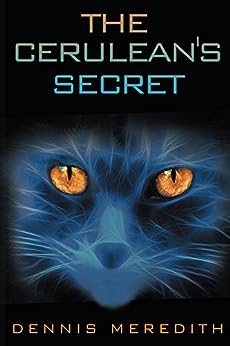 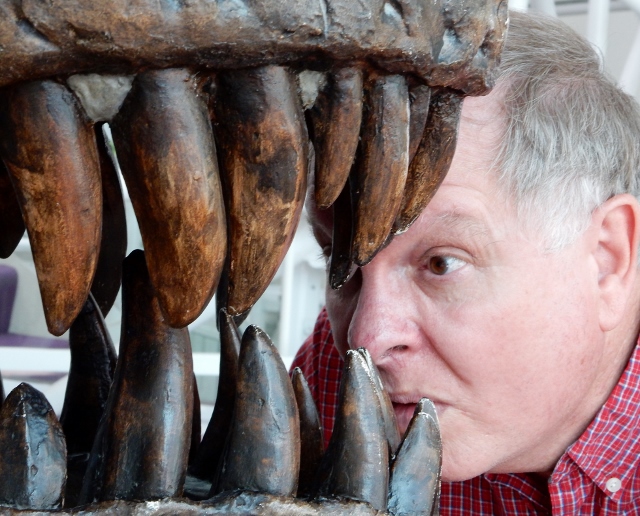 The Cerulean's Secret had its origins thirtyyears ago, when an oddball question popped into my head: What if there were ablue cat?

I suspect that notion arose because, at the time, as head ofthe Caltech news bureau, I was witnessing the beginning of the genomicengineering revolution. Caltech biologist Leroy Hood and his colleagues were inventingthe first "gene machines:" the DNA sequencer, DNA synthesizer, proteinsequenator, and protein synthesizer. I believed that these machines would ultimatelyspawn an extraordinary technology for manipulating the genome.

As the technology evolved, so did the story of myimaginaryblue cat. I began crafting the novel some two decades ago, as genomicsciencefiction became science fact. And as with all my novels, I drew on thatscience fact to inspire my fictional adventure, to try to make it asrealistic as possible.

DENNIS MEREDITH brings to his novels an expertise in science from his career as a science communicator at some of the country's leading research universities, including MIT, Caltech, Cornell, Duke and the University of Wisconsin.

Kae Bender - Editor and Writer
5.0 out of 5 stars You'll want the Cerulean Cat!
Reviewed in the United States on October 29, 2016
Verified Purchase
I can see why everyone is after the Cerulean Cat! From the first moment, this non-stop world glows with images that draw you in without bogging down the action. The premise, based in scientific reality, is fascinating and cautionary without preaching the point. The plot has solid backstories for characters' helpful proficiencies as well as logic-driven twists as the climax unfolds. I'm not just enamored of the Cerulean Cat, I'm a new Dennis Meredith fan.
Read more
One person found this helpful
Helpful
Report abuse

Don K
4.0 out of 5 stars Loved This Book
Reviewed in the United States on June 10, 2015
Verified Purchase
I got this book on a whim for the Kindle. I had never heard of it before. I liked it quite a bit. The story can be somewhat slow in the very beginning, but I could pictures myself in many of the scenes with the characters. It was one of those types of books that I felt like I was living in the book rather than just reading it. I am very glad I decided to download this and I have recommended it many times to other people.
Read more
One person found this helpful
Helpful
Report abuse

Altaretta
5.0 out of 5 stars Vivid imagery and engaging characters
Reviewed in the United States on September 29, 2016
Verified Purchase
Morrison's portrayal of the future paints wonderfully imagined characters in a world that is a warning of the power of the internet and all that evolved. His imagery describes fantastic pictures while telling an exciting mystery with villains and cyber monsters and genetic meddling. And a cat, but what a cat.
Read more
Helpful
Report abuse

Kindle Customer
5.0 out of 5 stars Just a cat?
Reviewed in the United States on April 16, 2015
Verified Purchase
Who would have guessed that driving a taxi would be the start of such a mind blowing adventure. Fast paced futuristic world where nothing and no one is what it appears - will keep you turning the pages of this story to its amazing ending.
Read more
3 people found this helpful
Helpful
Report abuse

Ed Golden
4.0 out of 5 stars No "blues" here!
Reviewed in the United States on November 28, 2016
Verified Purchase
A light, fast read with the usual assortment of baddies, along with a truly unique cat helping out the hero at odd but important times. Solid characterization (with a few surprises as a bonus) and good timing.
Read more
Helpful
Report abuse

Marilyn Bailey
5.0 out of 5 stars Crazy fast fun
Reviewed in the United States on February 23, 2015
Verified Purchase
This is a over the top Fast and fun adventure A new approach to Syfy I loved the story great ending
Read more
One person found this helpful
Helpful
Report abuse

chbrown21
5.0 out of 5 stars Great rainy day read
Reviewed in the United States on February 28, 2015
Verified Purchase
A fun read with a twisty ending
Read more
One person found this helpful
Helpful
Report abuse
See all reviews
Back to top
Get to Know Us
Make Money with Us
Amazon Payment Products
Let Us Help You
EnglishChoose a language for shopping. United StatesChoose a country/region for shopping.
© 1996-2021, Amazon.com, Inc. or its affiliates