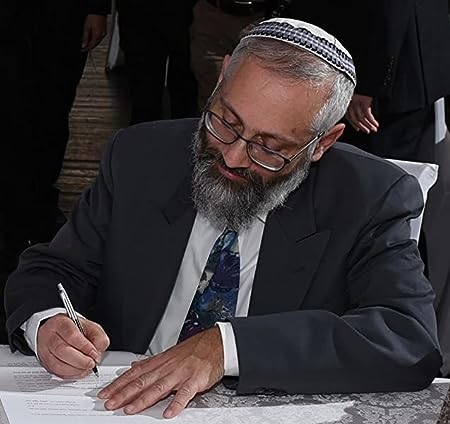 "If we could grasp all of reality, from the beginning to the end of time, we would see everything as beautiful." --Rabbi Abraham Isaac Kook

Rabbi Chanan Morrison grew up in Pennsylvania, USA, and graduated with a B.A. in Mathematics from Yeshiva University (New York). He then pursued advanced Talmudic studies in Israel, studying for seven years in Jerusalem yeshivot, including the famed Yeshivat Mercaz HaRav founded in 1924 by Rav Kook. He currently lives in a community in the Judean Desert with his wife and children.

Rabbi Morrison was a finalist in the 2010 National Jewish Book Award in the category of Modern Jewish Thought and Experience. 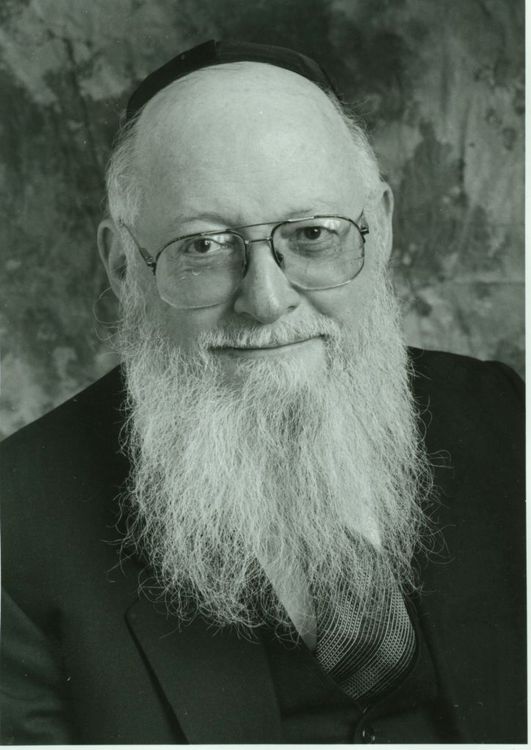 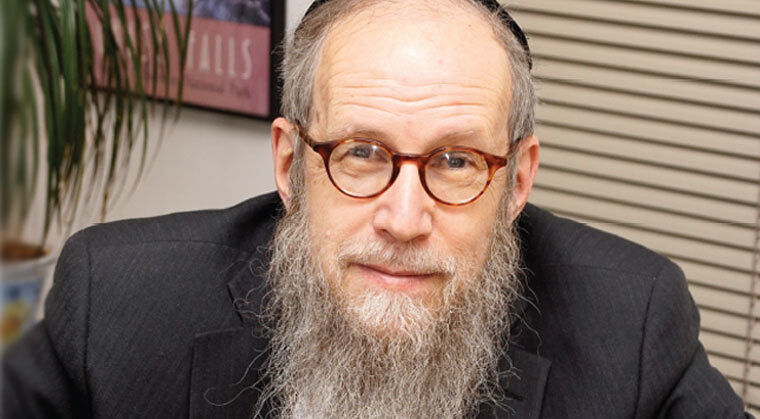 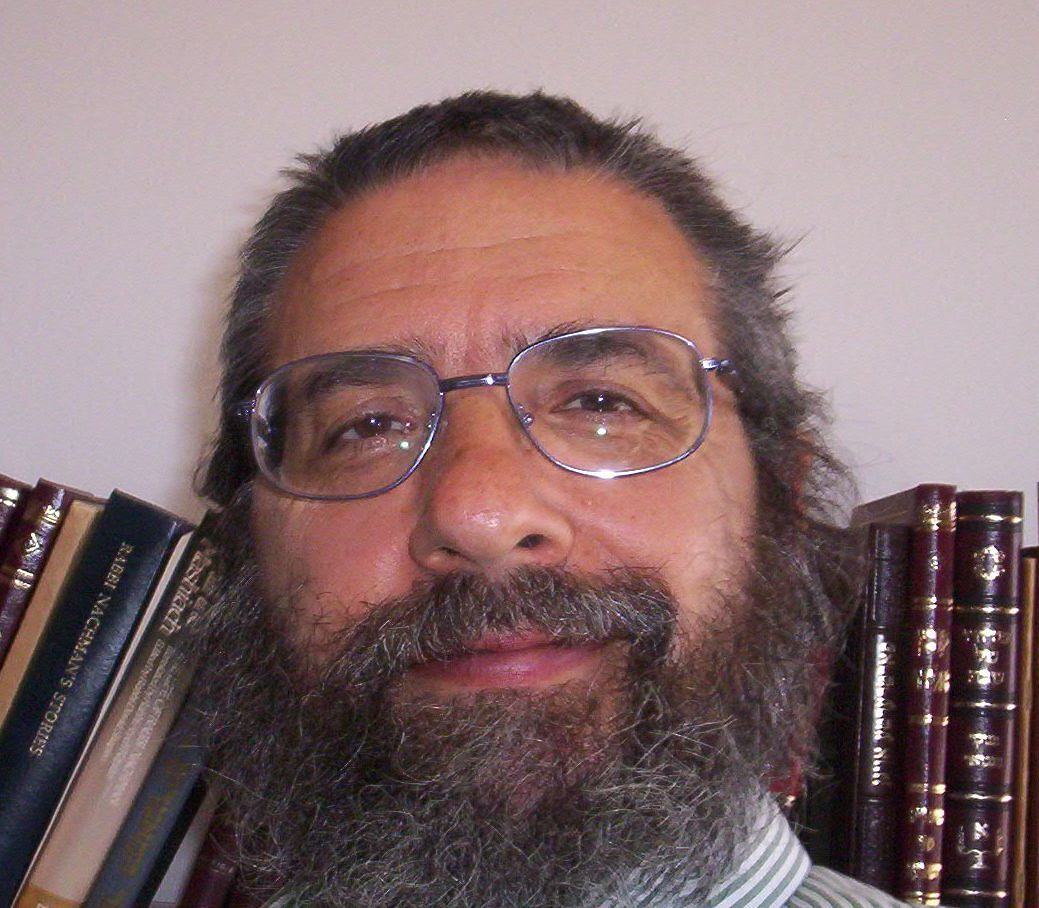 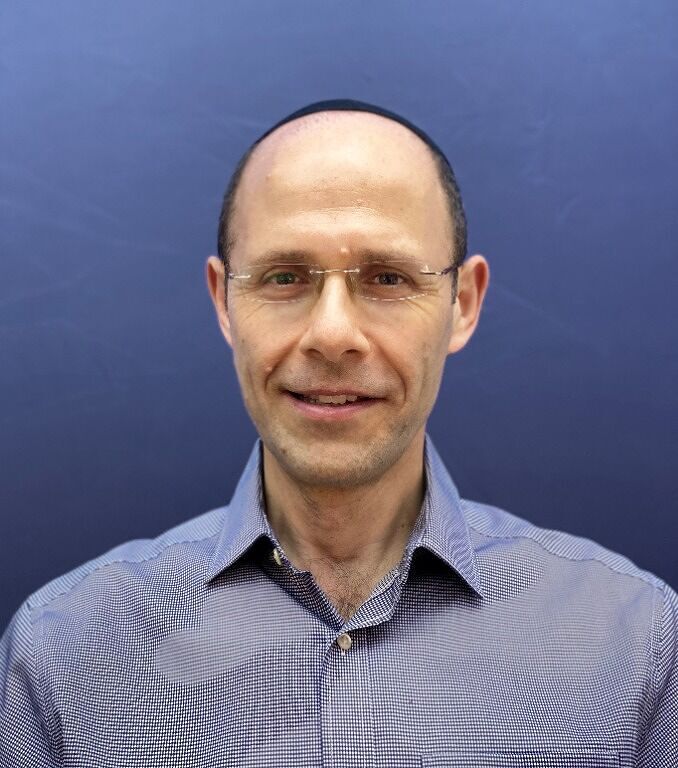 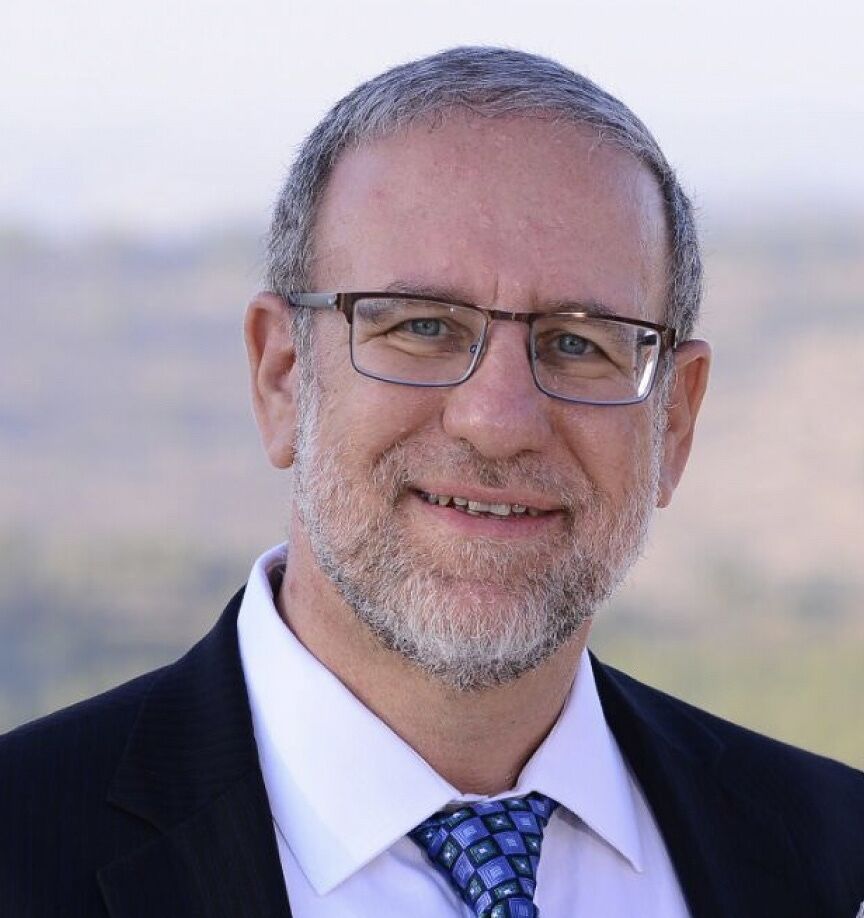 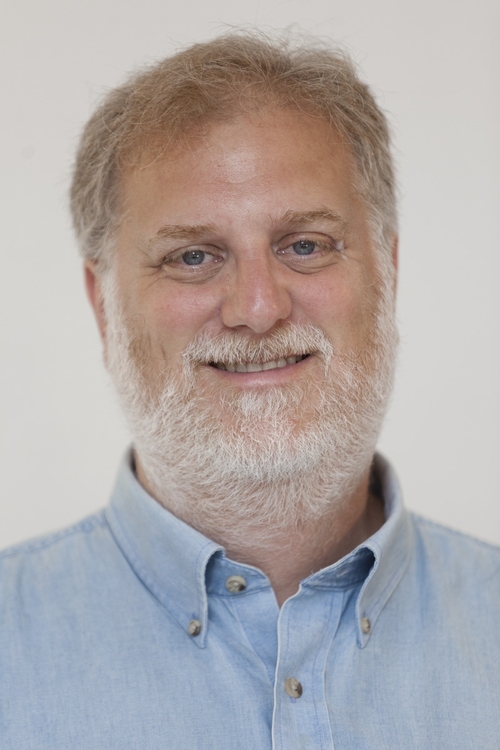 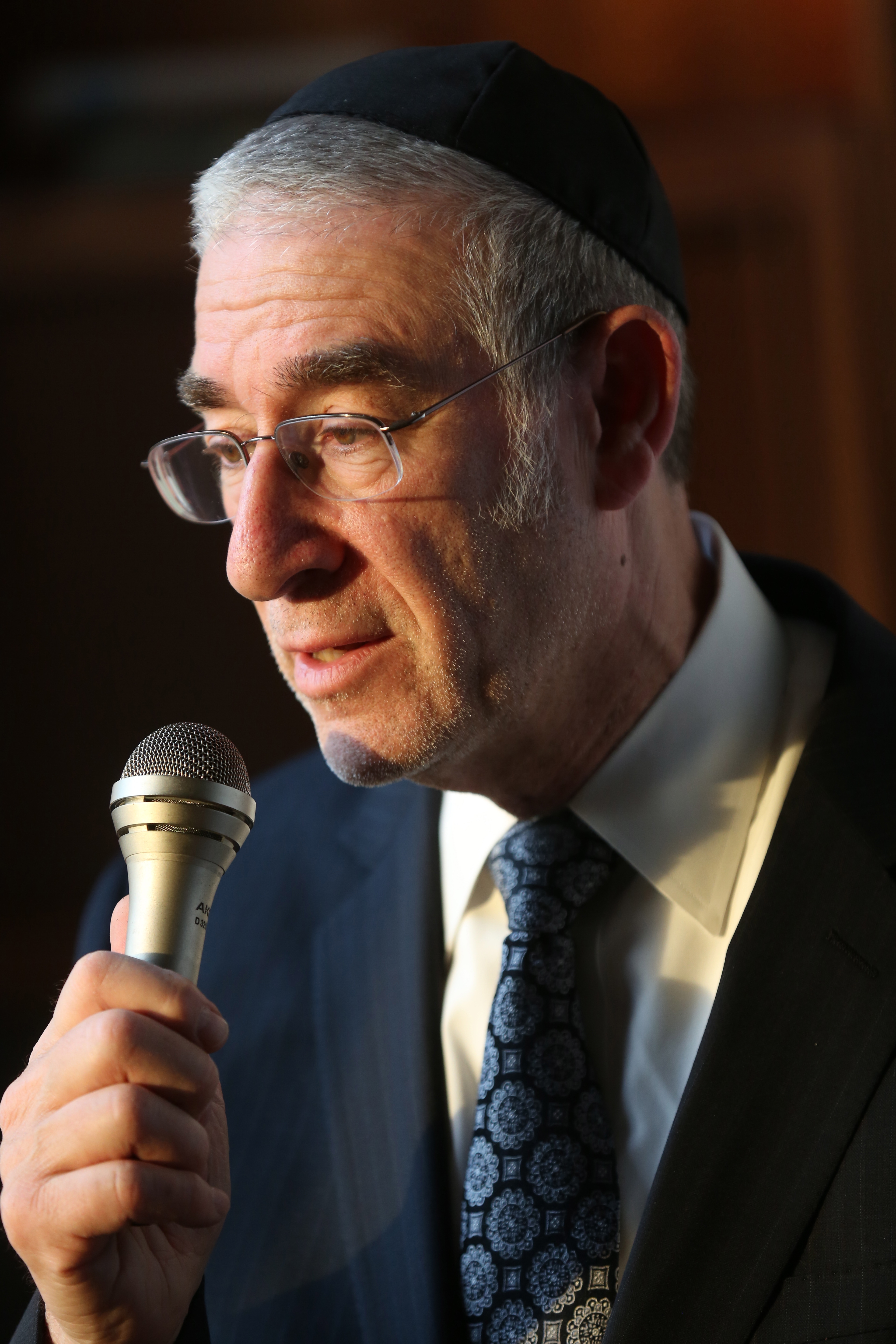 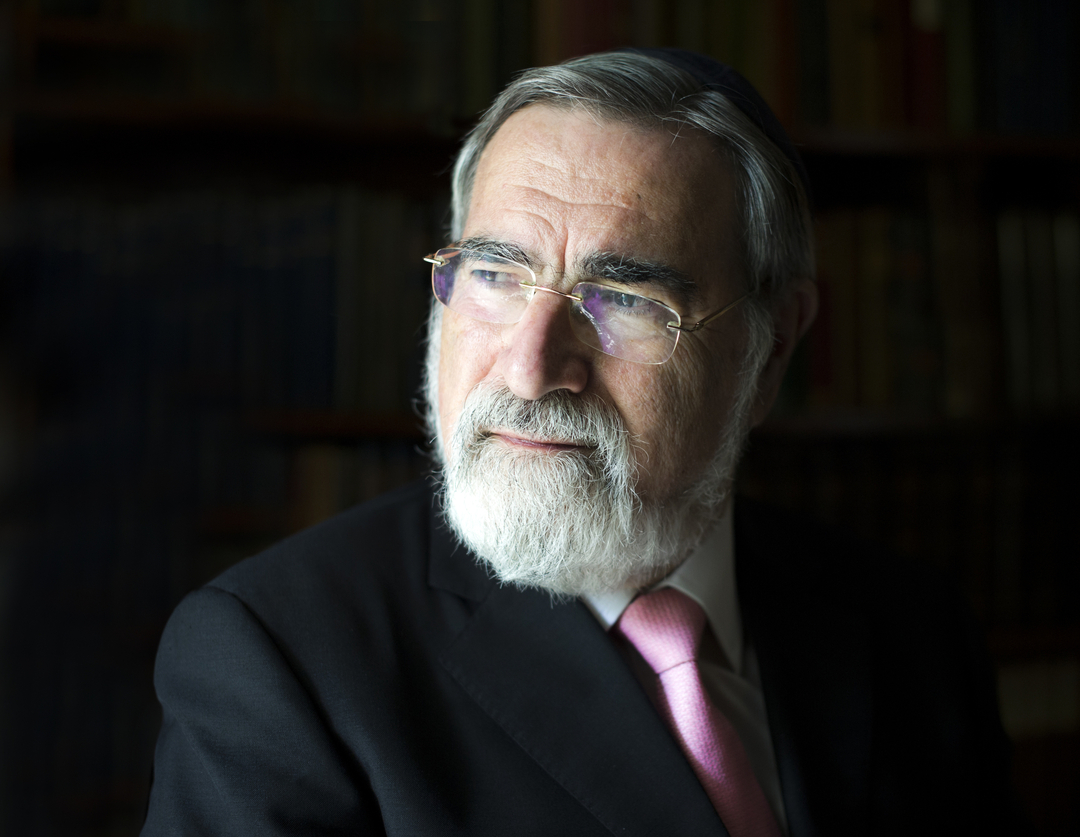 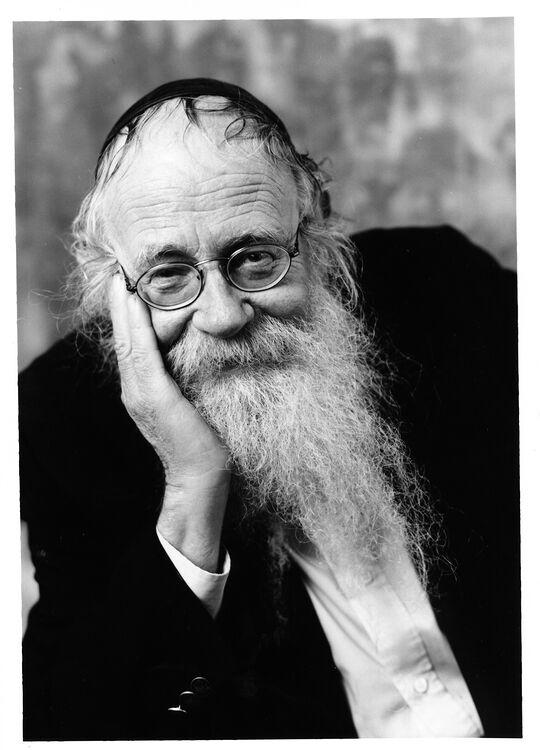 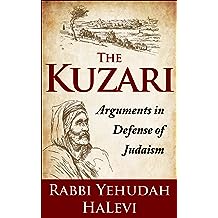 The Kuzari: Arguments in Defense of Judaism Jan 9, 2014
by Rabbi Yehudah HaLevi, Chanan Morrison
( 34 )
$4.99
”The Kuzari is one of the most important works in the history of Jewish thought. Although close to a thousand years have passed since its composition, it is still very relevant.” -- Rabbi Itamar Eldar


The king of Khazaria is deeply troubled. He is devoted to the pagan religion of the Khazars, but in his dreams, an angel tells him that his actions are not pleasing to God. Spurred by the dreams, he decides to examine the various philosophical options available to him. After listening – and rejecting – proponents of Christianity and Islam, he calls for a rabbi to present his religion and beliefs.


The king has low expectations. “I had already decided not to question a Jew, because I am aware of the Jews’ reduced condition and deficient beliefs. Their misery has left them nothing commendable.” How will the rabbi present his religion and defend the principles of his faith?

The Kuzari is a classic work of Jewish philosophy, written in 1140 by celebrated Jewish poet and philosopher Rabbi Yehudah HaLevi. His goal was to defend Judaism against attacks from philosophers, Christian and Muslim theologians, and Karaites.


The book takes the form of a dialogue between the pagan king of the Khazars and a Jewish scholar who was invited to instruct him in the tenets of the Jewish religion. It is based on the true story of the conversion of the Khazar royalty and aristocracy to Judaism in the 8th century.

Rabbi Yehudah HaLevi wrote his magnum opus in Judeo-Arabic, the Arabic dialect spoken by Jews living in the Arab world. This English translation is based on Rabbi Yitzhak Shilat’s faithful translation into Hebrew, Sefer Ha-Kuzari: Precise Hebrew Translation in the Style of the Period of Its Composition.

The book includes a biography of Rabbi Yehudah HaLevi and a summary of the central arguments of The Kuzari.

"In defending Judaism... against the philosophers, he was conscious of defending morality itself and therewith the cause, not only of Judaism, but of mankind at large." --Leo Strauss


“The Kuzari is the beginning, the foundation. From here you will build your world of faith.” -- Rabbi Tzvi Yehudah Kook 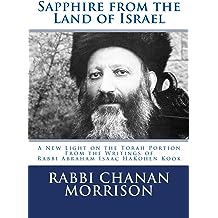 Sapphire from the Land of Israel: A New Light on the Weekly Torah Portion from the Writings of Rabbi Abraham Isaac HaKohen Kook Aug 22, 2013
by Chanan Morrison, Abraham Isaac Kook
( 30 )
$5.49
Sapphire from the Land of Israel brings texts from Rav Kook's writings that deepen our understanding of each Torah portion, while providing a window into Rav Kook's thought. Rabbi Morrison's explanations are clear and meaningful, offering lessons that impact our religious and practical lives. -- Rabbi Shmuel Jablon

Because of their poetic and mystical nature, Rav Kook’s writings are difficult even for readers who are fluent in Hebrew and rabbinic texts. Sapphire from the Land of Israel uses a clear, succinct style to provide the reader with a window into Rav Kook's original and creative insights.

A companion volume to "Gold from the Land of Israel," this book presents more of Rav Kook's thoughts on the weekly Torah reading (parasha). It elucidates his views on many topics, including:

Why do we find different names for God in the Torah?Why are first-born donkeys holy?Why did the Torah need to give doctors permission to heal?If "eye for an eye" means monetary compensation, why does the Torah not say that explicitly?Why are only kohanim allowed to serve in the Temple?Why doesn't the Torah explicitly state where to build the Temple?

Rabbi Abraham Isaac Kook (1865-1935), the celebrated first Chief Rabbi of pre-state Israel, is recognized as being among the most important Jewish thinkers of all times. His writings reflect the mystic s search for underlying unity in all aspects of life and the world, and his unique personality similarly united a rare combination of talents and gifts. Rav Kook was a prominent rabbinical authority and active public leader, but at the same time, a deeply religious mystic. He was both Talmudic scholar and poet, original thinker and saintly tzaddik.
Read more
Other Formats: Hardcover , Paperback 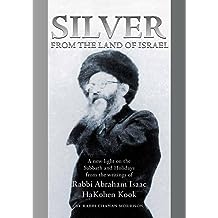 Silver from the Land of Israel: A New Light on the Sabbath and Holidays from the Writings of Rabbi Abraham Isaac Hakohen Kook Nov 15, 2010
by Chanan Morrison, Abraham Isaac Kook
( 34 )
$4.99
"Such an uplifting collection of essays... a wonderful gift."
--Douglas Wertheimer, Chicago Jewish Star

Because of their poetic and mystical nature, Rav Kook's writings are difficult even for readers who are fluent in Hebrew and rabbinic texts. Silver from the Land of Israel uses a clear, succinct style to provide the reader with a window into Rav Kook's original and creative insights.

A companion volume to Gold from the Land of Israel on the Torah, this book presents Rav Kook's thoughts on Shabbat and Jewish holidays. It elucidates his views on many topics, including:

How is the Sabbath like a bride?
What is the inner meaning of the shofar blasts?
Why are we instructed to drink on Purim?
What were Rav Kook's views on secular Zionism?
Why do we need both an oral and written Torah?
Why must the Jewish calendar be set in the land of Israel?
Why does a Jewish king need his own sefer Torah?
Why is the Temple so central to Judaism?

"Rabbi Morrison presents these lessons in easy to read language... they are gems that will delight." --Rabbi Israel Drazin
Read more
Other Formats: Hardcover , Paperback 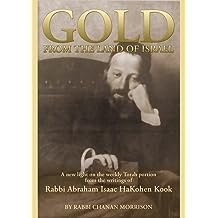 Gold from the Land of Israel: A New Light on the Weekly Torah Portion from the Writings of Rabbi Abraham Isaac HaKohen Kook Apr 28, 2011
by Chanan Morrison, Abraham Isaac Kook
( 41 )
$5.99
"Inspiring! This book is truly wonderful. Rav Kook zt"l is one of the most important Jewish thinkers and leaders of the last century... This book makes his words accessible and understandable. I highly recommend it."
-- Rabbi Shmuel Jablon

Rav Kook's writings, due to their poetic and mystical nature, are difficult even for those fluent in Hebrew and rabbinical texts. Gold from the Land of Israel uses a clear, succinct style to grant the reader a window into his original and creative insights.

This book elucidates his thoughts on many fascinating topics in the format of a commentary to the Torah portion. Discussed are subjects such as:

Can we reconcile the Torah's account of creation with modern science?
What is the Torah's view on vegetarianism?
What is the purpose of death?
Why do bad things happen to good people?
Why do we have dreams?
Will the Third Temple have animal sacrifices?
How can one attain joy in serving God?
How should we balance our time between Torah study and work?

"Rav Chanan Morrison explains Rav Kook's Torah like no one else... Purchase this book if you truly want to understand Rav Kook and bring the fulfillment of his teachings into your heart." -- Yoely Zipkin
Read more
Other Formats: Hardcover , Paperback 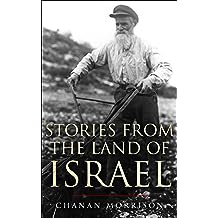 Stories From the Land of Israel Dec 30, 2014
by Chanan Morrison
( 19 )
$2.99
“A must-read for all interested in Jewish spirituality and its significance for life in contemporary Israel.” —Prof. Mel Alexenberg

It was 1913, in the town of Rehovot. A group of rabbis had gathered to discuss the sorry state of religious life in the Land of Israel, especially in the young farming communities in the north. But Lipkovitz had little patience for the rabbis’ endless discussions.

“You speak of desecration of Torah and mitzvot?” he exploded. “Rabbis are firefighters! Go put out the fires! What are you doing sitting around here?”

For several years, Rabbi Kook had toyed with the idea of a tour of the northern communities. But how to reach out to these non-religious settlers? How to bridge the rift between the traditional world of Jewish observance and this new world of young Zionist pioneers?

“Stories from the Land of Israel” weaves a series of inspiring events in the lives of two saintly and beloved scholars – Rabbi Abraham Isaac Kook and his son, Rabbi Tzvi Yehudah Kook. These biographical stories are set against the backdrop of the historic upheavals and triumphs of the Jewish people in the past century, as they returned to their homeland and established an independent state. We gain insight into the rabbi’s rare qualities of spirit, their overflowing love for the Jewish people and the land of Israel, and their rare ability to bridge the religious-secular divide. These inspirational accounts reveal a spiritual dimension in the recent history of Israel and the Jewish people.

"This account reveals vital dimensions of Rav Kook's personality and shows how the force of his personality, just as much as the power and profundity of his writings, account for his enduring influence." --Rabbi Yedidya Sinclair

"These tales about Rav Kook inspire us to live with purpose, to serve from the heart, and to lead from the soul." -- Rabbi S. Yanklowitz 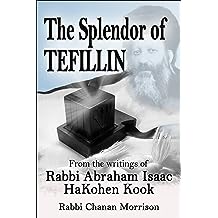 The Splendor of Tefillin: Insights into the Mitzvah of Tefillin from the Writings of Rabbi Abraham Isaac HaKohen Kook May 25, 2011
by Chanan Morrison
( 45 )
$0.99
"Well written and concise. This book makes the mitzvah of Tefillin so much more meaningful. Highly recommended reading." --Robert Weiss

What are tefillin? What is their deeper significance? How can we bind our hearts and souls to God, as we bind these these scrolls to our arms and heads? Nine insightful essays on the mitzvah of tefillin, based on the writings of Rabbi Abraham Isaac HaKohen Kook.

Rabbi Abraham Isaac Kook (1865-1935), the celebrated first Chief Rabbi of pre-state Israel, is recognized as being among the most important Jewish thinkers. Just as his writings reflect the mystic s search for underlying unity in all aspects of life and the world, his unique personality united a rare combination of talents and gifts. A prominent rabbinical authority and active public leader, Rav Kook was, at the same time, a deeply religious mystic. He was both Talmudic scholar and poet, original thinker and tzaddik.
Read more
Other Formats: Paperback