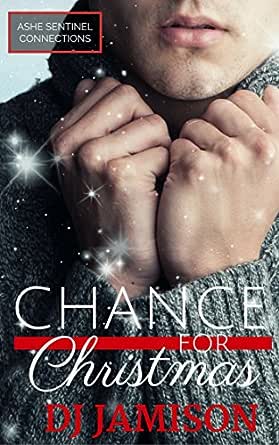 You've subscribed to Ashe Sentinel Connections! We will preorder your items within 24 hours of when they become available. When new books are released, we'll charge your default payment method for the lowest price available during the pre-order period.
Update your device or payment method, cancel individual pre-orders or your subscription at
Your Memberships & Subscriptions
There was an error. We were unable to process your subscription due to an error. Please refresh and try again. 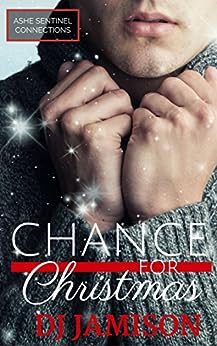 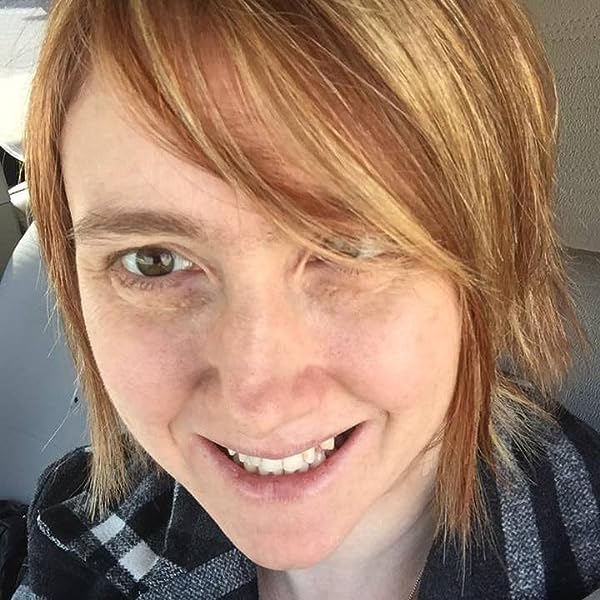 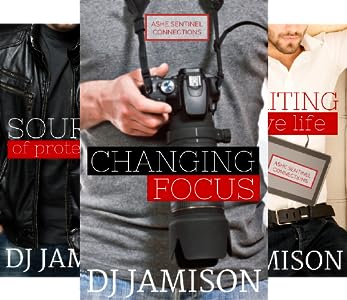 Amazon Customer
3.0 out of 5 stars Liked it
Reviewed in the United States on December 11, 2016
Verified Purchase
I recently came across this series and I have enjoyed each story. Each story has been different and I can't say enough how much I like that. Many times in a series the characters tend to blur together until they become indistinguishable from one another. I might be in the minority on this but I think it would be interesting to read more about Jared. I can't help but think he was changed by what he did to Chance. I was happy to see Sarah get her own romance despite the cruel secret Santa gift.
Read more
2 people found this helpful
Helpful
Comment Report abuse

javamonster
5.0 out of 5 stars Chance and Joe Finding Each Other
Reviewed in the United States on November 23, 2018
Verified Purchase
Stupid family politics (doesn’t everyone have some of that?) keeps the hero, Chance, from returning home to Ashe...and another issue that traumatized him as an 18 year old kid. The prosecutor for his case was attracted to him back then, but held on to it. Socially awkward, Joe is great at his job...and not much else, he thinks. But what he doesn’t realize is that Chance *also* can’t shake him out of his head. Satisfying story with a good resolution.
Read more
Helpful
Comment Report abuse

Jan-Hendrik Blank
5.0 out of 5 stars This seventh book of the Ashe Sentinel Connections series can be read as part of the series but also as a stand alone...
Reviewed in the United States on December 10, 2016
Because of the new character Chance and Joe it is like a small fresh start.

Joe, attorney and a beefy, trained guy (I must admit because he is described so introverted that he must have been a lean guy, but he’s quite the opposite) is a bit – but not much – older than Chance who left Ashe, Kansas because of his past. He suffered through a huge humilation caused though a highschool crush and went to L.A. to be an actor.

Being called home he is well aware of the ghosts from the past, but the most problems are made by his own mind.

He meets Joe again, the attorney who helped him in the past with his case, and both have heavy sparks flying around them. The chemistry is palpable and I really liked how the story developed from this on.

Because Joe is such a timid, calm character he is mistaken of being shy. But this also causes great, funny and hilarious scenes in the book. I say only: in the flat of Rick and Will. xD But on the other hand you have of course a bit pity with him.

Chance is also a character with a great burden. He is sometimes insecure, tries to be smart and charming, be self-confident but sometimes he stumbles.

Like other books of the series before, Rewriting his Love or Changing Focus, the book contains not too much sexual interaction. It isn’t really bad this time the sex is a bit more tamed because in the whole context it is fitting. Sometimes less is more and it depends on the character development. And this was good balanced.

That we have a few reappearances of the other character from the series is a nice aspect, it gives a better insight of some of the character. Some named things in the book are only to understand when you’ve read the books before but it doesn’t stop the fun in reading this as a standalone. I have a high connection to Sarah in this book whereas she was in the last books sometimes a bit annoying, though a few actions were over the top in this book. But it is nice to see a minor character also improving.

This book gets 5 out of 5 stars. I really liked it, the balance between Joe and Chance and also the vulnerabilty of both men. Both have a great burden to carry, and both fit very well together.

Chance went through a tough situation when he was 18. He trusted the wrong person and he was betrayed, humilliated and hurt. After such experience, he run away to LA to follow his dreams of being an actor. The only good memory he carries is from the prosecutor that helped him with his case. Now, eight years later he's back to Ashe after he finds out his father is very ill. He's not happy but he knows it's time to see his family again. What he didn't expect was to meet the prosecutor that made a lasting impression again.

Joe knows that work is not everything and that he can't keep avoiding his lack of social life. At least, his friends won't allow it. He's uncomfortable, shy and always putting his foot in his mouth so he prefers stay away from people even if that means he will never find Mr. Right. Nevertheless, Joe's and Chance's paths cross once more and sparks fly. This time he's going to do his best to show Chance he can have a home with him.

This is my second favorite book in the Ashe Sentinel Connections series. Chance has learned from his past mistakes but that doesn't stop him from having other relationships, even if he doesn't trust so easily. He's caring, sweet, proud of himself even if a little hesitant at times. He has done hi best to try to move on with his life, even though sometimes memories are too strong. His character kinds of teach you that when bad things happen, you can't let them stop you from being yourself. Joe, on the other hand, is not the confident prosecutor I imagined him to be, he's awkward and says the wrong things half the time but his feelings for Chance, the need he feels to protect him seems too real to me and makes his character even more loveable.

Overall, this is another fantastic Christmas book, a loving couple and a bunch of old characters that you will remembed if you read the previous books. I look forward to reading the next book.

SamhainQueen
5.0 out of 5 stars Loved this sweet story about a young man who comes ...
Reviewed in Australia on December 25, 2016
Verified Purchase
Loved this sweet story about a young man who comes back to the hometown he's been avoiding for the last 8 years, only to find himself reconnecting with the quietly charming, gentlemanly older man who helped him out back when he was a teenager. Neither of them have been living their lives to the full, instead closing themselves off in their own ways in order to protect themselves, but despite past experiences and more present fears, they manage to find themselves more fully by opening themselves up to each other. With lovely, likeable characters, and enough angst to make things interesting without going overboard, this is definitely a story worth reading.
Read more
Report abuse
See all reviews