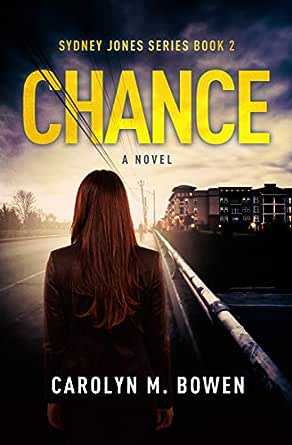 You've subscribed to Sydney Jones Novel Series! We will preorder your items within 24 hours of when they become available. When new books are released, we'll charge your default payment method for the lowest price available during the pre-order period.
Update your device or payment method, cancel individual pre-orders or your subscription at
Your Memberships & Subscriptions
There was an error. We were unable to process your subscription due to an error. Please refresh and try again. 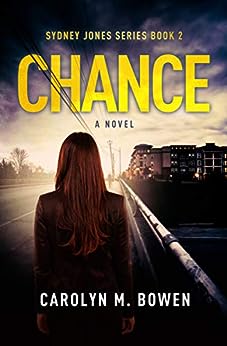 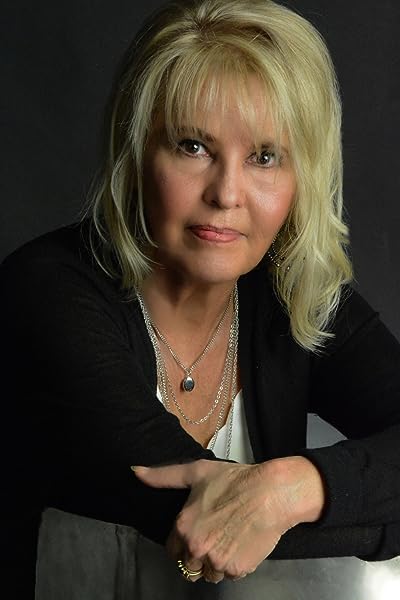 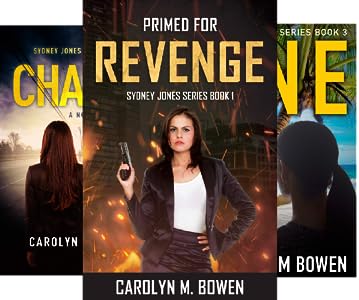 Walker didn't plan to fall in love with Sydney. He blamed their closeness in proximity, horrid circumstances in her life, and no friends but a paid confidant to comfort her. There was no one to hold her in their arms, and that's what the lady needed--to cry and release the pain in her life.Sydney struck a chord in his heart. Her beauty, along with her spark to keep going through the hell in her life, enamored him even more. Did he love her? Yes! The government had him now. It didn't take him long to realize they'd framed him for Roxanne's murder, then got his case dismissed when he agreed to become their agent. The problem was, Sydney may still think him guilty of murder. The agency didn't give him time to discuss the dismissal of charges against him. All he could tell her was the government needed him and he was catching an early morning flight.When Sydney Jones's bodyguard and lover, Walker, is framed by the CIA for the murder of a has-been rock star he once guarded, he has to leave the only woman he ever truly loved and go undercover for them or be found guilty and thrown in jail for life. He's not even allowed to tell Sydney where he's going or what he's doing; he just has to...disappear.

CAROLYN BOWEN is a mystery author who calls on her life escapades and an adventurous, imaginative spirit to inspire and entertain. Bowen uses travel as a muse to explore cultures and dialogue to bring her stories to life. Her writing credits include: Cross-Ties, a romantic adventure; The Long Road Home, a contemporary crime fiction mystery; The Sydney Jones Series Mystery Thrillers; Book 1: Primed For Revenge, and Book 2: Chance - A Novel.
Read more

Spoilers: Carolyn M. Bowen’s Sydney Jones Mystery Thriller novel, Chance has the earmarks of being a good thriller. It has a suspenseful plot that veers into some personal drama for the protagonists. But it needs a tighter structure and better writing for it to be a truly great work.

Attorney, Sydney and her lover Secret Agent lover, Walker are about to settle down into a real relationship when stuff happens. Walker's ex-girlfriend turns up dead and his employers send him into hiding.

Left alone without any means to contact her boyfriend, Sydney discovers that she is pregnant right when she is given a particularly dangerous assignment. She decides to take on a case representing the American mistress of a member of the Chinese mafia. Of course this case puts her right on the mafia's target list and Walker has to deal with his own dangerous situation while hiding in the Caribbean.

Chance is your standard thriller and mystery plot with plenty of tense and suspenseful moments. There are car chases a plenty and enough dead bodies to fill a house party at the local cemetery. There are many chapters where Sydney and Walker are being followed by scary dudes. In one particularly tense moment, Sydney's son and housekeeper are stalked by someone after Sydney causing her to question her career and ability as a mother.

The main characters are well written. Sydney is a particularly admirable protagonist. She is always willing to help people and even though she has to face single motherhood, she compartmentalizes her life to commit herself to her job and to caring for her son.

Walker is also a great character. He is more cautious than Sydney, but he is still dedicated to his job. He also sincerely regrets his circumstances. He misses Sydney and wants to be part of hers and their son's lives, even though he is on the run. He is also something of a knight in shining armor protecting others like a young woman with whom he develops an emotional attachment.

Bowman also writes the supporting characters are a mix. The antagonists are your usual grab bag of mobsters, double agents, stalkers, and assassins mostly one-dimensional and interchangeable.

However, one supporting character that stands out is Nancy-Lynn, the aforementioned mistress. In most books, she would be a manipulative gold-digger/Trophy Wife. In this one, she is a sweet naive girl who realizes that she is in over her head and needs assistance to get out. The moments where Sydney helps Nancy-Lynn gain a new career and independence are genuinely heartfelt and touching.

However, the book has some serious drawbacks. It takes place over a large span of time almost two or three years, judging by the age of Sydney's and Walker's child. With some books a large passage of time is fine, but with a suspense novel it needs to be shorter and tighter. Characters discussing the same case for years might be true to life but stretches credibility in literature.

It doesn't help that the characters don't develop with what would be expected in such a long time. They are well-written but they are the same people in the same situation year after year. Surely, such a long time in passing requires a bit more depth.

The other problem is with Bowmen's writing style. It is almost all description and summary. The book has minimal dialogue. Instead it delves into summarizing events as though the book were an extended outline of ideas that Bowman had rather than an actual book. After awhile it gets repetitive to read paragraphs like

“His contact Euquerio meaning 'surehanded’ went straight to the point. Yes, the former agent was killed when learning about sources causing the medical illnesses at the embassy. His informant was the mistress was one of the top-ranking military commanders. She was found with him and taken to an unknown location for questioning. He wasn't sure what happened afterwards, but hadn't seen her in the bars she frequented. He suggested not looking for her, for if alive and found, she'd attract the government for him.”

The writing goes on like this. The phrase “show, don't tell” definitely comes to mind.

There is a lot with this book that could be salvageable: lots of suspense and some interesting protagonists. But the writing needs to improve before Carolyn M. Bowen and Sydney Jones can receive a second chance.

Kimberly Grow
5.0 out of 5 stars Fantastic Crime Novel!
Reviewed in the United States on November 17, 2019
Chance is the second novel in the Sidney Jones series. Carolyn Bowen takes her readers on adventures all around the world, and the settings are fabulous!

I will fully admit that I did not read the first novel in the series, Primed for Revenge, and I feel that I should have read it before reading Chance. I am confident that I missed a lot from the first novel that may have made me feel better about Chance.

Now, that is not to say that I didn’t enjoy Chance. On the contrary, I thought it was a great novel. Bowen has a way with words that make you feel like you are there with the characters sitting on a Barbados white sand beach.

Unfortunately, without having the background on Sidney and Walker’s relationship, I was incredibly upset at the way he behaved through the novel. A guy as smart as Walker could have arranged any number of situations where he could have made a difference. Instead, he went in a direction that made me perpetually mad at him.

I won’t let that shadow my rating, though, because the writing is fantastic. My anger at the characters does not take away from the phenomenal writing and how well Bowen describes her world to us. So, with that in mind, I award Chance a full 5 out of 5 stars.

I do recommend that you read the novels in order, as Chance was not a standalone novel, nor is it meant to be. I will be going back and reading Primed for Revenge to up my knowledge before the third novel is released.

Special thanks to the author and Blackthorn Book Tours for gifting me a copy of Chance in exchange for an honest review.
Read more
Helpful
Comment Report abuse

Isobel Blackthorn
4.0 out of 5 stars Good read with a strong female lead
Reviewed in the United States on November 18, 2019
Chance is a gripping psychological thriller that takes the lid off the underbelly of Atlanta, Georgia, the various cultures at play, the sleaze, the Chinese mafia. Adding to the intrigue, the involvement of the CIA. Meet tough, no-nonsense lawyer Sydney Jones, her beefy bodyguard-lover Walker and washed-up rock star Roxanne who attempts to lure Walker back to her side and ends up accidentally dead for her trouble. I particularly enjoyed the complexity of Sydney’s unexpected and unwanted pregnancy.

The narrative has a strong forward drive that makes for very fast reading. Written in third person personal, the story flits seamlessly from character to character in a fluid jump cut style, an approach that takes a moment to get used to but works well. Bowen’s pastiche of character-led vignette’s adds to the tension, lending a sense of urgency. Sacrificed is the deep point of view of the contemporary thriller – this technique applies especially to psychological thrillers – and Chance is light on dialogue and long action scenes, again, key drivers of the thriller genre. Nevertheless, Bowen has deployed a narrative style that captures the reader and keeps them turning the pages until the very end. Well written with good plotting and pacing and enough intrigue and twists to keep you on your toes, Chance will keep you guessing, waiting for the pay off at the end. Recommended to those after a lighter read in the thriller genre. Chance will also appeal to those after strong female leads.
Read more
Helpful
Comment Report abuse
See all reviews from the United States