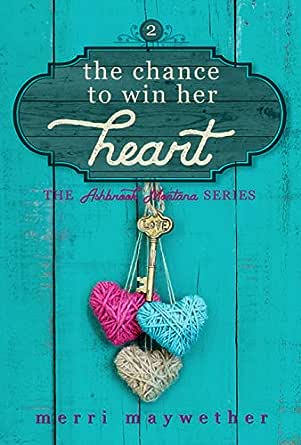 You've subscribed to Ashbrook, Montana! We will preorder your items within 24 hours of when they become available. When new books are released, we'll charge your default payment method for the lowest price available during the pre-order period.
Update your device or payment method, cancel individual pre-orders or your subscription at
Your Memberships & Subscriptions
There was an error. We were unable to process your subscription due to an error. Please refresh and try again. 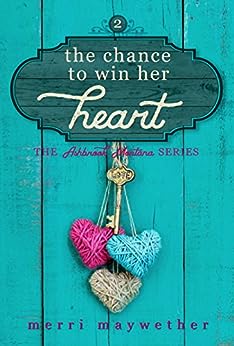 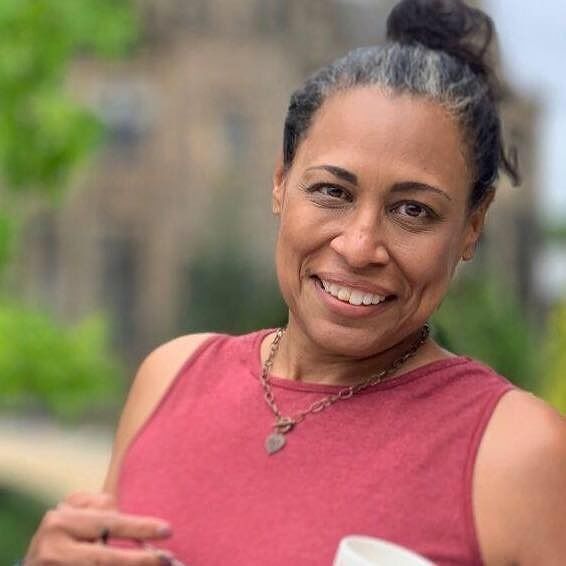 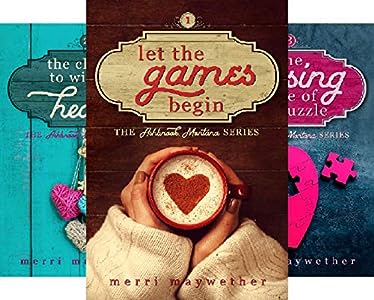 Twenty years ago, Merri Maywether went on a date with a very sweet man from Montana. Three weeks later they were engaged and they have lived happily ever after.

When I write my romance novels, the characters are the people that I see on a day to day basis. Up here in what I like to call the far, far north, people work hard, live fiercely, and love knowing that they have a community of people behind them to celebrate the victories and support them through the hardships.

The best part...similar to the characters in my stories, we all work together to make every day a happily ever after --This text refers to an out of print or unavailable edition of this title.

Kimberly McGuire
4.0 out of 5 stars Easy to follow
Reviewed in the United States on January 3, 2017
Verified Purchase
Easy to follow, quick, light read. There are some typos that interfere with reading - but because I know the author. this may be a formatting error.
Read more
Helpful
Report abuse

Emily Pennington
TOP 500 REVIEWER
3.0 out of 5 stars "Just Say No"
Reviewed in the United States on January 16, 2021
What a terrible situation for a woman to be in! Gina Davidson was being pressured by her father to marry the man of HIS choice, Eric Sandberg, another wealthy land-owner who wanted the woman who would inherit more than he would. Oh my… can you say swoon, how nice to be so loved. I crossed him off my mental list early. As for Gina, not that she gets a choice, she has a long-time crush on Jorgen Backman who was her older brother’s best friend and the town playboy – and Gina looked at him like a “brother” up until he decided to win her heart against Eric. But until the tug of war for Gina heats up, he didn’t make his desire clear either. At this point, I didn’t like either man and would have run away from home rather than marry either one. I didn’t believe either loved her; it was just a competition to see who could win Gina and the wealth. And why, when she is in her mid-30’s, does her father get to pick a husband for her?

The important thing to me in getting into a book is to like the characters, or at least care about them in some way. I just didn’t like these guys, and Gina was unbelievably naïve for her age. She wasn’t ready to be a wife! How can there be a relationship when no one even dated her until the raffle… uh wedding battle… started? I had no trust in either guy, and Gina would have been wiser to go find someone else other than her two fickle choices.
Read more
Helpful
Report abuse

Marie B
4.0 out of 5 stars Naive Gina and Her Questionable Suitors
Reviewed in the United States on January 17, 2021
Gina’s father wants her to marry and give him grandchildren even more so after he’s in a bad car accident and has a heart attack. Eric, who used to bully her and made her feel ugly in their teens wants to marry her, boorishly bringing up marriages of conveniences and how theirs was arranged previously by their parents. Gina has a crush on her deceased brother’s best friend Jorgen and he only starts to show an interest in her when Eric does. He knows she has hardly dated and still seduces her and then pushes her away going back to sleeping around with other women, until it comes to his attention that their might be consequences. I immediately thought for someone who is such a player why didn’t he take precautious, otherwise he potentially exposed Gina to an std too. At first I was highly unimpressed with either man and they were buffoons at times, but one does change his ways and wins her heart.
Read more
Helpful
Report abuse

MaryEllen
4.0 out of 5 stars realistic story
Reviewed in the United States on January 1, 2021
This is my voluntary review of a copy I received from Booksprout.

The characters are well done, and they stayed in character throughout the story.
The dialogue seems pretty natural, too.

I think the characters are way too old to be going through what they do, but it fits with their personalities—I don't mean an immaturity issue with them. It's more like they were all in their little track and sudden something jumped the rail and all these lives are changed.

Although they say grace before eating and there is a scene where they talk with a pastor about Biblical love, this is not a Christian story... more of a “contemporary romance.”
Implied sex and its aftereffects play into the story... as well as fade-to-black sex with a different partner.
Read more
Helpful
Report abuse

Renee
4.0 out of 5 stars who wins?
Reviewed in the United States on October 12, 2020
Jorgen and Eric both want Gina. One wants her for his forever and the other for right now. Honestly I didn't really care for either man and she made some IMO stupid mistakes. But that's how we learn. Jorgen was a really good friend and I liked him at first and then I didn't. Eric was so arrogant until I got to know him and realized how much he really did love Gina. Her dad well he meant well. Gina didn't take anything off of Eric and I think that is why I was rooting for them to be a couple. Who wins her heart? You gotta read the book to find out. Loved the ending.
Read more
Helpful
Report abuse

Ruth Starchman Book Reviews
5.0 out of 5 stars The Chance to Win Her Heart : Ashbrook , Montana Series #2 by Merri Maywether
Reviewed in the United States on October 28, 2018
Gina Davidson was in her thirties and had never dated or been kissed, she had a crush on her older brother Rory' s best friend Jorgen. After her brother's death Jorgen and her father became as father and son and Gina like Jorgen' s little sister. Eric Sandberg a wealthy land owner like Gina and her father had decided he wanted to make Gina his wife. This is a great story of the push to win Gina' s heart.
Read more
Helpful
Report abuse

LK
4.0 out of 5 stars small town life captured
Reviewed in the United States on October 27, 2018
I really enjoyed how the author very credibly grew relationships found in every American small town in this book. Likewise, I felt the highs and lows the characters experienced--from deaths and health issues with family members to best girlfriends, jerk ex-boyfriends, and the stories of lives lived intertwined forever. Unfortunate editing...as an English teacher I cringed at some of the errors.
Read more
Helpful
Report abuse

mcappon
2.0 out of 5 stars No wonder she was single.
Reviewed in the United States on October 12, 2018
If these were the men she had to pick from, no wonder she was still single at 35. I only made it to 57% through the book and couldn't take it anymore.
Read more
One person found this helpful
Helpful
Report abuse
See all reviews