A Change of Tactics: A Sime~Gen Novel and millions of other books are available for Amazon Kindle. Learn more
Kindle
$4.99 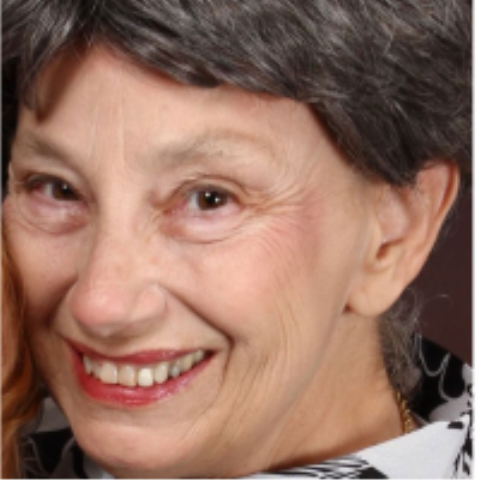 "Spellbreaker" by Charlie N. Holmberg
A world of enchanted injustice needs a disenchanting woman in an all-new fantasy series by the author of The Paper Magician. | Learn more
click to open popover

Start reading A Change of Tactics on your Kindle in under a minute.

Koren55
5.0 out of 5 stars Another new Sime/Gen saga
Reviewed in the United States on January 13, 2019
Verified Purchase
New, well I bought this novel when it was released. I kept it in my to be read file because I hoped the next two books in this trilogy would have been released by now. They haven't....yet.

This novel continues the Sime/Gen universe and the basic premise is opening a Sime Center in Gen territory. It's a universal story about how religion can be distorted by fanatics. In this case a specific church is so anti-Sime they think Simes are devil incarnate.

A side story is about the search for manned flight, its rediscovery after the fall. In the Sime/Gen universe, fossil fuels and metals have been exhausted. Now they use Windmills to produce electricity and the Simes are now using Selyn batteries for power.

It's an interesting story, one with parallels to today's fight for reproductive freedom and equality for the LGBTQ Community. As a Gay Senior, during my life I've been demonized by religious fanatics, I've been cursed at, called names, and have been discriminated against multiple times. I've also seen pickets at Women's clinics, run by religious fanatics like in this novel.

It's a great addition to the Lorrah/Lichtenburg Sime/Gen universe. If you're new to this series, try to read them either by publishing date or in order of time. Either way you'll be introduced to this wonderful fantasy/SF novels.

I highly recommend, just know I've been reading books in this series since they were first introduced decades ago. I'm a big fan.

Now where are the other two books in this trilogy? Jackie?
Read more
Helpful
Report abuse

winterhawk
5.0 out of 5 stars Enjoyable entry to the Sime-Gen Series. Fans will enjoy this!
Reviewed in the United States on January 22, 2019
Verified Purchase
I've been a fan of the Sime-Gen Universe since the Seventies, when I first found House of Zeor (with a hideously ugly cover--I'm so glad the green blobby dudes didn't deter me from a great book). I've eagerly devoured every subsequent book and enjoyed them all. This one is written by Mary Lou Mendum, a longtime SG fan, rather than Jacqueline Lichtenberg and/or Jean Lorrah, but I can definitely see their guiding hands in the story. I really enjoyed it--the characters are fun and likable with just enough quirks to make them interesting, and there's plenty of the stuff SG fans will enjoy: transfers, Tecton bureaucracy, changeover crises, and bigots and ignorance to deal with on both sides...I'm looking forward to the next one in the series.

My only slight issue with it was I felt there was a little too much focus on the flight aspect. It almost seemed like the author might be really interested in flying and aeronautics, and the details about them detracted a bit from the main story because they didn't "pay off" much in the plot. But it's a small thing, and I get the impression flight will be more important in the next book in this series-within-a-series (due especially to the mention of the ultra-light skateboard material) so I'm still going to give the book five stars for the enjoyable Sime-Gen tale and look forward to reading the next installment.
Read more
Helpful
Report abuse

Pamela M
5.0 out of 5 stars A winner
Reviewed in the United States on April 29, 2017
Verified Purchase
I'm up at midnight because I read this one straight through! As a Sime-Gen reader from the beginning, I treasure each new addition and this one did not disappoint. The characters were likeable and faced real challenges. The writing was professional and the plot flowed smoothly. In the past I've not liked the modern Tecton stories as well for suddenly it became too much about dynopters and gradients and less about emotion and relationships. Sometimes it was much too convoluted and the characters seemed lost. There was a good balance in this book despite its modern era. jWhen will the next one come out?
Read more
2 people found this helpful
Helpful
Report abuse

Richard St. Clair
5.0 out of 5 stars Compelling characters, engaging storylines. This is book crack!
Reviewed in the United States on March 15, 2019
Verified Purchase
I just love MaryLou Mendum’s stories and writing style! I fall into Clear Springs, and the characters and storylines are so real and compelling that I have trouble re-entering the real world when the story ends! I also am someone who read the original version with the walnuts, and I’m excited that this series is being revised and expanded with new material. Please write faster!
Read more
Helpful
Report abuse

Crystal Ratcliffe RN, BSN
5.0 out of 5 stars Bye Walnuts, hello planes!
Reviewed in the United States on August 22, 2017
Verified Purchase
i read this story originally in the 90's in a fanzine firm the author while she was at the University of California Davis. There was a sub plot concerning walnuts running through the story. it was amusing if not occasionally gross with some cute imagery (still see Den with a stained cheek) but that was all missing in the professional version. Walnuts were replaced with a hobby of making things fly. it was an interesting hobby for a Donor t have and it gave an interesting view of the society trying to resurrect scientific knowledge we take for granted. It was interesting to see the Gen society through the eyes of a sime populus view.
Read more
Helpful
Report abuse

NoPenName
5.0 out of 5 stars Very imaginative!
Reviewed in the United States on May 26, 2017
Verified Purchase
It has been a LONG time since I first read these Sci-fi novels so am guessing on that experience not having enjoyed them yet per Kindle but I would say they are fine for older teen at least. The premise is very interesting and not something I have run across in any other book of the gender. I would highly recommend reading.
Read more
Helpful
Report abuse

Ambre P
5.0 out of 5 stars Why don't more poepel know about the sime-gen series? Well more books for me!
Reviewed in the United States on September 26, 2017
Verified Purchase
I have bee buying these for years and am always happy to see more sime gen universe. I enjoyed this very much and found to to fit well into the existing story-line....and look fondly to seeing more.
Read more
Helpful
Report abuse
See all reviews