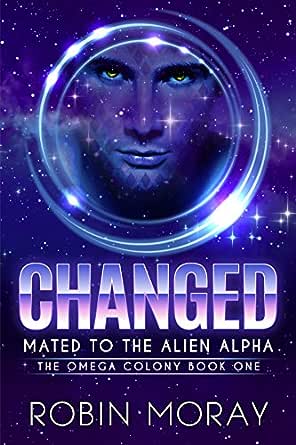 You've subscribed to The Omega Colony! We will preorder your items within 24 hours of when they become available. When new books are released, we'll charge your default payment method for the lowest price available during the pre-order period.
Update your device or payment method, cancel individual pre-orders or your subscription at
Your Memberships & Subscriptions
There was an error. We were unable to process your subscription due to an error. Please refresh and try again. 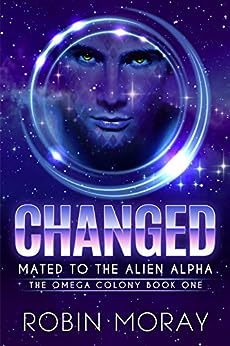 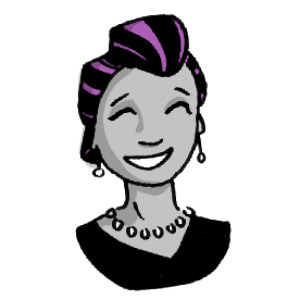 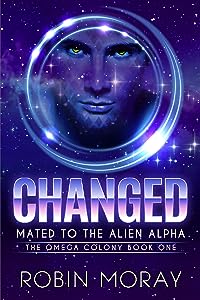 4.5 out of 5 stars
4.5 out of 5
115 global ratings
How are ratings calculated?
To calculate the overall star rating and percentage breakdown by star, we don’t use a simple average. Instead, our system considers things like how recent a review is and if the reviewer bought the item on Amazon. It also analyzes reviews to verify trustworthiness.
Top reviews

annob129
3.0 out of 5 stars Steamy sci-fi romance!
Reviewed in the United States on July 9, 2018
Verified Purchase
I enjoyed this futuristic off-world science-fiction romance story in spite of it having many flaws. My main complaint would be characters not behaving according to their assigned professions and expertise. The maturity of most characters came across as 19-20 year olds on their first camping trip, when they were all supposed to be academic scientists; xenolinguists, biologists, medical doctors etc. with plenty of exoplanetary travel experience.

The world building and alien cultural aspects imbedded I did enjoy reading about. However, the world portrayed does take plenty of leaps which seemed unlikely to me. For example water hasn't the same viscosity as here on Earth, but still is drinkable for humans. Or the fact the atmosphere is coloured pink, which would mean it's made up of different mix of gases than on Earth but somehow still fully breathable. Or expedition members wearing casual blue jeans at their first touchdown on the planet, not space suits or other more appropriate first-contact expedition gear. Such details disappointed me about the sci-fi element of the story.

All my complaints above, as an exotic steamy story this book does work very well. There are some smoking hot scenes in here, and plenty of them. The main and side characters were likable and the insta-lust and chemistry between them tangible. The storyline flowed with ease and kept my interest up throughout. It's pretty obvious book 1 is setting up several future alien pairings with the rest of the crew members. I admit I would be curious enough to return to this world in a sequel.
Read more
12 people found this helpful
Helpful
Comment Report abuse

Daniel Bowen
4.0 out of 5 stars Changed: Cameron and Ta'jen's Story
Reviewed in the United States on July 6, 2018
Verified Purchase
Cameron is a scientist, loves to learn, being on a new planet, and willing to do anything to go discover a new species, a new plant, wildlife, anything. He's not picky. He has this light hearted open outlook that is perfect for this story. From a chance encounter with a wild beast, Cameron is saved by a humanoid alien named Ta'jen. But of course only Cameron sees him. So Cameron has to prove this planet is inhabited by intelligent life - Something their leaders and scans completely missed.

These are two very different men that don't speak each other's language. It helps to have both Cameron's and Ta'jen's points of view. This world called Omega was written just right -- I could picture the treetop village as Cameron did. Enough world building without going overboard. Along with discovering a new species, which was the main push for this story, humans are also changing. Altha and amekha: Alpha and omega.

I'm looking forward to finding out what happens when the higher ups know this is an inhabited planet. Months went by and while Cameron and Ta'jen are doing fine, we don't know how the human base is doing, the outcome there, those missing, the beacon. . . You name it, a lot was left hanging. And when all is said and done, in this society Hrana can't be a functioning member and who knows how his tribe will treat him. Yes there is a lot unsaid but I'm reminded this is the start of a series. - Dan's Wife
Read more
3 people found this helpful
Helpful
Comment Report abuse

Gerbera
TOP 500 REVIEWERVINE VOICE
4.0 out of 5 stars A good read
Reviewed in the United States on August 10, 2018
Verified Purchase
I liked most of the book and I can say that the world-building was outstanding. Everything was detailed and so vivid that I could just imagine it in full color. I love new planets and undiscovered alien species and this book totally delivered on that front. What was funny was when I got to the middle of the book I had a case of deja vu - it all was distinctly reminiscent of Pandora and Na'vi people from the movie Avatar who were indigenous very tall blue-skinned creatures living in a huge tree. So that fact kind of dimmed the enjoyment from the story for a bit.

I liked both Cameron and Tal'jen and I think that they were well-suited for each other. I didn't expect Tal'jen to be so sweet and romantic, a tad too accommodating when he meets Cameron's colleagues but he bore everything with grace and patience and is a very likable and friendly alien. Cameron is a bit of a nerd and very free spirit easily accepting his alien and all the new changes in his life. What I didn't like about the whole situation was the BIG MISUNDERSTANDING when they couldn't communicate and Tal'jen thought that Cameron accepted him as a mate and Cameron was just exploring new alien species. That was a little skewed and misleading but I am glad that feelings existed on both sides and all was well in the end.

The subsequent village visit and tribal life was an pleasant part and very steamy and uninhibited but also full of new knowledge and described in great detail and a very enjoyable read. The conflict in the end helped to balance the sweetness and acceptance of alien people and make it into one good SciFi novel. I enjoyed the last part of the book very much and I really recommend it. You will have lots of fun!
Read more
2 people found this helpful
Helpful
Comment Report abuse
See all reviews

Lorraine L.
4.0 out of 5 stars So enjoyable. Purple is DEFINITELY the colour 😉
Reviewed in the United Kingdom on August 4, 2018
Verified Purchase
*Buddyread Time with Shin*. 😁😁😁

Purple is the colour
Alien is the game
They are now all together
And getting him pregnant is his aim.
So cheer on Tal’Jen
Through the language barrier
‘Cause getting Cameron Grant is now his aim.

“The Company said Omega IV was uninhabited. They said Omega IV was safe.” was the Company wrong.....
My question is, how can a 7’, sex-on-legs, purple alien be wrong? I’m booking my flight now, Shin is way ahead of me and already on route 😉.
I soooooo enjoyed this 😁, even though it had some faults. Not Tal’jen. Tal’jen should be the next face of Adult Only Ribena, I guarantee it would outsell Coca-Cola, Pepsi, Mountain Dew and even tea!
If I had only one word to describe this book, it would be FESTEE = futuristic, exploratory, science team, exotic erotica.
So let’s talk about the faults....well, you are going to have to be lenient with the scientific plausibility and if I’m really honest, the actual Science Team themselves. Aren’t Scientists supposed to be intellectual, academic and scholars? Obviously in the future they have lowered their standards because this Team came across as juvenile to say the least. But they were mostly a likeable bunch and as it’s so rare to have an actual storyline with an erotica based storyline, I was content to let them and my questions fly over my head and just enjoy Tal’jen and Cameron 😁.
Lots of questions to be answered, but Tal’jen and Cameron got their HEAs, so I’m eagerly awaiting Book 2 to be released. No date yet, but Shin is in Stalking Mode and already stalking the author....I almost pity her 😂😂.

4 purple is the colour stars from me.
Read more
Report abuse

Kindle Customer
5.0 out of 5 stars First contact love story
Reviewed in Germany on August 12, 2018
Verified Purchase
Ineresting characters and a good plot. Some typos but nothing major. I wish it was longer but that's because I enjoyed reading it so much.
Read more
One person found this helpful
Report abuse